Morning all. I’m back. Sorry about the absence. I escaped to France last week and discovered, to my horror, that there was no Wi-Fi at my resort. This meant that my contact with cricketing civilisation was limited to say the least. I missed the conclusion of the Test match, the ODIs against Ireland, plus the start of the Grumpy Bob Trophy. My only source of cricketing information was my phone. But even then I had to watch my data usage carefully. It was like being trapped in a cricket-less prison … albeit one with sun, a nice pool, good food, and more beer than David Boon could drink. I’m sure your heart is bleeding for me.

Because I wasn’t able to watch the conclusion of the Test match, I can’t comment on the result with much authority. However, it seems to me that England stream-rolled an inferior force in the end. The Windies started the series excellently but didn’t have the depth to compete over three games played in quick succession. Their first-string bowlers tired badly whereas England were able to rotate their pacemen strategically and keep them fresh. In fact, I don’t think anyone really knows who / what our first-choice attack is anyway. The management can rotate the personnel without weakening the final XI. Chris Silverwood must feel like Pep Guardiola.

The big story from the game, other than Pope’s return to form, and the developing Burns / Sibley axis, was Stuart Broad’s impressive performance. Moving past 500 Test wickets was a massive achievement. Well done, Stuart.

However, predictably this led to the usual hyperbole in the media with all sorts of daft comparisons to the likes of McGrath and Ambrose being made. The official England Facebook page even asked supporters where they’d rank Broad in the pantheon of international fast bowlers. This gave the nation’s more patriotic and slightly less erudite cricket watchers plenty of scope to tub-thump.

I hate to break it to you guys but Broad is not one of the best fast bowlers ever. Yes he’s good, and on his day he’s very good, but he’s not an all-time great. Two weeks ago he wasn’t even considered one of the four best fast bowlers currently available for England by his own captain. This might sound harsh, and I wouldn’t go as far as some Australians to play down his achievements, but we need a little perspective too.

About eighty bowlers have averaged less than 25 in Test history. Heaven knows how many have averaged less than Broad’s 28. And let’s not forget that Broad has taken the lion’s share of his wickets with the Dukes ball on helpful English wickets. He averages 33 away from home and 38 in Asia. Even Broady’s strike rate of 57 isn’t top table stuff. Bumrah’s is currently 45 (even though he plays in Asia), Rabada’s is 41, Cummins’s is 47, and Steyn’s was 42.

Much like Alastair Cook, Broady owes his massive tally to the sheer number of games he’s played – a whopping 140 Tests. Yes longevity is to be admired, and it’s a hell of an achievement to remain effective when you reach your mid-thirties, but credit must also go to management for restricting his workload so effectively over the years.

In days gone by, talented bowlers like Angus Fraser and Darren Gough shone brightly for a period but then burned out quickly as they were over-bowled in all forms. Broad and Anderson have been managed carefully, like the thoroughbreds they are, and England have reaped the rewards. It’s marvellous when you think about it. English cricket has actually showed some brains for once and lengthened (rather than shortened) the careers of two prime assets.

So well done, Stu. I don’t think he’s one of the best seamers of all time – I’d probably place him in the top 6 or 7 English seamers of the last thirty-five years – but he’s brilliant nevertheless. We’ve all enjoyed watching him immensely – from the celebration-appeals to his match-winning spells – and I hope there’s plenty of gas left in the tank.

One can only admire Broad for his determination, his intelligence, his skill and his sheer bloody mindedness. He’s been a fantastic servant for England and I wouldn’t be that surprised if he ends up with something approaching 575 Test wickets. He certainly looks after himself and the injuries have mercifully stayed away recently.

Overall there’s no question that Broad is an England legend. But let’s keep the conversations about his place in the cricketing hall of fame grounded please – otherwise we’ll end up looking rather parochial. 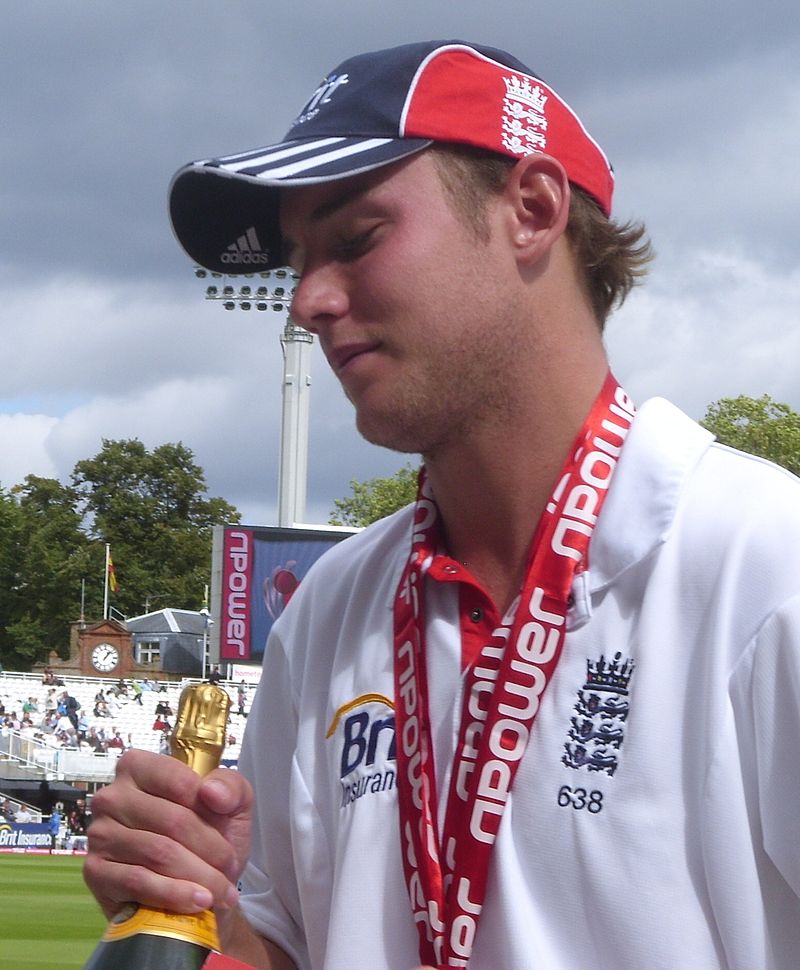 Before I move on there’s just enough time for a spot ‘stick or twist’ before the Pakistan series. England are big favourites again – Pakistan are as long as 11/2 in the cricket betting at Unikrn – but we shouldn’t take the visitors lightly. And after England’s rather curious team selection last week, there’s no guarantee that we’ll actually pick the right XI.

Fortunately, however, most of the team pulled their weight against the Windies, therefore the squad should be brimming with confidence. There are just two players whose positions are somewhat in doubt – Bess and Buttler.

When it comes to Bess I think I’d be happy to give him time. He didn’t bowl as well against the Windies as he did in South Africa, but the coaches might be able to rectify this like they did on the England Lions’ winter camp. What’s more, spinners often need a lot of bowling to find their rhythm. Jack Leach remains the better bowler but he’s played even less cricket.

As for Jos, he batted well in the third test and his half-century has probably secured his place. However, it’s worth mentioning that Ed Smith’s first act as national selector was to drop James Vince, who made two half centuries in his last six Test innings including 76 in his final knock before getting the axe.

Vince was still dropped though because Smith judged him on a body of evidence rather than one innings. The rules will obviously be very different for Buttler though. Over in France they call it ‘favoritisme’.

So what did you think? Yesterday the BBC showed their first live cricket match since 1999. It was just the second live game broadcast on terrestrial television since 2005. There was therefore quite a lot resting on this particular broadcast. How would they present the game to a new audience – one which was either returning to cricket or stumbling upon cricket for the first time? Personally I thought they did well. It wasn’t crusty and old hat; nor was it too eager to be all new and...

Not a lot enthuses me these days. I’ve very much hit that grumpy old git stage of life. If you gave me a gift horse, the first thing I’d do is look at its teeth. And I’ve seen more young English batsman come and go than I’ve had cucumber sandwiches. Not a lot of them have got me excited. However, I’m beginning to think that England have finally found a couple of young batting starlets worth watching. The first is Ollie Pope, who sadly didn’t trouble the...

I have an admission to make. I haven’t been able to watch as much cricket as I usually would this summer. I’m as busy as hell at work whilst trying to juggle two young kids, a garage conversion, and some cricket blog you might have heard of. However, I have been lucky enough to watch a lot of Jimmy Anderson. Why? Because I go out of my way to see him. Watching him bowl for England has been part of my life for seventeen whole years. I don’t like the idea that he’ll soon...

Today Mark Cohen suggests that England should balance their side at the Ageas Bowl by giving Chris Woakes more responsibility with the bat. Yes, we might be getting carried away with the run chase heroics. Yes, Saturday’s victory against Pakistan included numerous slices of good fortune on what was a minefield of a fourth day wicket. And yes, Chris Woakes still only has a solitary test century to his name. But fate may have thrown England a chance to discover if they have a second world-class...