The County Championship is getting into full swing after a wet start to spring and defending champions Essex have already made a victorious opening to their defence of the Division One title.

That side containing former England captain Alastair Cook are 100/30 favourites to retain their crown ahead of 5/1 chances Surrey and Yorkshire in the outright betting. One of the liveliest markets on offer in English cricket, though, is who will be best bowler in the County Championship?

Players who perform well with the ball at this level can put themselves in contention for a call-up to the national team; so, if you’re looking for a punt or two, check out this William Hill free bet offer, allowing knowledgeable cricket fans can cultivate wicket takers into winners.

During these early knockings of the season, how is that County Championship Division One best bowler market shaping up then?

Last year’s triumph by Essex was built upon the runs of Nick Browne but also terrific bowling by right-arm paceman Jamie Porter and off-break spinner Simon Harmer, who took 147 wickets between them. Both boasted averages with the ball of less than 20.

Porter was particularly economical bowling 399 overs in 13 matches and taking 75 victims – including five five-wicket hauls – at an average of 16.83. He has started the new County Championship campaign in the same vein after taking a match total of 9-80 against Lancashire.

It’s no surprise to find Porter prominent in the betting as 6/1 joint-favourite; while Harmer, who took 5-46 for Essex in their first innings against the Red Rose county after 72 wickets last season, is close behind at 7/1. This duo really gives the defending champs a potent combination of attacking options.

Abbott is Hampshire’s hotshot, Coad a contender for Yorkshire 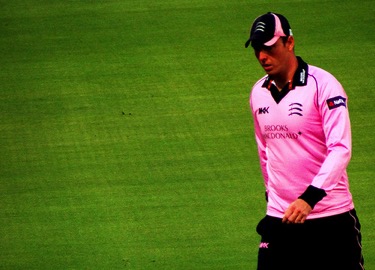 Former South Africa paceman Kyle Abbott was best of the rest for Hampshire behind Essex pair Porter and Harmer last season and is already in double figures for County Championship wickets again this year. Having played international cricket before but opted to retire from such duties in order to turn out in this competition, 6/1 market principal Abbot gives the south coast county a touch of class in their bowling.

He is also supported by fellow fast bowler Fidel Edwards (16/1) – another ex-international with the West Indies – and all-rounder Liam Dawson, who can expect continuing involvement in the England setup. Abbott could certainly better his 60 wickets total from the 2017 campaign.

Yorkshire, meanwhile, remains a real conveyor belt of talent and young paceman Ben Coad is building on his 50 County Championship wickets last year. An impressive 10-wicket haul in the first fixture the White Rose county have been able to play this term against Nottinghamshire highlights his huge potential.

It marks Coad out as an exciting contender at 12/1 to best County Championship bowler in Division One, though he remains behind Lancashire’s Australia international Joe Mennie (11/1) in the betting. Coad looks the value bet each-way in the market at this stage.