The 2020 ICC Women’s T20 World Cup happened from February 21 to March 8, 2020, and was hosted by Australia. The tournament had a total of 23 matches played between 10 participating teams.

Online sportsbooks like Sportsbet.io covered the cricket tournament and released odds for fans to wager money on their favourite team.

The final match for the tournament happened at the infamous Melbourne Cricket Ground during International Women’s Day. Australia played against India for the championship title. The hosting team beat India by 85 runs and earned their fifth title.

This led to a back-to-back win for the Australia women’s cricket team who also won the previous edition of the tournament. Currently, Australia holds the most championship titles with a total of five. Team captain, Meg Lanning must be proud of her teammates for reaching another feat.

As expected, the final match between Australia and India brought fans to the edge of their seats. The final match was attended by a record of 86,174 fans at the MCG. The Australia women’s cricket team won the toss and elected themselves to bat. In this match, Alyssa Healy scored her 2,000th run in the WT20Is format.

Unfortunately, Taniya Bhatia suffered a concussion after 11.3 overs of India’s innings and Richa Ghosh entered the field to substitute. 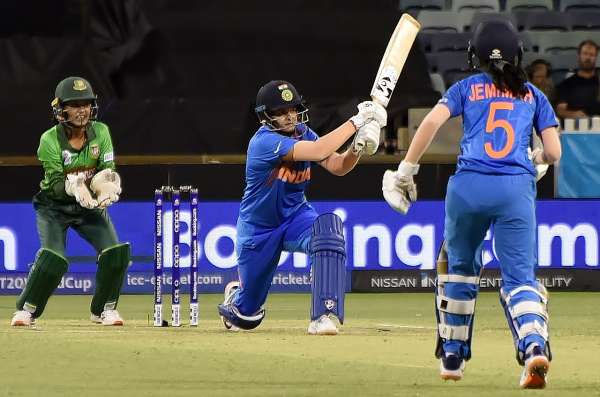 Get to know the top players from the Australia women’s cricket team in the latest edition of the ICC Women’s T20 World Cup:

Beth Mooney was named the player of the series after scoring the most runs with a total of 259. She is an Australian cricket player from Brisbane. Other than the national women’s cricket team, she also plays for Brisbane Heat for the Women’s Big Bash League.

Mooney’s T20I debut happened on January 26, 2016, against India. Now, in a final match against the Women in Blue, she was able to prove her excellence on the field by scoring over 200 runs.

Second on the list is Megan Schutt who scored the most wickets in the series with a total of 13. She has been playing for the national women’s cricket team since 2012 and is also part of the domestic team, South Australian Scorpions.

She is a right-arm fast-medium bowler who had her T20I debut against New Zealand. Schutt also plays for the Adelaide Strikers for the Women’s Big Bash League since 2015.

Jonassen is an all-rounder who bowls with a left-arm orthodox spin and bats left-handed. She debuted in the T20I format on January 20, 2012, on a match against New Zealand.

During the tri-series in February, her 5/12 paused India’s run chase and helped the Australia women’s cricket team achieve an 11-run victory. In the 2020 edition of the Women’s T20 World Cup, she gathered seven wickets which reduced the run flow in the middle overs.

Lanning is the current captain of the women’s national team. She holds the record for achieving the most career centuries in women’s One Day International with a total of twelve. She has the nickname ‘Serious Sally’ for her impressive skills in the field.

Personally, I’m a big fan of the Australia women’s cricket team and it was fulfilling to watch them earn another victory. Australia’s first win was in 2010, after beating New Zealand by 3 runs. For the next two editions of the tournament, the team took home victory until the West Indies broke their streak in 2016.

The Windies won against Australia by 8 wickets and took home their very first Women’s T20 World Cup championship title. However, after that, Australia continued to bag the championship in 2018 and in the recently wrapped up edition.

Meanwhile, the ICC Men’s T20 World Cup is set to happen from October 18 to November 15, 2020, and will also be hosted by Australia. A total of 45 matches will be played between 16 participating teams. The final match is scheduled to take place at the iconic MCG.

The current champion of the tournament is the West Indies cricket team who is also the most successful for their total of two titles. The tournament started in 2007 and has since been one of the most awaited cricket events. Online sportsbooks like Sportsbet.io will provide coverage for the cricket tournament and give reliable odds.

Cricket has a long history in the United Kingdom. Many people see England as the birthplace of the sport. The popularity of cricket in the UK goes back to the 17th century when it was widely practiced in rural areas. Besides the long history of cricket here are some of the reasons why cricket is so popular in the UK. Cricket Was Born in the United Kingdom The origins of cricket go as far back as the 13th century. There is even an account of Edward I which records a game like cricket being...