Are you missing cricket? Me too. I love April but it’s not the same without the start of the county championship to look forward to. The weather is improving, it’s still light at 6pm, the magnolia trees (a personal favourite) are in bloom, the cherry blossom is gorgeous but …. there’s no sodding live sport. Sigh.

It’s been hard finding the motivation to write about cricket in recent days – it all seems a bit irrelevant when hundreds of people are dying and the prime minister is in intensive care – but I’ll do my best to pique your interest and hopefully raise a smile with the following reminiscences.

What’s the best innings you’ve ever seen? I’ll give you my top 5 below. Some of them I witnessed in the flesh and the rest were on TV (they all count).

I haven’t just chosen the highest scores, of course, otherwise this would turn into a Brian Lara tribute. Instead my choices take account of the strength of the opposition, the match circumstances, and intangibles that I can’t explain i.e. they just captured my imagination and stuck in the mind for some reason.

Anyway, here goes. I imagine many of you will remember these knocks too …

Although the 2005 Edgbaston Test was possibly the best match I’ve ever seen, events twenty years beforehand at the same venue will always be special to me on a personal level. Why? Because they’re my very first cricketing memory.

I was just a nine year old flicking between the three TV channels available when I alighted on coverage of The Ashes. I was immediately hooked. There was something mystical, ceremonial, and tactical going on. And I wanted to know more.

The hero of that game was an elegant left hander who appeared to be the England captain. He flayed what I later discovered was a pretty handy Australian seam attack (Craig McDermott, Geoff Lawson, and Jeff Thomson) to all corners with incredible panache. I’m pretty sure this is why I still favour stylish batsmen today. I’m always pining for Gower.

England went on to win the Ashes that summer. Little did I know that we wouldn’t beat the Aussies at home again until 2005! I’ll never forget Gower’s rapier-like blade, curly blonde hair, and the fact I was completely flummoxed by the concept of ‘turn’. The commentators kept talking about it when Emburey and Edmonds were bowling in tandem. What the hell was ‘turn’?

Cricket seemed weird. But it was the beginning of a lifelong love affair.

This is still the best innings I’ve witnessed live. BY A DISTANCE. I’ve never seen such a high quality attack taken to the cleaners so brutally.

To appreciate this innings fully one must understand the context. The 21-year old Hick (that’s younger than Ollie Pope remember) had started the domestic season like the proverbial Japanese bullet train. He’d scored runs for fun, including that famous 405 versus Somerset, and went into this tour game against the Windies at a packed New Road needing 153 more runs to achieve a staggering feat – 1,000 first class runs before the end of May.

The local press (and some of the national journos) had been bigging this statistic up for a while. Would he? Wouldn’t he? As the opposition was the fearsome West Indies, and this would be Hick’s last opportunity to reach the milestone, most wagered that he wouldn’t.

But the pundits didn’t realise just how fearless the young Hick – before his tortuous wait to qualify for England – really was. This version of Hick was completely free of mental demons and just went out and expressed himself.

The Windies won the toss and inserted the hosts. Patrick Patterson bowled a maiden first up, and then Ambrose struck with the first ball of the second over. Hick therefore strode to the middle with Worcestershire on 0-1. Was he nervous? Don’t be silly. He just twatted it from the word go.

Hick cruised past the 153 he needed and finished the day on 172*. He was completely dominant. The Windies attack of Patterson, Ambrose, Walsh, and Bishop (that’s the pre-injury rapid Ian Bishop by the way) were absolutely pummelled. It was sensational – as good as anything the onlooking Viv Richards could’ve produced.

It’s amazing to think that Hick had some trouble with the short ball when he eventually played for England. On this particular day he hooked and pulled like a legend. In fact, the more the increasingly agitated West Indians bowled at his head, the faster the scoring rate seemed to rise.

I’ll always wonder what Hick might have achieved at international level had he made the step up in class at this point rather than stagnating for another three years (during which the expectations increased massively too).

Everyone remembers this game for Dean Headley and Darren Gough’s heroics. However, I’ll never forget Steve Waugh’s brilliance in a losing cause too. Australia were under pressure throughout but Waugh stood tall, almost as if he was disgusted by his teammates lack of fight, and he almost denied England a famous win singlehandedly.

After England made a subpar 270 in the first innings, the Aussies were expecting a big first innings lead. However, an inspired Gough snared four of the first five wickets to fall and Australia found themselves under pressure at 98-3, 127-4, and then 151-5. Maybe England would be the team to emerge with a precious first innings advantage?

Nope! Steve Waugh was completely untroubled throughout and made an absolutely flawless 122 not out. He was serene. And his steady progress towards a century seemed inevitable. What’s more, he marshalled the tail like the grizzled old pro he was and added nearly one hundred runs for the eighth wicket with Stuart MacGill. Australia were eventually dismissed for 340.

When England cobbled together 244 in their second dig, the Aussies only required an easily achievable 175 for victory. It wasn’t to be, however, as Headley’s 6-60 blew them all away. That’s all except for Steve Waugh, of course, who finished 30 not out. The glare he gave each departing Australian batsman will live with me forever. He was not amused.

Waugh’s match aggregate of 152 (without being dismissed) in a low scoring game is probably the second best individual batting performance I’ve seen live.

This was KP’s first hundred for England. However, I don’t want to single out this innings alone. His performances in this whole ODI series were breathtaking. He backed up this unbeaten ton at Bloemfontein with 100* at East London, 75 at Cape Town, and 116 at Centurion.

Overall the young Pietersen finished with 454 runs in six innings at an average of 151 – not bad for your first series in an England shirt against top opposition.

What astounded me about Pietersen’s performances was the sheer audacity of them. Here he was, in his home country, a country he’d controversially abandoned (in the eyes of many) yet he was completely unfazed.

The crowds booed KP throughout. And it certainly wasn’t friendly banter either. It made the ‘abuse’ Steve Smith received in England last summer look like a lockdown country stroll. There was real bad feeling, bitterness, and outright hostility in the air. But KP didn’t care. He made the critics pay and shut them right up.

After watching those six innings I concluded three things (a) Pietersen was insanely talented (b) he had a natural penchant for the big occasion, and (c) he had perhaps the biggest cojones of any cricketer I’d ever seen up to that point. Damn he was impressive. 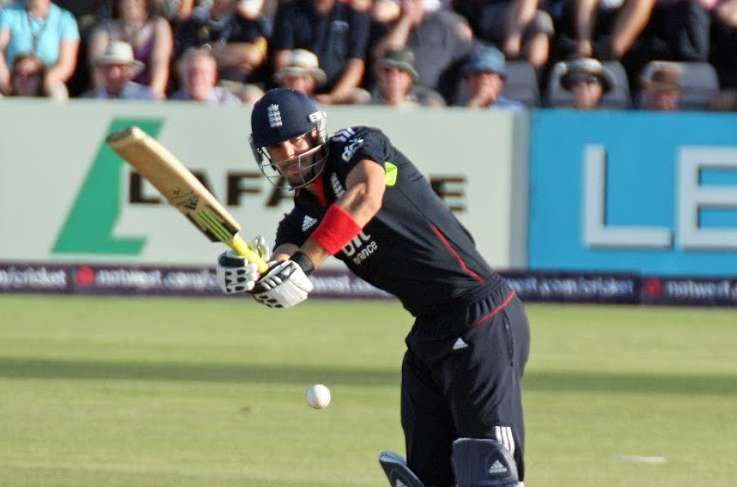 I’ve saved the best until last. This was unquestionably the finest innings I’ve witnessed either on TV or in the flesh. It was the captain’s innings personified.

This was the famous occasion when Gooch carried his bat against the might of Ambrose, Patterson, Marshall, and Walsh in the second dig. The bowlers were on top throughout the match and only three other players made it to 50 in a very low scoring affair. It was, after all, a typical Headingley seamers’ wicket that made even England’s attack (which included the not so mighty Steve Watkin and Del Boy Pringle) look unplayable.

Things were pretty even after the first innings. England made 198 and the Windies replied with 173. But what happened next won the game for the hosts. England managed to post a competitive 252 – setting a challenging target of 278 that the Windies didn’t get anywhere near.

How did England post such a competitive second innings total? It was all thanks to Zap. He made an unbeaten 154 (well over half his team’s runs) and the next highest score was Ramprakash’s 27! It was an incredibly gutsy effort that required amazing skill and resilience in the face of some potent bowling.

Given the match situation, and the fact he was a captain carrying the whole team on his shoulders, I’ll probably never see a better knock.

It’s worth remembering too that the Windies were still a very fine side at this point, boasting not just three legendary fast bowlers but also batting stars like Sir Viv, Desmond Haynes, Richie Richardson, and Gus Logie, not to mention Jeff Dujon behind the stumps.

Can you think of a betting innings than Gooch’s 154*? You’ll be hard pressed. Tell me what you think in the comments below. I’d love to hear your personal favourites.