If, like me, you’ve watched this general election campaign with growing despair, you’ll know there’s no outcome on Friday morning which will save the nation’s soul.

However, there is one option that has been criminally neglected by our celebrity obsessed media. And that’s a person with the purest soul in the nation. A person who shuns celebrity. A person truly beyond reproach.

And that person – or dare I say ‘hero’ – is Sir Alastair Cook.

Want your politicians squeaky clean? This titan of modern Britain doesn’t even sweat.

Want your politicians to transcend racism? Choose the candidate who’s friends with both Michael Klinger and Moeen Ali.

Want your politicians to get on with the daily grind of leading from the front? You won’t catch Sir Alastair hiding away in a fridge.

So I tell you, my brothers and sisters, this election doesn’t have to be about choosing the least worst option. Don’t choose hard left activism; choose the nation’s favourite left-hander instead. And eschew the excesses of the hard right; choose a man who knows right from wrong.

I know what you’re going to say. “Sir Alastair has no political experience”. But experience be damned.

How much Test experience did Cook have when he made a century on debut in India? I’ll tell you how much. None.

And how much captaincy experience did he have before ascending to his rightful place as England cricket captain? None.

Alastair is the ideal person to bring the country together. Forget rumours of a hostile environment down under in 2013. Kevin Pietersen said some damning stuff but it was clearly just banter.

What’s more, Prime Minister Cook would rescue the economy almost singlehandedly. The industrial heartlands of the north, for example, will be doing cartwheels when they win the contract to produce his iron rods. 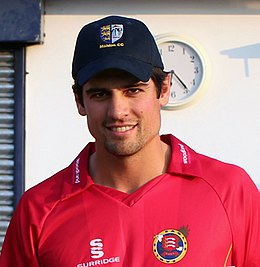 But I understand that you need more than rhetoric. You’re hungry for substance and need some concrete policies.

So how do the following sound? All of them have been independently costed by the IFS (The Institute For The Fucking Superb) and they’re all 100% deliverable.

→ Help the environment by making weasels a protected species

These common sense measures, which are both popular and practical, would soon transform our lamentable land. They might even resuscitate the whole woebegone world.

So twat the Tories. Lamp Labour. Garrotte the Greens. And give the Lib Dems a good licking. Do your democratic duty on Thursday 12th December and vote for Sir Alastair Cook – the master Chef with all the electoral ingredients.