As someone who doesn’t have a brother and has never played international cricket – I only have a sister who has no interest in cricket whatsoever – I thought I’d be uniquely qualified to write an article about cricketing brothers who have represented their country.

Sound like fun? In normal circumstances I’d say “not really”. But as half the country seems to be self-isolating at the moment, I think we could all use a bit of light relief.

What’s more, you might actually learn something new.  For example, did you know that Richie Benaud had a younger brother who also played Test cricket for Australia? I didn’t.

First out of the box, and wielding more gravitas than a professor in gravitas at Oxford University, are the aforementioned Benaud siblings.

Richie needs no introduction, of course. He was the doyen of cricket commentators and an Australian icon. He played 63 Tests, scored over 2,000 runs, took 248 wickets, and captained his country with distinction. However, the wildcard here is ‘bro Benaud’.

Younger sibling John was not as famous as his brother but he was a well-respected domestic cricketer for New South Wales nevertheless. He even played 3 Tests for the Aussies in the early 1970s.

His international career was short but eventful. During his second Test match (his first had been unsuccessful) he was told that he wouldn’t be playing in the next game whatever happened. He responded by scoring a superb 142. And was still dropped.

He briefly earned a recall against the Windies some time later but didn’t score any runs and was dropped forevermore. Harsh.

This is a somewhat brazen selection because David never actually played Test cricket. However, he qualifies for this XII by virtue of his 69 ODIs (with a decent batting average of 33) and the fact that his brother was so damn good.

Mike Hussey was a very fine player indeed in all forms of the game. Indeed, it’s amazing to think what he might have achieved had he made his debut before the age of 30. Mr Cricket, as he was affectionately known, scored 6,000 runs at an average of 52. Not too shabby for a later starter.

The Lees might sound like an English suburban address but these siblings were very effective cricketers indeed. At one point it looked like elder brother Shane would steal the limelight – he played 45 ODIs and averaged a highly creditable 26 with the ball – but ultimately it was Brett who made the biggest splash with 310 Test wickets at speeds exceeding 90mph.

Here’s a little anecdote for you. When Shane first started playing for Australia his little brother, who nobody had heard of at the time, was working in a sports shop in Sydney. My Australian friend’s mum walked into the shop, mentioned that her little boy loved cricket, and teenaged Brett said “my brother plays professionally, would you like me to get your lad a signed photo of the whole NSW squad?” The next time she visited the shop the photo was waiting for her. What a legend!

It seems appropriate that two of Australia’s least fulfilled cricketers, two men whose careers remained in a quagmire for extended periods, should be called Marsh.

Although some might argue that Mitchell Marsh (who my former co-editor Maxie once claimed has the most Australian name of all time) has lived down to his limited talent level, there’s no doubting that Shaun was meant for greater things. He’s a lovely player to watch and I still can’t believe that he only averaged 34 in his 38 Tests.

It’s interesting that Geoff Marsh, the brothers’ father, also played frequently for Australia. A career average of 33 suggests that he never really fulfilled his promise either.

Waughs. What are they good for? Nearly 20,000 Test runs combined apparently. This power couple are arguably the greatest cricketing siblings of modern times. Plus they get extra marks for being twins.

Mark was like a Porsche, smooth and stylish. Nobody has scored 8,000 runs at 42 in a more aesthetically pleasing way. He’ll always be remembered fondly as a good looking batsman with a penchant for horse trainers. Sadly, however, Mark wasn’t even the best batsman in his own family. In fact, he wasn’t even the best player in his mother’s womb.

Steve was one of the best cricketers of all time. He wasn’t as stylish as his slightly elder bro but he was tougher, more resilient, and more effective. People tend to remember Steve as a superb captain of his country but we shouldn’t forget his 11,000 runs at an average of 51. He also took 92 wickets (33 more than his brother).

The Aussies certainly have a couple of match-winners anchoring this side. If you thought the Waughs were a one-off then meet the Chappells. Ian averaged a respectable 42 for Australia and Greg a more than respectable 54.

What sets the Chappells apart is that they both actually captained Australia. Ian was tough as nails, grabbed a struggling team by the scruff of the neck, and never lost a single series. Greg wasn’t quite as effective but he still won a lot more games than he lost. What’s more, he scored a century in both innings in his first Test as skipper – a fantastic achievement by the finest Aussie batsman of his generation.

Did you know that old WG Grace had two cricketing brothers? They were called Edward and Fred. This trio are the perfect candidates to lead the English charge in the Siblings Ashes.

Fun fact: All three of them played together at The Oval against Australia in 1880. England won by five wickets. Ted and Fred did sod all but WG made 152 in the first innings. Obviously.

Now here’s a pairing to make any opponent grovel. Tony was an excellent all-round cricketer and famous Windies wind up merchant. He played over 50 Tests and averaged 40 with the bat and 32 with the ball. Ben Stokes fans should have a think about those numbers.

The other Greig was Ian. Although he played just the two Test matches, Ian was a formidable domestic performer. He also managed to keep his hair. Ahem.

Had this been a father and son(s) contest then England would be killing it. Sadly, however, we can’t quite find a way to shoehorn Colin ‘Baron Cowdrey of Tonbridge’ into the side. Instead we’ll have to make do with his not quite so formidable sons, Chris and Graham.

Graham Cowdrey was a likeable county pro but nothing more. He never played for England. His brother, on the other hand, had a short-lived and curious international career.

Chris initially played all five Test matches on England’s tour of India in 1984. He didn’t find much success, however, and was dropped faster than a touchscreen terminal at a virus conference. Although his international career seemed to be over, he was suddenly plucked from nowhere to lead England in a single Test against the West Indies in 1988. Obviously this had absolutely nothing to do with the fact that chairman of selectors Peter May just happened to be his godfather. Ahem.

It’s a case of close but no donut again here for England. The Edrich brothers Bill, Brian, Eric, and Geoff all played first class cricket. But were they any good? Bill was pretty useful. He played 39 Tests and averaged 40.

The star of the family, however, was cousin John who played 77 Tests and averaged 44. Now that’s a quality player. What a shame that he isn’t eligible for this particular match either. A John Edrich / Colin Cowdrey partnership would’ve been good to watch.

Mancunian quartet The Smiths were formed in 1982 when young guitarist Jonny Marr knocked on the door of sexually ambiguous singer Morrissey and asked if he wanted to form a band. They went on to record classic tracks such as Cemetery Gates and Girlfriend In A Coma.

Back on planet earth Robin Smith emerged as one of England’s most pugnacious batsmen of the 1990s. He was a superb and fearless player of pace bowling with the ability to square cut the hell out of anything. Just don’t mention the spinners.

Brother Chris wasn’t quite as good as Robin, but he was plenty good enough to enjoy a long professional career and represent England eight times at the highest level. These siblings had by far the best hair of any couple on show by the way. 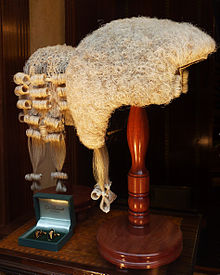 There’s only one spot left in the squad to take on Australia and here at TFT we’re crippled by indecision. Do we pick Adam and Ben Hollioake or Sam and Tom Curran?

We all know what Adam Hollioake was. He was a combative and much respected white ball specialist who played 35 ODIs, averaging 25 with the bat and 32 with the ball. He was also a resourceful leader. The other three players, however, remain question marks.

Ben Hollioake was a fantastic talent and might well have enjoyed a better career than his one-time England U19 teammate Andrew Flintoff. What a shame that his life was cut short before he could add to his 2 Tests and 10 ODIs.

Sam Curran and Tom Curran are works in progress. Some days I think Sam is the real deal and others I think ‘meh’. As for Tom, I wonder whether he’ll ever add to his two Test caps? I’m sure he’ll play plenty more ODIs though. He’s an excellent competitor who’s usually worth a free bet punt to keep his head at the death.

I’m not going to choose Australian or English specific reserves here. Instead I’m gong to choose siblings who might have represented either side.

The obvious choices are Darren and James Pattinson – the former represented England and the latter still plays for Australia – or perhaps even Craig White and Darren Lehmann. White and Lehmann aren’t ‘proper’ brothers, of course, but they do happen to be brothers in law.

It’s weird that a few of these names have played for England despite being as Australian as vegemite. The only English-born cricketer I can think of who played for Australia was Andrew Symonds.

So who would win the siblings Ashes? Sadly I think the Aussies have got this one in the bag. I’m sure WG Grace, Tony Greig, and Robin Smith would do their best to put runs on the board but I doubt they’ll be able to beat the mighty Waughs and Chappells on their own.

The England side also looks short of bowling. There’s no genuine pace, no mystery spin, and just a glut of medium pacers. The Baggy Greens, on the other hand, boast the pace of Brett Lee and the guile of Richie Benaud. We might have to play this one at Durham in May to even things up a bit.

What do you reckon?