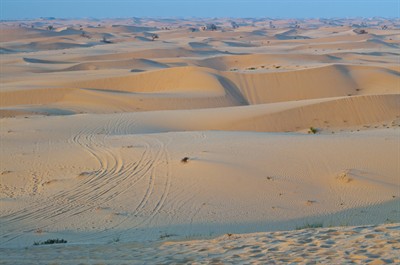 The opening day of a new test series always brings excitement and a sense of anticipation. Supporters are on the edge of their seats; you can hear the hum of distant chatter emanating from packed stands.

How will the pitch play? Will there be early moisture? What will a good total be? All these questions are spinning around anxious minds. The tension is almost tangible. Unless you’re in the UAE of course.

There was something so utterly depressing about today’s proceedings. Has it really been three years since we lost 0-3 in this godforsaken hellhole? The UAE is surely the place where exciting cricket goes to die. You can’t even get a bloody drink as anesthetic.

When England lost the toss my stomach immediately sank. You just knew what sort of day it would be: zero swing, zero movement, zero chance of getting Pakistan out cheaply. You’re basically waiting for the declaration after ball one. If only we had a couple of good spinners to make a game of it. If only …

I suppose 286-4 is about as good as we could’ve hoped for. Who knows, if Bell had taken that chance early on (an absolute sitter as far as slip catches go) we might have put ourselves in a decent position. But nothing good ever comes out of series in this part of the world. What did we expect?

Our frustrations were heightened by the fact that Broad took another wicket off a no-ball. This really has to stop – and I don’t actually blame the bowlers. If they’re not warned when they’re getting close to the line, then how do they know when to move back a bit?

The bottom line is that the umpires are not doing their job properly. Yes, I accept they’ve already got a lot on their plate, but nobody said umpiring was easy. Perhaps they should try bowling on these slow, low, lifeless surfaces. I think they’d find that even harder.

I’d be interested to know what you all made of today’s play. I imagine many of you feel the same way as myself. Our bowlers tried their best, and it’s hard to criticise them in the circumstances, but I was a little disappointed with Rashid and Moeen to be honest. They looked pretty innocuous.

I really hope Rashid comes good, but he had a bit of a mixed day. Rameez Raja was expressing doubts about his test pedigree after just a handful of overs. Hmmm. Not good. Time will tell as always I suppose. We’ve got to give the bloke a chance.