There are obviously two things to talk about today. The first is England’s victory in the 3rd ODI in South Africa. The second is the Test squad for Sri Lanka. Therefore this post will be a fusion of the two. It’s the blogging equivalent of buy one get one free. Or BOGOF to us miserable old sods.

First up it’s the ODI, which actually turned out to be quite a good game in the end. It was all looking a bit one-sided when the Cricket Boks were reduced to 155-5, but a decent partnership between David Miller and Parking Phehlukwayo, and then Miller and Lutho Sipamla, saw them post a semi-competitive 256.

To be honest I was expecting England to chase the runs comfortably, especially when Bairstow and Roy set another good platform. Unfortunately, however, we lost regular wickets along the way and it was actually quite tight in the end. England were never in dire straights, and I was always confident we’d reach the target in the end, but South Africa fought hard and made a game of it. Kudos to them.

I was actually quite relieved that England won this game. Losing our first series as world champs wouldn’t have been a good look. Overall 1-1 was a fair scoreline and both sides learned quite a bit. I was particularly pleased with the performance of England’s young players. They didn’t exactly tear up trees but they showed some promise.

The guy who caught my eye yesterday was Saqib Mahmood. He didn’t particularly impress me in New Zealand (albeit in limited opportunities) but he looked a lot better yesterday. In fact, I was a little disappointed that he only bowled the five overs given that England were on top.

It would’ve been nice to see Mahmood close out the innings. I can understand Eoin Morgan’s thinking, as both Jordan and Tom Curran are more experienced death bowlers, but I was desperate to see a little more. We all know what Chris Jordan is at this point.

Tom Banton also looked promising again. Batting at 6 is completely different to opening (his role for Somerset) so he did well to adapt to the circumstances and score at a run a ball. One wonders where his short-term future might lie at ODI level? Roy and Bairstow are pretty much entrenched at the top of the order so he’ll need to show some flexibility if he wants to play regularly. 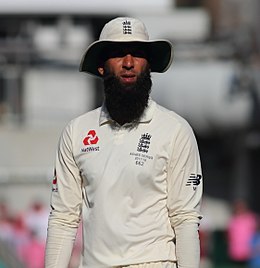 It was also good to see Moeen and Adil Rashid back in the fray. They both bowled very nicely. Indeed, Rashid seemed to bowl a little quicker, which was apparently a deliberate plan. I’m not sure how this helps his shoulder injury but apparently there are some benefits. Can any doctors in the house explain this one?

It was interesting to hear Ian Ward quiz Rashid over his Test future after the game. He was coy to begin with but eventually ruled out playing in Sri Lanka. To his credit, Adil said it would be unfair for him to leap-frog other bowlers currently committed to playing first class cricket. He’s got a point too – although I do think it would be nice to have a leg-spinner alongside Bess and Leach.

Mentioning Rashid gives me the perfect opportunity to segway onto the Test squad announcement. What do you expect when it’s announced on Tuesday? The fact the announcement has been delayed for 24 hours suggests to me that there’s some close calls to be made.

It’s interesting that Moeen Ali has done a u-turn and suggested that he’s not ready to return to Test cricket after all. Personally I think this suggests that England weren’t going to include him anyway. I know for a fact that Ed Smith is a devoted TFT reader – and a huge fan of me personally – so I imagine he was swayed by my erudite argument last week that there’s no point picking three off-spinners in the same side (Bess, Moeen, and Root) when a leg-spinner would provide a better balance.

It’s a shame that Jofra Archer will miss the tour. In fact, I’m slightly worried about his injury. I’ve heard some pundits argue that he generates a lot of his pace from hyperextending that elbow so I hope there are no long lasting effects. Without his pace Archer is half the bowler.

I had to laugh when I saw Joe Root defend his handling of Jofra yesterday. Obviously he was never going to admit ‘over-bowling’ him but I think Joe’s attempts to shift the blame were a little bit disingenuous and certainly a bit of a stretch.

Yes Jofra has played a lot of cricket, and participating in the IPL doesn’t exactly help, but the bottom line is that he bowled just 43 overs in the whole of the 2019 IPL. Root flogged Jofra for 42 overs in one innings in the first Test against New Zealand in Mount Maunganui. Therefore, it’s quite apparent where the problem here lies.

England’s other star bowler, Jimmy Anderson, has made himself available for the tour but personally I think it’s unlikely that the selectors will risk him. Sri Lanka can be hard work for the seamers so I’d probably rather Jimmy rest up.

One intriguing suggestion I’ve heard is that Anderson might travel as a ‘player-coach’. This seems like a good idea to me. It’s probably unprecedented but why not? Presumably he’d be there in some kind of leadership role and only play if there’s an emergency or conditions suit him. This is one funky idea I might be able to get onboard with.

The other big questions remaining are (a) whether Denly will keep his place, and (b) whether England will drop either Jonny Bairstow and / or Jos Buttler and call up Ben Foakes.

Personally I would keep Denly in the side. He’s still the best placeholder we’ve got at 3 and he’s found some form in the ODIs. Yes we shouldn’t read too much into white ball games, but his two half-centuries should give him some confidence and loosen him up a bit. We all know Denly has the technique to eat up a lot of deliveries in Test cricket; the challenge for him now is to express himself a little more.

When it comes to the keepers I think I’ve made where I stand on this one pretty clear. If England want to claim they’re a meritocracy with a straight face then they simply must drop Buttler for Foakes. Anything else would smack of favouritism.

The question then becomes whether Jos or Jonny should make the trip as reserve keeper. Personally I’d keep Jos in the squad. Why? Because he’s a pretty good player of spin and the latter has done nothing to warrant his place in the squad.

I like Bairstow as a cricketer, I really do, and I still think he’ll play a lot more Test cricket for England in the future, but for now he needs to focus on scoring some red ball runs for Yorkshire. As his teammate Adil Rashid said to Ian Ward, Test caps should really be earned. I don’t see why this should be any different for batsmen or batsmen-keepers.