Today we introduce guest writer Richard Sprake to TFT. Here are his musings on Test cricket and the lockdown. Enjoy!

At 11.15 on Sunday the 3rd of April, the ICC announced that cricket will take a siesta this summer. There will be no spring butterflies in bellies of opening batsman. Green trees will wave around village grounds but no one will be there to witness them.

The nation is currently in the mother of all Test matches. It’s the Corona Test. The UK population has been batting for 53 days. The bowler is S K Corona, a venomous enigma, he digs it in short and smashes you in the chest.

First innings, captain laid down the orders “Stay in all day”, captain then ignored his orders and was clean bowled. Not Atherton though, he threw the anchor down, no social event tempted him into a drive. Cooky was locked down on the farm, no milking the bowlers, just the cattle, cow by cow, teat by teat. Rory Burns didn’t budge from the sofa, he wasn’t tempted into a cut, no matter how badly he needed one.

I, on the other hand was out once. Living on my own, I’d been batting for 20 days, the sun was shining and I snicked off to a BBQ in West Brompton – captain’s orders broken. It was just the two of us, she was an old friend, a master chef, she placed a sirloin on a length, and I had a nibble. When the fun was over, the steak dispatched, I trundled back to my flat, head down, guilt tucked under my arm, I realised one thing – I’d been playing too much Twenty20 cricket. The unfortunate truth is, we all have.

We’ve been suffering from the game’s biggest export – impatience. We’ve lost the ability to leave invitations alone, to sit still and see off Allan Donald, to pursue deeper, long-term goals, to win the summer not the day. We’ve swapped conversations for WhatsApp, sprinted from meetings, to the gym, to bed, waved goodbye to family time and fallen into the arms of our boss, thrown away the book and turned off the Test Match. But here we are, forced into the Corona Test, forced to dig in and rediscover lost wisdom of the longer game. And the nations stepping up to the plate. Since lockdown many have slowed down, read stories, spent more time with loved ones, discovered that it’s ok not to throw your gloves at everything. 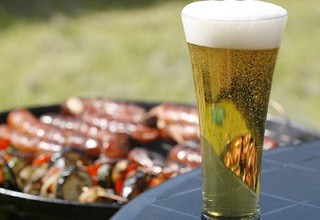 My brother recently spent six months away from his son, who’d never stopped asking when he would be back and his daughter, who’d drawn enough pictures of him to fill the Tate. They had planned a fun packed summer, camping trips, beach weekends and time for him to reconnect with the family but it wasn’t to be, lockdown instead. I zoomed him 4 weeks in, a tough military man he had spent the day singing and playing guitar with his children, tired and exhausted, he had the look of a man who had died and gone to heaven.

It’s not just my brother who’s finding fulfilment in the slow-paced Test Match, You Gov Polls are reflecting the benefit lockdown has had – many of us reporting increased happiness, day by day.

Test Cricket’s counterfeit cousin is great fun but it’s a late night, a wild party, short lived, empty like the crowds of its grandfather. The Test Match is being smashed out of existence by big sixes and broken attention spans. The short form game is bashing its grandfather to death and robbing him at the same time. Twenty20 teaches us no lessons, has nothing to say in a time of crisis, it might have all the cash in cricket but its soul is bankrupt.