There hasn’t been much to talk about recently – well, nothing we haven’t done to death in the past. The ECB have postponed The Hundred until next season. What other choice was there? And Colin Graves will stand down at the end of August. He will not be missed.

It will be interesting to see if Graves lands the ICC job he’s been targeting. Once upon a time another hugely controversial ECB chairman, Giles Clarke, looked to set to become ICC chairman. But support for him ultimately ebbed away and his ambitions were scuppered. The poor dear. Perhaps the same will happen to Graves?

Meanwhile, Ian Watmore has been confirmed as the new ECB chairman after the investigation into his conduct at the EFL. This was somewhat surprising but what do I know? Sadly I’m no football aficionado. All I can say is that the first meeting between Watmore and the ECB’s strategic broadcasting partner will be slightly awks.

Watmore’s first job – and the first test of his priorities – will be to put Tom Harrison back in his box. Did you see the CEO’s comments insisting that The Hundred remains crucial to English cricket’s future last week? I really wonder what planet Harrison is on sometimes. I know that The Hundred his very much his baby, his legacy, and his raison d’etre, but suggesting we need a competition that’s set to lose money in its first five years after the coronavirus crisis is beyond nuts.

When the pursestrings are tightened in 2021, the Hundred should be the first luxury that’s sacrificed. If one (or more) counties are allowed to go to wall, but the loss-making Hundred goes ahead at great expense, it will be a very bad look indeed. And imagine the subsequent uproar if – and there must be a decent chance this happens – the competition flops horribly. Harrison and Co will be about as popular as a fart during a minute’s silence.

I wonder what the players make of the above developments? Although they’re media trained to within an inch of their lives these days, it’s worth remembering that cricketers have brains too. They play along in public – as it’s sensible to do so – but they’re far more than ECB stooges behind closed doors. They’ll naturally have their own opinions about their employers, not to mention their own concerns and priorities regarding the game in general.

I was reminded of this a few days ago when Black Opal invited me to take part in a webcast with Jason Roy, Zak Crawley, David Gower, and Gladstone Small. We were able to watch the private webcast live and submit questions as the discussion went along. Although my question asking whether The Hundred should be permanently shelved wasn’t chosen for debate – I knew the players wouldn’t touch this with a bargepole but I was hopeful that Gower might say something interesting – it was still an interesting discussion overall.

The bit that really piqued by interest was Jason Roy’s views on his Test career to date. When he was picked to open in the Ashes last summer it divided opinion. Ed Smith, Michael Vaughan, and a few others thought it was a great idea. Everyone else was left scratching their head.

It was always going to be a tall order for Roy to succeed against Cummins, Hazlewood and Co, and the odds of success were obviously slim. Personally I thought it might be worth a shot in the absence of any decent alternatives but the idea didn’t sit well with me at all.

Having listened to Jason in the webcast last week it’s pretty apparent that he had his doubts from the start too. He was willing to give it a go, and he evidently did his best, but reading between the lines he never wanted to be a Test opener, didn’t think he was suited to opening, and he certainly never wants to open again.

In fact, when asked whether he still wants to play Test cricket, Roy answered in the affirmative and seemed quite enthused about the idea – as long as it was in the middle order where he belongs. 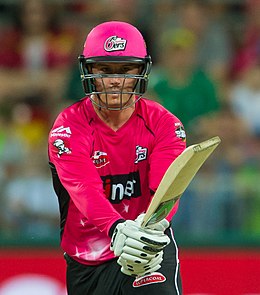 I found Roy’s comments interesting because at the time I assumed he was well up for the challenge. The prevailing impression was of a confident young man who couldn’t wait to get stuck in, replicate his white ball form, and smash the new ball around.

It turns out that his state of mind was somewhat different. Rather he knew it would be bloody tough, expected it to be bloody tough, and after a few balls whistled pass his outside edge his suspicions were confirmed. In other words, he doubted the experiment would work either. And as we all know, if a batsman isn’t confident in the role he’s asked to perform then it’s highly unlikely to bear fruit.

This revelation got me thinking. Us supporters tend to assume that the players are usually onboard with the selectors and management. This is because they always present a united front in public. However, the reality must be different. And one wonders how much divergence there is.

If you cast your mind back to 2018 and 2019 the big debate surrounding Ed Smith’s tenure was his penchant for converting (or rather trying to convert) effective white ball players into Test cricketers. Smith’s perspective was simple (a bit too simple if you ask me): white ball players could hack it in Test cricket because they’d already shown an ability to express their natural talent in front of big crowds at the IPL etc.

Whereas many journalists hailed Smith as some sort of fresh-thinking genius at the time, we portrayed him as a madcap contrarian whose philosophy simply wouldn’t work. After all, the history of the game has shown time and again that Test cricket is a format where specialists with good techniques and a particular mindset tend to thrive.

I think most of us assumed (at the time) that England’s leading players were down with Smith’s formula. However, I’m not so sure now. After all, if us supporters can see when a chairman of selectors is going dangerously off piste then why wouldn’t the players? After all, they’re at the coalface day in and day out. They experience the madness first hand. And if a white ball specialist like Roy doubted whether his cricketing skills were transferrable, then one can imagine what the rest of the professional game thought.

Consequently, it’s important to remember that we must always try to separate the persona players project in front of camera from their private personalities. It’s also important to keep reading between the lines. When I read this interview with Roy ahead of The Ashes, he seemed very comfortable with the role he’d been asked to perform. But knowing what I do now (with the benefit of hindsight) it’s possible to identify seeds of doubt.

So the next time England’s selectors, the team management, or even the captain, make a controversial decision, remember that we’re probably not the only ones swearing at the telly. When Ollie Pope was asked to keep wicket in New Zealand, for example, he said the following:

I’ve seen a lot of talk on social media the last few days, but I’m a keeper, I’ve kept since I was eight years old. Since I’ve become a professional it’s obviously just been limited, the amount I’ve done it, with Foakesy being at Surrey, but it’s something I’ve had on my radar since the moment I got told I was coming on this tour

At the moment my focus in on my batting going forward, we’ve got Foakesy at Surrey, so the amount of game time I get I don’t know. But I’m going to keep going as much as I can, if I’m not getting the game time hopefully the training will look after itself and then if I do get a go in the games whenever it does happen hopefully I can do a good job.”

It was a bit of a surprise but I always had it on my radar that something like this could happen so yeah, I was prepared for it. I like keeping, I still see myself as a keeper. Obviously I haven’t done a massive amount … but it’s still something in my game I want to keep going so I’m excited and ready to go.

Translation: HELP! I haven’t kept for donkeys’ years. I’m beyond rusty. I’d better get on the phone to Foakesy (the bloke who should be keeping wicket) for some advice. I won’t keep wicket in another first class game for the foreseeable future after this so I’ve just got to get through this cluster***k the best I can. Then they might let me concentrate on my batting.

Oh, and the next time England pick five seamers, remember that the senior bowlers probably aren’t happy either. If 99% of the supporters think it’s ridiculous, you can bet your bottom dollar that the players think Root and Silverwood are mad too.

Not that you’ll read about it in the newspapers or on social media.