Today we welcome back Billy Crawford who profiles one of England’s best pace bowlers of recent times. Do you think that Andy Caddick was somewhat unappreciated?

There are many players from English cricket’s rich history who are still remembered with love and affection many years after their retirement. Men such as Phil Tufnell ensure their memories live on through amusing anecdotes, books and reality TV appearances, whilst many others, such as Nasser Hussain and Mike Atherton, migrate to the nation’s commentary boxes. Even many of those who have disappeared from public view are still regularly talked about and their achievements poured over by cricket enthusiasts, adored either for their technical ability or their showmanship.

Andrew Richard Caddick is none of these things. Even during his playing days he was never as beloved by fans as some of his teammates. With his hunched shoulders and permanently semi-peeved expression on his face, he seemed a hard cricketer to love. He lacked the tub-thumping, “Bobby Dazzler” bravado of new ball partner Darren Gough, or the cheeky roguishness of Tufnell.

There were always whispers around the media that Caddick was moody and hard to manage. The word “difficult” was often used to describe him. Alec Stewart must have shared this opinion, banishing him from the England team upon becoming captain in 1998.

It was only on Nasser Hussain’s accession to the England Captaincy in the summer of 1999 that Caddick was recalled to the fold. There was talk at the time of the need to re-integrate “difficult” players such as Caddick and Tufnell to the team.

The comparison with Tufnell always seemed unfair to me, and Caddick himself was known to dislike it. He was not a trouble maker or a hell raiser; he was simply a man who did things his own way. He was also one of the finest bowlers England have had in the modern era.

His 234 Test wickets are a testament to his ability. This is a man, remember, who took four wickets in a single over as England rolled the West Indies over in two days at Headingley on the way to a first series win over their Caribbean opponents in 39 years. Even in his return to the team in Hussain’s first Test as captain against New Zealand in 1999, Caddick took 5-32 in the visitors second innings. (He always did seem to bowl slightly better second time around). 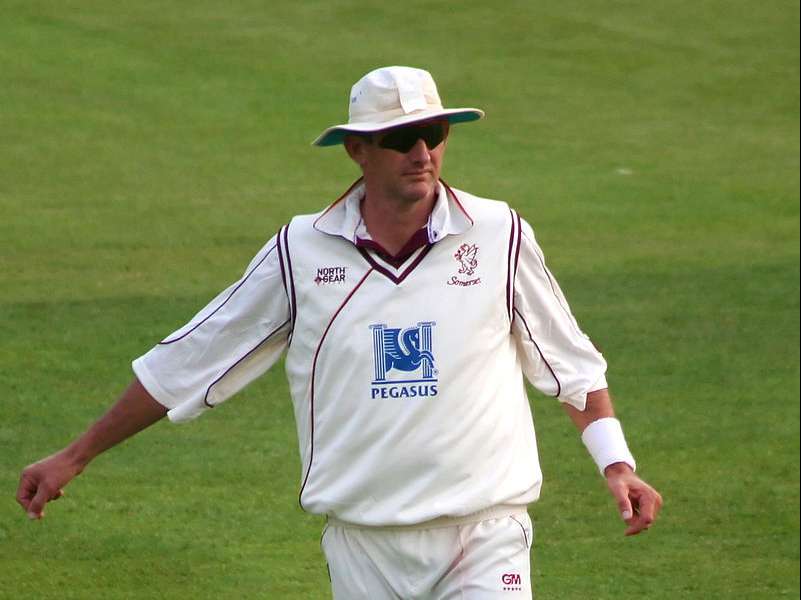 The achievements of the England team that Andy Caddick was a part of at the start of the new millennium have, arguably, been somewhat forgotten over the intervening years. They were the last England team to win an away series against Pakistan and followed that up with a triumph in Sri Lanka against Muralitharan and Jayasuriya in their pomp.

Unfortunately, numerous thrashings at the hands of Steve Waugh’s Australia team have badly affected how these players are judged. This does seem slightly unfair, considering Caddick and his fellow bowlers were up against, arguably, one of the greatest batting line ups in the game’s history. After all, the last few Ashes pastings Down Under have not clouded our opinions of Stuart Broad and James Anderson.

Similarly to Broad, Caddick was also capable of producing magic spells of bowling. As well as the four wickets in an over, there was also a spell of 5-16 in the same series at Lords as the West Indies were famously skittled for 54. I also fondly recall being glued to my radio as Caddick ran through the great South African batting line up in Durban in 1999-2000, taking 7-46 in a match England may well have won without Gary Kirsten’s titanic second innings of 275. There was even a performance of 7-94 at Sydney in 2002-03 as England fought back with a consolation victory against Australia, which is more than they have achieved in either of the last two tours.

In my time as a cricket fan, I have always gravitated towards the outcasts and misfits of the game, those who do not conform to the mould, and the Somerset man certainly fitted that bill. He always received a rough ride in the media, often, it seemed, very undeservedly. Even his ears were a subject of media mockery. On a tour of the West Indies a journalist famously joked about Caddick’s “big ears”. When Caddick furiously demanded an apology the journalist succinctly replied; “I’m very sorry that Andy Caddick has big ears”.

He was known for speaking his mind regardless of who he upset. Those who knew him well took some of his pronouncements with a pinch of salt, knowing that to be just “Caddy’s way”. To those who did not know him well enough some of his statements could be mistaken for arrogance or aloofness. Famously, upon getting Brian Lara to nick behind to Jack Russell at the end of his world record innings of 375, Caddick turned to his teammates and said “See lads, I told you I knew how to get him out!”. From Darren Gough, or indeed many other players, this comment would have seemed tongue in cheek, but from Caddick it came across completely seriously.

There were always rumours of his rivalry with opening bowling partner Darren Gough, although this always felt exaggerated even at the time. Nasser Hussain did admit, however, in his autobiography, to playing the two bowlers off against each other to get the best out of them, telling Caddick that Gough was a “prima donna” who refused to bowl into the wind, whilst at the same time telling Gough he was the team’s number one bowler and not “old big ears”.

In interviews now, Gough and Caddick profess to get on very well, and it is difficult not to believe them. Regardless of any perceived rivalry between the two, this odd couple were, arguably, one of the greatest England opening bowling partnerships of the modern era. Their performances certainly provided me with some of my earliest and fondest cricketing memories.

Andy Caddick bowled his final ball for Somerset at the end of the 2009 season. In retirement he has shown himself to be as much of an individual as he did during his playing days. He has not followed many of his contemporaries into the media, instead opting to become a fully trained helicopter pilot. He has also eschewed that most modern of preoccupations amongst ex-players, the endless tweets and social media posts. A cursory look at the social media accounts bearing his name show no posts from Caddick in the last year, the most recent being a handful of photos of him coaching at a Lord’s Taverners event in Corfu in summer 2017.

Andy Caddick was, and is, a man apart, a cricketer and a person who does things his own way and follows his own path in life. He was also an extremely fine player and one whose sizeable achievements in the game should perhaps be remembered much more than they are.

Editor’s note – It’s worth comparing Caddick and Gough’s record as a pair with Anderson and Broad. The latter have taken more wickets (because they’ve played far more games) but the former actually took more wickets per Test and had significantly better records away from home. Here’s an article we wrote about it – click here.