The last time I played a competitive cricket match, I was still in my late teens and could turn a few leg-breaks across right-handed batsmen, particularly those who fancied coming down the wicket to meet my deliveries. Beating a batsman in flight or off the pitch used to delight me no end, but the notion that leg-spin was the ‘real thing’ had still not entered my mind even though Anil Kumble was my favourite bowler growing up.

A decade and half later, here I am wondering why, rather than if, leg-spin is considered the nobility of spin bowling. Why is it thought to deserve, as it were, a business class seat when most bowlers travel economy?

It is probably fair to assume that without the exploits of Shane Warne, who became between 1992 and 2007 the world’s archetypal leggie, leg-spin would not have come to enjoy the esteem that it does in world cricket today. Australia’s own perennial search for the next great leg-spinner since the retirements of Warne and Stuart McGill – though they have in Nathan Lyon, a bowler of great perseverance and no small amount of skill – has also contributed to the belief that every cricket team needs a top leggie. Pakistan’s own phalanx of wonderful leg-spinners from the great (late) Abdul Qadir to Yasir Shah have only strengthened that belief.

Add to these illustrious names, the sustained success of leg-spinners in franchise-based T20 cricket, especially the irrepressible magic of someone like Rashid Khan, and we know why cricket fans and experts alike get excited at the mere mention of a new leg-spinner on the block. There is more, however, to the mystique of leg-spin than the aura or even the wicket-taking ability of those who practise the craft.

Underpinning the assumption that leg-spin is special seems to be the belief that a ball that beats the outside edge of a bat is largely down to the genius of the bowler. In contrast, when a ball beats the inside edge, it is usually imputed to some technical deficiency or error in judgement on the part of the batsman. Given that the cricketing world still has more right-handed batsmen than left-handed ones, and given that a leg-break takes the ball away from the former, a leg-spinner’s day job positions him centre stage when it comes to admirers. 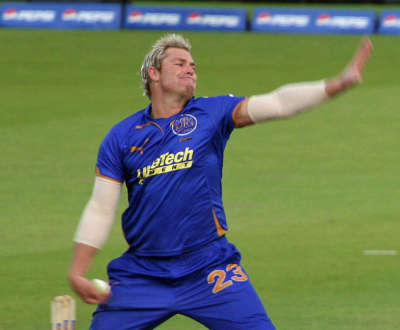 A right-arm fast bowler who bowls a peach of an out-swinger does raise eyebrows, too, but in his case, all the thrilling action – delivery, pitch of the ball, swing/seam movement, batsman’s attempted stroke and his being beaten – takes place a little too quickly. In the case of a leg-spinner, however, the action, the delivery, the tantalising inward drift, the pitch of the ball, the fizzing turn, and the batsman’s attempted stroke being beaten – is (or seems) far more protracted. This makes a leg-spinner appear like a puller of rugs from under the batsman’s feet.

A left-arm Chinaman bowler, taking his stock delivery away from left-handed batsmen, is probably in the best position to replicate what a leg-spinner does when bowling to right-handed batsmen. However, the art of Chinaman has been so sparsely represented in international cricket – Kuldeep Yadav, Brad Hogg and Paul Adams are the only names (the latter more for his action) that come to this writer’s mind – that every practitioner of the art is seen as a one-off entertainer, rather than as a part of a well-entrenched tradition of bowling.

As regards off-spinners, there are of course a dime a dozen of them. When a batsman wants to have an additional string to his bow, for example, he usually turns to off-spin. Ask messieurs Suresh Raina, Mark Waugh, Carl Hooper, Michael Vaughan, Shoaib Malik, or Aravinda de Silva. Never mind though that the gentleman who sits on top of the wickets tree in international cricket was an off-spin bowler. Never mind that the first spinner to take 300 Test wickets was an off-spinner too. Never mind, also, that Graeme Swann’s delicious off-break to bowl Ricky Ponting during the Edgabaston Test of 2009 compares favourably with the best balls bowled by the finest spinners in the game. Off-spinners seem to be no match for leg-spinners because there are too many of them, and because they send the ball into a right-hand batsman’s pads, turning on his (arguably easier) on-side.

Strangely enough, left-arm orthodox spin simply does not enter this debate – or for that matter most debates on bowling styles – despite having among its representatives the likes of Bishen Singh Bedi, Daniel Vettori, Rangana Herath, Ravindra Jadeja and Shakib al Hasan. Left-arm fast bowling, on the other hand, does come close to rivalling leg-spin for prime position among bowling styles. This may be due to the difficult angles it creates for most batsmen and because the finest exponents of it – Wasim Akram, Chaminda Vaas, Zaheer Khan and Mitchell Starc to name just four – have all managed to coax movement on the deadest of pitches and through the driest of days.

It appears, in summary, that leg-spin enjoys the pride of place among bowling styles not only because of what it does but also because of its natural position in the cricketing scheme of things. That of course is not the fault of leg-spin, nor of leg-spinners. After all, the craft through its practitioners has only done what creativity usually does: translate an opening into a situation of great advantage.