Hero of the year – Ben Stokes

Has anyone in the history of cricket ever had such a transformative effect on the game as Benjamin Stokes has wrought in the last 12 months? If so, it is hard to think of one. In June, the Durham man, along with coach Brendan McCullum, took on an England team which had won 1 of its last 17 Tests and was beginning to make the shambles of the 1999s look like the glory years of English cricket. Seven months later his record as captain reads 9 wins and 1 defeat; Ben and Baz don’t do draws.

Stokes has dragged English cricket off the canvas and made the national team one of the most feared outfits on the world stage. In doing so he has also transformed how we think about Test cricket and pushed the boundaries of what has been considered possible for 150 years. 500 runs on the first day? No problem. Chase nearly 300 in a couple of sessions or play for the draw? Not even a debate.

This summer Ben Stokes set out to do two things: make playing for England fun again and to save Test cricket. The first has unquestionably been achieved. Don’t bet against him doing the second as well.

Villain of the year – Tom Harrison

Not for the Hundred or the obscene bonuses, both of those things had been sealed long before 2022. No, the outgoing ECB chairman wins this year’s nomination for his parting gift to English cricket: a new TV deal that ties his successor to both pay TV and the Hundred until 2028.

Signed just before his departure, and seemingly with very little wiggle room for renegotiation, the TV deal is Harrison’s final two fingers to the game, a way of ensuring that his money obsessed vision for the future of cricket in this country will live on long after his miserable tenure has been forgotten.

Batsman of the year – Jonny Bairstow

Can there be any other? In the space of one glorious summer the Yorkshireman transformed himself from perennial underachiever to one of England’s best with a string of barely believable performances. His extraordinary 136 of 92 balls propelled England to an improbable victory against New Zealand at Trent Bridge and kickstarted the Bazball revolution. He followed this up 162 and 71 not out in the next Test at Headingley and then a majestic pair of hundreds against India at Edgbaston. We also learned the meaning of the phrase “Jonny eyes”.

Bizarrely, England’s embarrassment of batting riches means that Stokes and McCullum will have quite a headache finding a place for Bairstow when he returns from the freak injury which kept him out of England’s tour of Pakistan. He may even find himself keeping wicket again. Either way, the prospect of Jonny finding his 2022 form in time to face up to the Australians next summer is certainly mouth watering.

Bowler of the year – Jack Leach

Ben Stokes made it clear from the offset that the Somerset man was his number one spinner, bowling him before lunch on the first morning, refusing to set the sort of defensive fields that had negated his effectiveness under Joe Root even when Leach requested them. Stokes’ delight at his spinner’s 5 wicket haul against New Zealand at Headingley was clear for everyone to see.

Of course, there are caveats to Leach’s performances – his 46 wickets came at 38.28, hardly a world beating average. He also suffered somewhat disappointing statistics on the recent tour of Pakistan. However, 2022 was still a huge renaissance for one of the game’s most likeable characters – although in 2023 he may find his place under threat from the recipient of our next award…

Earlier this year a video emerged of Shane Warne telling a 13 year old leg spinner that he would play county cricket by the age of 15. That young boy was Rehan Ahmed and even the great Warne would have scarcely imagined that he would be taking Test match wickets aged 18. The youngest ever England debutant did himself proud in Karachi, bamboozling some of the finest players of spin in the world on his way to a 5 wicket haul on his Test debut.

We have been here before with promising England leg spinners. Chris Schofield anyone? But on first impressions Ahmed does seem to be the real deal, as long as he is carefully managed by Stokes and McCullum, and allowed plenty of time to learn his craft in the county game. His rejection of an IPL contract to play for Leicestershire in the Championship is a promising sign. This young man could be around for a long time to come.

The raging against the dying of the light award – Darren Stevens

46 years old and still going strong, the career of Darren Stevens warms the hearts of cricket fans everywhere. 2022 may not have been quite as remarkable a year as 2021 statistically, but there were still moments of brilliance including an innings of 84 of 65 balls in Kent’s Royal London Cup semi final victory against Hampshire.

Stevens described himself as “hurt” by Kent’s refusal to offer him a contract for next season but the county’s victory over Hampshire in the RL Cup final at Trent Bridge was still a fitting ending to his 17 years at the club. At the time of writing, Darren Stevens doesn’t have a club for 2023 but he has announced his intention to carry on playing if anyone will have him. And who would bet against this most evergreen of cricketers carrying on for a little while yet?

So now that 2022 is over, what can we look forward to in 2023? It is heartening to see that the first 7 rounds of the County Championship will include a Saturday’s play. Maybe we can dream of crowds streaming through the gates to enjoy a revitalised Championship – saved from the jaws of Sir Andrew Strauss’ High Performance Review – and of sunny weekends where old and young alike enjoy a day at the cricket.

There will also be the joy of seeing Ireland play a Test match at Lord’s again, although they will have to go some to match their performance of 2019 where England were bowled out for 85 before lunch on the opening day.

And then, of course, there is the Ashes. The travesty of not playing it over the summer holidays aside, it will be thrilling to see Ben and Baz take on the oldest enemy. Perhaps an urn-clinching hundred from Jonny Bairstow on the last day at The Oval, al a Kevin Pietersen in 2005, is too much to hope for but then again everything seems possible at this time of year. 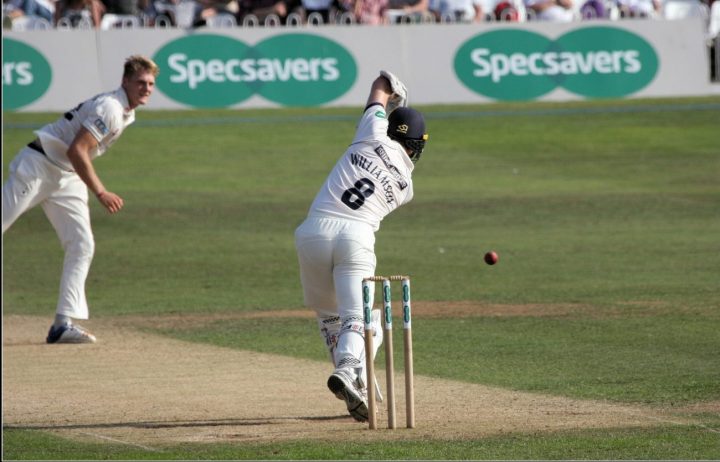 The purity of Test cricket and the five day game was once sacrosanct and untouchable. Domestic cricket had been reaping the benefits of the one day game since the early 60s, but it took almost 10 years to infiltrate the international game. The 50-over format slipped quietly into the calendar and took its formal bow when the World Cup was first staged in 1975. T20 cricket arrived on the international scene in 2005 – two years after the domestic game had embraced the quick and easy thrill...