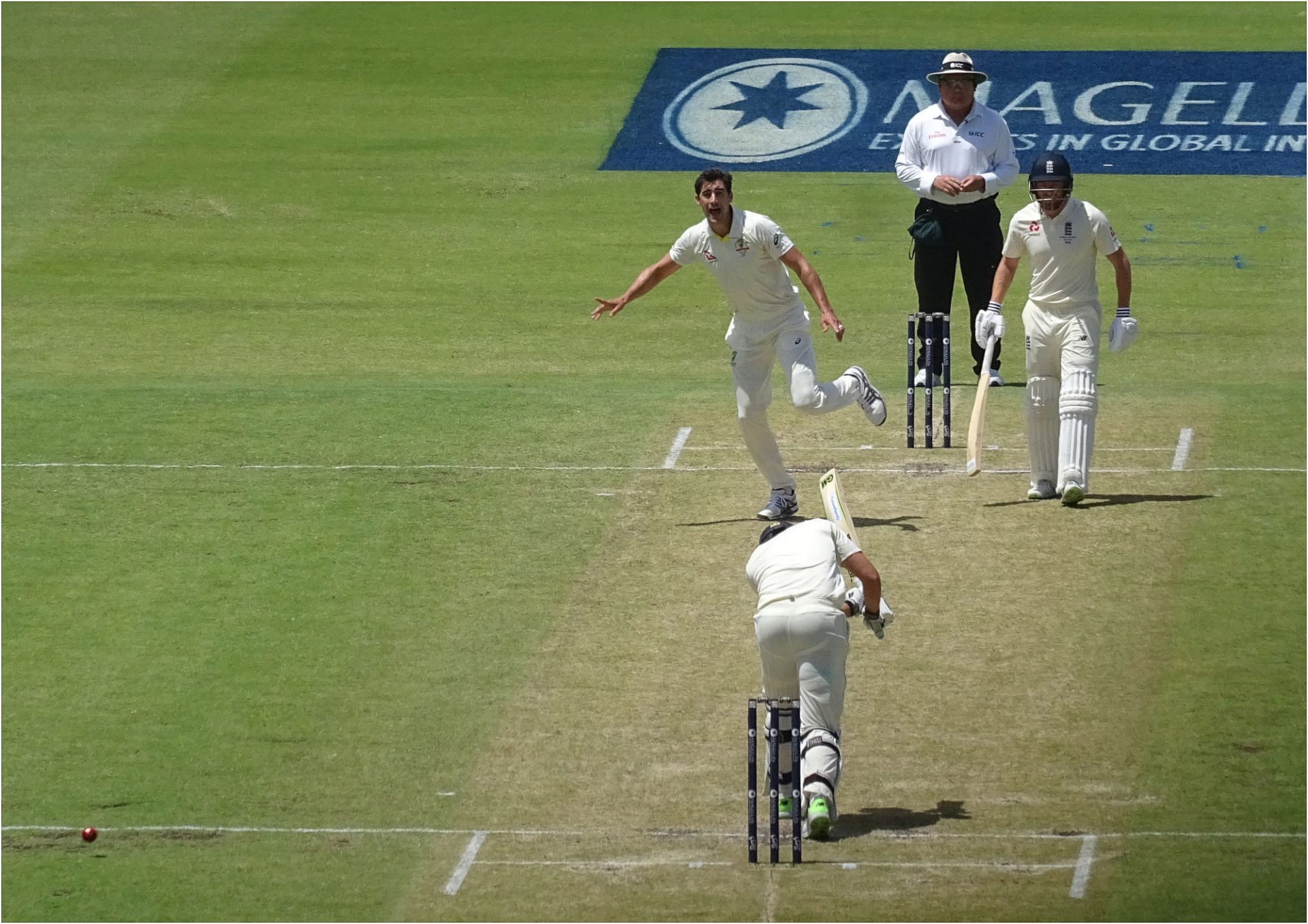 Today Issac Rawcliffe reviews the 1st Ashes Test. Sadly, it was as bad as many of us had feared…

“Were the late nights really worth it?” The words spoken in unison by England fans around the country following their abject submission to the Australians in the First Test which concluded in a 9 wicket victory for the hosts.

Before every away Ashes series, England fans seem to procure confidence from nowhere and, of course, the Brisbane Test always brings them crashing hastily down to planet Earth. Perhaps Andrew Strauss and his audacity to actually win in Australia is to blame, with the faint memories of 2010/11 still lingering in the minds of those fans that were lucky enough to experience it.

Any confidence in 2021 was shattered on the very first ball of the series when Mitchell Starc sent Rory Burns’ bails flying with a full swinging leg stump delivery that Burns played all around. That set the tone for the rest of the England first innings after Joe Root had won the toss and chosen to bat on a green pitch.

They quickly found themselves 11/3 with Joe Root dismissed for a duck and the momentum well and truly behind the Aussies. England eventually limped to 147 all out on the first day with Jos Buttler and Ollie Pope top scoring with 39 and 35 respectively.

The bowling on the first day was impeccable and quite frankly far too good for such a feeble batting line-up. Pat Cummins in his first Test as captain took 5 wickets and was unplayable at times, especially in such helpful conditions. Josh Hazlewood was equally as impressive and picked up the crucial wicket of Joe Root in the first session.

The Aussies unsurprisingly fared a lot better than the visitors with the bat. Despite an early breakthrough in Marcus Harris and some very disciplined and skilful bowling from England’s seamers, David Warner and Marnus Labuschagne managed to survive some close calls and cash in once they were set.

England did at one stage find themselves with a glimmer of hope as they had the Australians 195/5 after Ollie Robinson picked up 3 including a first baller for Cameron Green. But Travis Head, whose place in the side had been questioned leading into the series, responded with a match winning innings of 152 off 148 balls which lifted their final total to 425. Head was aggressive, confident, and dismissive of the England bowling. He scored at such a rate that the wind was knocked out of England’s sails.

The pick of the bowlers were the 3 seamers Robinson, Woakes and Wood, who toiled away for little reward. They bowled in challenging areas, Woakes and Robinson nipping the ball off the seam and Wood bowling at speeds of up to 94mph. They were unfortunately not ably supported by Ben Stokes, who bowled 15 uncalled no balls in his first few overs, and Jack Leach who was simply too easy to hit.

England had an enormous deficit going into their second innings and needed either a miracle or for all of their batters to stand up and show some fight and application. Unfortunately, both openers were dismissed cheaply once again, although Hameed had looked assured before getting strangled down the legside.

Hope briefly glimmered for England thanks to the bats of Joe Root and Dawid Malan, who both made stylish fifties on Day 3 and finished unbeaten on 86 and 80. Suddenly, with the lead less than 70, England fans were eagerly awaiting the 11:30pm start on day 4. Was this going to be Cook and Trott all over again?

Of course not. All the optimism quickly unravelled as Root and Malan were dismissed in the first session without reaching their centuries. The rest was simply a procession. Nathan Lyon took 4, picking up his 400th Test wicket in the process, whilst Cameron Green bowled exceptionally well, picking up 2 wickets to follow his first Test scalp on the opening day. England slumped to 297 all out, which meant their Day 4 total was a pitiful 77/8.

With only a target of 20 to chase, Australia managed it with only the loss of debutant Alex Carey who was promoted to open. It was miserable viewing for the England fans who stayed up through the night perhaps in hope rather than expectation, but it was the dream start for the Aussies who maintained their outstanding record at the Gabba. Australia now have all the confidence and momentum going into the day-night Test at Adelaide on the 16th.

The England selection panel will face an inquest after the exclusion of both Jimmy Anderson and Stuart Broad proved incredibly costly. Surely both will be expecting to be back in the side for the Adelaide Test? The batting remains as fragile as ever, but with very little in the way of backup, not many changes can be expected.

Australia will be missing Josh Hazlewood for the next game but have ready-made replacements in Michael Neser and Jhye Richardson, both of whom are handy bowlers.

England will desperately try and forget the first Test, but they are very much up a creek right now with no paddles in sight. At least they finally have some match practice under their belts though.

You can read more of Isaac’s stuff over at his blog Blood, Sweat & Spears.