Clare Connor’s Appointment As MCC President Is Most Welcome

“Sod off you sexist git”

History has been made during lockdown by the Marylebone Cricket Club, with the appointment of its first female president, Clare Connor. Connor’s cricketing credentials are impeccable, with over 100 appearances for England, and her administrative ones are equally worthy, being the present Director of Cricket for the ECB. The appointment can thus properly be said to have been on merit, not tokenism (thankfully, no one seems to have suggested otherwise).

Aside from being a woman, Connor differs from more than a few of her predecessors at the MCC by dint of being aged under 50 and not being from Oxbridge or the aristocracy, nor drawn from the ranks of clubland colonels. MCC’s website explains:

Since 1821, there have been 168 Presidents of MCC, including three men who served two terms.

Of these Presidents, a number had notable titles outside the Club; one was a member of the Royal Family, 93 were noblemen, eight were honourable, six were baronets and 13 were knights.

For some flavour of that august list, from 1952-58 the holders were The Duke of Beaufort, The Earl of Rosebery, Viscount Cobham, Field Marshal Earl Alexander of Tunis, Viscount Monckton of Brenchley, The Duke of Norfolk and Marshal of the RAF Viscount Portal of Hungerford, although the ubiquity of titles did decrease slightly thereafter.

Things have been a bit more progressive in recent times in other respects as well. Connor’s immediate predecessor – the current president – is Kumar Sangakkara, who was the first non-British national in the role. Mike Gatting held the post in 2014, which might have surprised some given that back in his playing days some of the old buffers objected to the noise of him breaking in bats in the dressing room while they were trying to enjoy a post-prandial snifter or snooze in the clubrooms upstairs (as related by Simon Hughes).

Then again, as recently as 2006 Robin Marlar as president railed against the selection of Sarah Taylor and Holly Colvin for Brighton College’s first XI (Connor, coincidentally, attended the same school and had played for the first XI in 1993 – quite a record for one institution – but received no disapprobation from either MCC or Marlar at the time). Marlar thought it was ‘absolutely outrageous’, on the ground of the girls’ safety: ‘If there’s an 18-year-old who can bowl at 80mph and he’s been brought up properly then he shouldn’t want to hurt a lady at any cost’ he told the Daily Telegraph before adding unhelpfully that if he saw a girl bowling at that speed he would question whether she had undergone a sex change. Both players dismissed his complaints and went on to careers at international level, while Connor herself denounced Marlar’s rant as ‘absurd, old-fashioned, and patronising’, adding that ‘it is unacceptable to make those comments.‘

As always with history, however, the story of women’s cricket is anything but a linear curve of steady progression. The earliest record of the women’s game seems to be a report from 1747 in the publication The Mercury of a match in Guildford between ‘eleven maids of Bramley and eleven maids of Hambledon, all dressed in white’. The match was won by Hambledon, by 127 notches to 119, with The Mercury noting approvingly ‘There was of both sexes the greatest number that ever was seen on such an occasion. The girls bowled, batted, ran and catches as well as most men could do in that game.’ One infers from the report that ‘the girls’ were not novices, and therefore they and other women had to have been playing the game for some time by then.

Another random surviving account from the eighteenth century is of a 1793 match between Married Women and Maidens at Bury Common. The single ladies lost, but again the record of the fixture implies that women’s cricket was not a novelty in those times.

Unfortunately, over the next hundred years women’s cricket soon fell far behind that of the men, at a time when sport in general was becoming much more organised. The first official women’s cricket club, the White Heather Club at Nun Appleton in Yorkshire, was not formed until as late as 1887. That date seems somewhat surprising given that the Victorians were not universally against women’s cricket: in the 1890 edition of James Lillywhite’s Cricketers’ Annual, the patronising authors judged cricket to be less ‘severe’ on women than lawn tennis or various other sports and hence appropriate for them to play. There have even been suggestions that it was women cricketers who invented overarm bowling in the mid-nineteenth century because underarm was not easy with the wide skirts of the time, though I have not seen a definitive source.

Things continued to move slowly in the twentieth century. It was not until 1934 that the first women’s test was played, and it was not until 1998 before MCC, 211 years old at the time, finally dragged itself into a semblance of modernity by allowing women members. Previously, the only woman who had been allowed to set foot in the Long Room at Lord’s was Queen Elizabeth II, much to the consternation of one desiccated member who, seeing her from a distance, exclaimed with displeasure that EW Swanton had a woman with him. (On another of the Queen’s visits a flunky had to be despatched at haste because it emerged that even the famously well-stocked Lord’s cellar did not have any Dubonnet, Her Majesty’s favourite lunchtime tipple.) 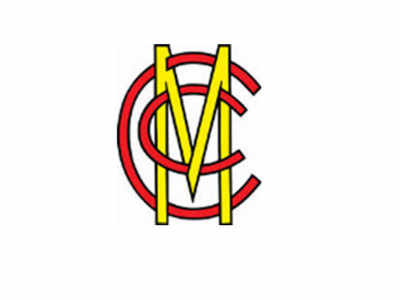 Admitting women to MCC had certainly been a hard-won battle. A legend of the woman’s game, Rachael Heyhoe Flint, had applied for membership as far back as 1991, but the vote had repeatedly failed to obtain the necessary two-thirds majority for a rule change. Some unintentionally tragicomic mumblings were made during the various debates. One was heard to complain that he would have to ‘modify his behaviour’ if women were admitted, raising disturbing questions about how he normally behaved towards women (or men for that matter). Others thought that women might spoil the conversation (presumably by talking about women’s cricket). Still another speculated with trepidation that the Lord’s shop might start stocking MCC-coloured twinsets and lingerie (why that would be a problem he did not make clear). A letter to The Times baldly declaimed that cricket was a ‘man’s game’, the author presumably having not read anything published after 1747.

All in all, the objections gave the impression that the old dodderers shared the concern of Pliny the Elder that the presence of fertile women might turn the wine sour. The underlying problem seems to have been that the members regarded MCC as a Pall Mall gentleman’s club – a private institution whose members could do as they pleased – rather than an organisation to administer and promote the game of cricket. If the latter then it would make no sense to exclude 51% of the population. (If the former it wouldn’t either, but that would be up to the members themselves.)

There was especial irony in their rejection of Heyhoe-Flint, given how far sighted she had been for cricket as a whole – being the visionary behind the first cricket World Cup. She was eventually one of the first group of women members admitted, her membership being conferred upon her because of her status in the game. Others qualified as playing members or were given honorary life membership, including Connor, though everyone else had to join the normal MCC queue and wait 20 years. (MCC has just announced that in future anyone with a spare £80,000 might be able to purchase a life membership, to help the club with its Covid 19-inflicted cash shortage. The rich are different from you and me, as F Scott Fitzgerald once said.)

After the admission of women, the next step of note by MCC was in 2017, when it decreed that future editions of the laws of the game would be written in gender neutral language. It was not so simple, however, since MCC decided that a few expressions such as ‘batsman’, ‘third man’ and ‘twelfth man’ were well enough established that no one wanted an alternative, thus freeing cricket authors from having to write ‘nightwatchbatswoman’ as I once read in an old magazine.

In the present day, although overt sexism might have been removed from the game, I still wonder if the authorities promote women’s cricket as well as they might. Test matches are few and far between; heaven forfend that the only considerations might be short-term financial gain rather than a longer-term attempt to expand the women’s game. According to Cricinfo there have only been 140 women’s test matches in history, compared with more than 2,000 men’s, and none at all took place in 2018 (a solitary one was held between England and Australia in 2019). Instead, women play almost exclusively T20 or 50 over matches. Even the Women’s Ashes is contested by a series of T20, 50 overs as well as a test match or matches, with the winner determined on aggregate results.

Further, if MCC and its presidents have mended their ways, the same cannot be said for all cricketing luminaries, given Sir Geoffrey Boycott’s recent prattle about women commentators being disqualified ab initio from the role of summariser because, he maintained, that function could only be adequately done by someone who had played men’s test cricket (Boycott allowed women to be ‘commentating, fronting as presenters and reporting’, but failed to make any case as to why summarisers should be treated differently).

In other parts of the cricket-playing world, relations between the sexes have been even less enlightened over the years and in some places still are. In 2007, for example, international cricket at the Queen’s Park Oval in Trinidad was imperilled when it emerged the club which ran the ground still excluded women from its membership, nearly a decade after MCC’s belated change and despite efforts to compel change.

Since MCC no longer holds the position it once did in the game of cricket, in England or globally, Connor’s role will not have quite the influence it might have done once. But MCC is still an important organisation, acting as custodian and arbiter of the laws and spirit of the sport, and her position should certainly raise the profile of the women’s game. We should wish her well in all respects.

James is a cricket historian and author of Court and Bowled: Tales of Cricket and the Law.