Even to me, it came as a surprise. To someone younger, forty perhaps, it must have been a shock, a light-bulb moment. I refer to the arrival in the England Test team of Ben Foakes, not so much selected as ‘rotated in’, a wicket-keeper at last, after all those years.

There it all was: those swift and accurate feet, the balance and, above all, the lightning-fast hands. It took me back to my youth, watching Yorkshire at Bradford. Don Brennan was Yorkshire’s keeper when I first watched, and he was succeeded by Roy Booth, who went on to Worcestershire. However, it was the third B who stirred the imagination, a young man named Jimmy Binks.

Binks was a glorious keeper, of the quietly efficient type. Bradford was notorious as a raging turner when wet, which was often. It was the ground where Jim Laker had taken eight for two in a Test Trial match a few years earlier, and I had witnessed a game which was over by lunch on the second day, with 38 of the 40 wickets taken by spinners, Appleyard and Wardle for Yorkshire, Tribe and Broderick for Northants. This was 1955 and I had gone along to watch the newly famous Frank Tyson. He bowled seven overs in the entire match, and Trueman only five!

Booth kept wicket in that game, but when his time came Binks handled the two great spin bowlers with consummate skill. There was Illingworth also and Close and, later, Don Wilson. Binks caught the outside edges from Trueman’s thunderbolts, no problem, and often stood up to the brisk inswingers of Bob Platt. He remained Yorkshire’s wicket-keeper right through the glory years of the 1960s.

Godfrey Evans was the England keeper in the 1950s, and he was as much a fixture in the team as Hutton and Compton, Bailey and Bedser. He was said to be a great keeper, a bundle of energy, brave, and highly skilled. His place was never discussed. Ordinary people didn’t have television sets in those days, and I don’t remember seeing Kent at Bradford, so I probably never saw Evans keep. 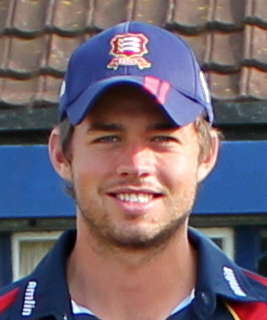 Years passed. Binks was succeeded by more B’s, but he was never replaced. David Bairstow, Richard Blakey and then Jonny Bairstow were Yorkshire’s main keepers for decades. They were all decent, better than decent, perhaps, but none of them was Binks. Not even close.

England were luckier. There was a short period when batsman-with-gloves Jim Parks was keeper, but then came along two geniuses, almost together. Alan Knott and Bob Taylor, contrasting in style, were both great keepers. Taylor reminded me of Binks, Knott was something rocket powered and made of elastic. England cricket was in – literally – good hands.

Next cab off the rank was the eccentric, brilliant – and occasionally fallible – Jack Russell. He was a joy to watch, and to see the Gloucestershire one-day side dominate in the field, with Russell the hub and focus of everything, was something you could not forget. Except….it has been forgotten. I would have thought that this would be the template for T20 cricket, especially, but the trend seems to be the exact opposite.

In Test cricket, Alec Stewart was often preferred to Jack Russell. I have no problem with that, because Stewart himself was a very fine keeper. Unfortunately, the story seems to have ended there. It became the trend to insist that keepers be excellent batsmen, even at County level. There was a guy at Hampshire called Michael Bates. He really looked the part, but it was said he couldn’t bat. I actually saw him make a century against Yorkshire at Headingley, but he disappeared from the County game. James Foster looked good, too, and was certainly a decent enough bat for Essex over many seasons, but his International career was not a long one. I have no idea why.

Which brings us up to date. We have seen Jones and Ambrose and Prior, and now Bairstow and Buttler. They are all good cricketers, talented sportsmen, no doubt. I get round the country in an old Ford Fiesta. It’s a damn good car and it gets me there. I know it’s not a Rolls Royce. And the guys I go to watch are not Binks or Knott, but perhaps – and only perhaps – Ben Foakes really is a Rolls Royce amongst keepers. I hope he gets a long enough run for us to find out.

What really concerns me is something said by Andrew Strauss, in the studio during the recent Test. It was put to him that Foakes was the wicket-keeper we had all been waiting for, and he replied on the lines that it wasn’t something he had thought much about. “It’s just something old people go on about,” he said. That is certainly true; we do. And we’re probably going to have a Ford Fiesta keeping wicket for England for years to come, until there’s nobody left alive who remembers the real thing.

As an old person, I am going to have the last word. There was a young Lancashire lad, I think he was, keeping wicket for Durham against Warwickshire, who had the misfortune to drop Brian Lara. “Typical of my luck if he goes on to score a hundred,” he moaned.

Raw numbers paint the picture. The viewership of Yorkshire’s live stream hovered consistently around 3,500. As the afternoon ticked along, so too did the flow of viewers.  The steady click of electronic turnstiles turned into a stampede, as people raced to view the climax of Northamptonshire’s visit to Headingley. As soon as Northants lost the ninth wicket, attendees arrived en masse.  The numbers whirring upwards like an odometer fraud in reverse. 3,981, 4,121, 4,333, 4,550, 4,670... 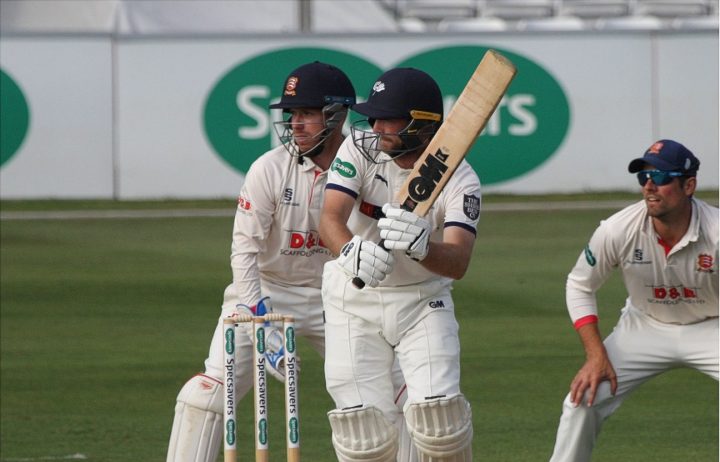 A few games into the County Championship season and you tend to get an idea of the players that may be knocking down the door for England selection. With none of England’s incumbent top 3 in sparkling form, and question marks hanging over the head of Rory Burns in particular, it’s time to look at some players who are quietly chipping away in the background but who may provide a stable option in the upcoming coming Tests against New Zealand. Surprisingly for batsmen in April, runs have been...

The IPL is polarising. If you love first class cricket and, like Michael Holding, you think T20 is a threat to traditional forms of the game, then you probably dismiss the event as a gaudy circus. However, if you just love cricket in general, and you’re grateful for the income that T20 generates, then you probably don’t mind the razzmatazz of India’s premier domestic sporting competition. You might even find it refreshingly vibrant. There’s a danger of generalising here...