Today Matthew Sheldon recalls Devon Malcolm’s 9-57 at The Oval against South Africa. I was lucky enough to interview Devon a couple of years ago. You can listen to the interview here. But before you do that, here’s Matthew with a fan’s perspective on that brilliant day back in 1994 …

How do you dismiss a number 11 cheaply and efficiently? A ‘batsman’ with a single figure average? A bunny?

This is usually a simple operation, but on occasion it can be quite a tricky and frustrating task. There are ways and means of disposing of players who struggle to put willow to leather.

Here are some options that work:

Pitching it up and hitting off stump. After a few attempts they miss and you hit.

A slower ball. They might drive one uppishly to mid-off.

A yorker. Trap them in front or clean bowl them.

Indeed, there are lots of alternatives when dealing with a number 11 rabbit. I am certain, reader, you have many ideas of your own.

Hmm…so what to do?

This was the question facing South Africa as England struggled at the end of their first innings at the Oval in 1994. Devon Malcolm, England’s oft bespectacled bunny, was at the crease.

Here’s what not to do.

Do not under any circumstances wake the beast. Do not – I repeat – DO NOT send down an 85 mile an hour bouncer aimed at his head. For if you do … well in Devon’s own words: “You guys are history.”

It could’ve been oh so different for the South Africans.

Had they chosen a different plan, they still would’ve secured a slim first innings advantage. But crucially they may have encountered a very different Devon Malcolm when they came to bat again.

The word that comes to mind for many of Devon’s spells would be ‘inconsistent’. His bowling could be brilliant, brutal and bloody awful in equal measure. Steve Waugh wonderfully described the experience thus: “it was the fastest over you’ve ever faced, followed by the worst”.

This waywardness would be utterly frustrating, not to mention painful – both for the batsman and also the fielding captain.

But not on this day.

The loud tinny smack that thundered into Devon’s dark blue helmet marked the beginning of the end of this test match. It changed Devon. He switched from an amiable figure with a hint of danger, to a beast of the most dangerous order. 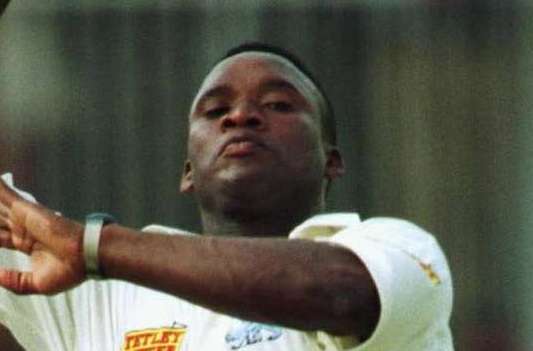 When his spell began in the South African 2nd Innings it was clear to see he was a man possessed. Rampaging in like a bull in a shop which only sells fine china (if you can imagine such a thing) he delivered a fast bowling masterclass. It was barbaric, visceral and joyous!

The South Africans who had been so in-yer-face and alpha male about their cricket were frightened out of their wits. And they began to fall timidly as the magnificent Malcolm bounded in.

Bouncing energetically and delivering rockets (back then I swore I saw sparks flying from the ball) he ripped the opposition apart.

This was Devon with the handbrake off – at his intimidating and bullying best. With a laser like focus and an aura of total domination.

There was little to no waywardness during this innings. He was butchering the carcass of the South Africans for all the baying crowd to see. How the Oval crowd loved this gladiatorial scene.

This was the best spell of bowling I had ever seen. The fact that these spells were few and far between for England is a fact. What is also a fact is that at his very best Devon Malcolm could be one of the most hostile bowlers of any generation.

This display of fast bowling cannot be described as effortless. It actually looked like Malcolm was putting everything into every delivery. Every sinew of his body was pulsing and rippling as he rampaged through the South Africans.

These figures are absolutely magnificent. Without Daryl Cullinan, who made a determined 94, South Africa would’ve been bowled out for a record low score. The cowering Proteas had been completely decimated by this dominant Malcolm.