Are you ready for Port Elizabeth? Personally I’m raring to go. It’s been almost ten days since Newlands and I’m beginning to crave some of the good stuff. Let’s hope for another enthralling contest that convinces the authorities to ditch this 4-day Tests idea.

Speaking of 4-day Tests, the MCC made a short but sweet statement rejecting the idea yesterday. This was a very positive development. The blunt nature of the statement – which was just 40 words – suggests to me that the MCC aren’t enamoured with the idea whatsoever. Good on ’em. I hope the ECB get the message loud and clear.

England are expected to make just the one change at PE – unless the dreaded lurgy returns. Jimmy Anderson has gone home to nurse his sore jib (the poor sod) so England will have to decide which pace bowler will replace him. There are obviously four options: the fit again Mark Wood, Jofra Archer, Chris Woakes, and Craig Overton.

My preference, if I’m being honest with you, would be to see both Wood and Archer in action together at some point. They were an awesome duo during the World Cup and I think they could be incredibly effective when England tour Australia in a couple of years’ time. However, now is probably not the right time for a couple of reasons (a) this would probably mean dropping Sam Curran, who deserves to retain his place on current form, and (b) both of England’s speedsters are under something of a fitness cloud.

Fitness is probably the key issue here. England will need to be 100% sure (or as sure as they can ever be) that both Wood and / or Archer would last the whole 5 days. England have a little bit of breathing room because we field 5 bowlers, but it’s still far from ideal when a team goes a bowler down. Jimmy Anderson’s injury could’ve cost the team victory at Cape Town had Ben Stokes not pulled off more Ben Stokes heroics in the second innings.

Strangely enough, Wood’s fitness actually gives him the edge over a rival for once. He has out-bowled Archer in the nets by all reports, and Archer has been down on pace and down in the dumps because of his sore elbow. Personally I can’t see England risking Archer at this point. Wood, on the other hand, has apparently bowled rapidly in practice.

Selecting Wood, however, is still a little risky. For starters he hasn’t played any cricket for months. He’s bound to be rusty. What’s more, one can’t ignore his reputation for breaking down – although I can’t remember the last time this has happened in-match. Normally he bowls through the pain (or takes pain-killing injections to get through the game) and then misses time afterwards. 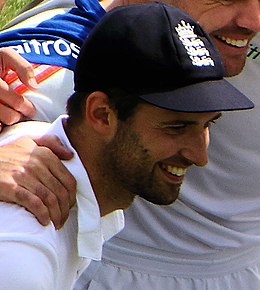 Fortunately England do have a couple of reliable foot-soldiers standing by if the management err on the side of caution. Chris Woakes rarely lets England down and his batting is a bonus too. Craig Overton is also available if England feel that an injection of vim and vigour are required.

Personally, if it came down Woakes or Overton then I’m going with the Warwickshire man. The Mighty Woakes was an original pick for this tour, whereas Overton was injury cover, so the former clearly deserves to play if it comes down to the two of them.

One could also argue that Woakes is slightly more skilful and experienced with both bat and ball – although, at 30 and 25 years of age respectively, one might argue that Overton is the coming man. England might also feel that Overton’s height gives him an edge in South African conditions. Woakes is approximately 6 feet tall whereas Overton is a towering 6 feet and four inches.

Personally I’d roll the dice and pick Wood. He’s been bowling thunderbolts in the nets, and if we can bowl like his did in his last Test match at St Lucia then he’ll make a massive difference to England’s attack.

With England highly likely to retain Dom Bess, who performed admirably in a holding role at Newlands, I think we can afford to gamble. I’d expect Bess to bowl a lot of overs at PE because the pitch looks dry and the Sri Lankan spinner De Silver took a 5-fer at this venue last year. This should give the seams adequate time to rest and rotate at the other end.

It also tends to grind my gears – to the extent that a good dose of WD40 is required to lubricate my health and temper – whenever England pick four seamers of similar pace. With Broad, Curran, and Stokes normally operating in the 80s, I feel a bit of extra speed and aggression is exactly what the doctor ordered. I know that Stokes cranked it up to 90mph in the last game, but this has been a somewhat rare occurrence in recent times.

Who would you pick and why?