Today we continue our build up to the 1st Test against India with a look at Rishabh Pant and the other Indian young guns. Thanks to new writer Sebastian Evans for this contribution …

India’s stunning victory in Australia marked the maturing of the next batch of supremely talented Indian cricketers. And while they’ve had precociously talented teams in the past, this crop, with Rishabh Pant at its head, might just be the best yet.

The annals of Indian cricket have long been marked by the God-like status given to its star players. Gavaskar, Kumble, Sehwag, Tendulkar, Kohli and Dhoni are all deities in Indian society. The status that Tendulkar occupied in the minds of the Indian public seemed unique when he retired 10 years ago, but Virat Kohli has risen to an equal rank through his tenacious winning-attitude and virtuoso cover drives. Just as Kohli slipped into Sachin’s shoes with consummate ease, so it seems Pant is set to occupy the gap left by MS Dhoni when he retired from international cricket last year.

The talent that is Rishabh Pant has been bubbling nicely below the surface since his Test debut in England in 2018. Now he’s finally threatening to take the international cricket world by storm. He has shown supreme talent in becoming the first Indian wicket keeper to score Test centuries in both England and Australia, as well as being the fastest Indian keeper to 50 test dismissals. However, it seems he has always been considered as a player for the future, whose realisation of undoubted ability would depend on his capacity to control his attacking instincts and develop a maturity to go with his fearlessness. His performance on India’s latest tour down under shows he is well and truly ready to take up Dhoni’s legendary position, both behind the stumps for the Indian team, and in the hearts and minds of the adoring public.

In making 89 not out off 180 balls on the last day of the fourth test in Australia, Pant inspired one of the most unlikely series victories in Test history. With Virat Kohli going home after the first test to attend the birth of his first child, India were staring a heavy series defeat in the face, particularly after they were skittled out for 36 in the second innings of the first day-night test in Adelaide. However, with Pant recalled for the Boxing Day Test at the MCG, and an inspired temporary captain in Ajinkya Rahane, they provided one of the great comebacks to take the Border-Gavaskar trophy back with them to the subcontinent.

Having levelled the series in Melbourne, India headed to Sydney, where they faced a daunting target of 407 on the 5th day. Pant walked to the crease at 102 for 3 after 26 overs, and proceeded to blast 97 off 118 balls, smearing the ball to all corners of the ground with formidable force. The fearless mindset Pant brought to the innings was striking, and his ability to pull it off simply remarkable. He alone gave India a sight of victory before Vihari and Ashwin batted out for a draw. A born winner, he was distraught not to have finished the job, and promised to bring the same batting style to the Gabba, where Australia were unbeaten in 33 years. Before this series, Australia’s record at ‘Fortress Gabbatoir’ was nothing short of imperious, with the last visiting team to win there being the legendary West Indies side of 1988 lead by Gary Sobers.

However, Pant did not seem the least bit intimidated by Australia’s record in Brisbane when he walked to the crease on the last day of the series. Facing a very similar situation to the one he had almost escaped from in Sydney, he didn’t let it slip this time. Staying true to his promise, his agricultural yet stunning innings of 89 not out led a vastly depleted India side to victory against the much-vaunted bowling quartet of Cummins, Hazlewood, Starc and Lyon.

While neither of these remarkable knocks ended in a hundred, they are both more noteworthy than his two previous hundreds as markers of his development and mindset as a test player. Although MS Dhoni’s record in ODI cricket is sensational, Pant looks set to eclipse his predecessor in the Test arena. On his way to 89 in Brisbane, Pant became the quickest Indian keeper to 1000 test runs, reaching the milestone in 27 innings to Dhoni’s 32. Moreover, with 274 runs in the series, Pants test average has risen to 43.5, the best of any test wicketkeeper in the world, even the previously peerless Quinton de Kock.

All this shows that, while Pant has a long way to go to match Dhoni’s 10773 ODI runs, his devotion to the longer format may see him surpass his hero’s exploits in whites. In response to the comparison between himself and Dhoni, Pant insists he is keen to create his own legacy in Indian cricket. If he continues to pull off Ben Stokes-like knocks as he has in Sydney and Brisbane, he will do just that.

What is for certain, is that he is part of a generation of Indian cricketers that may go down as the most talented ever. While Pant finished off the job in Brisbane, it was 21 year old Shubman Gill’s swift 91 at the top of the order that laid the platform for his keeper’s stunning innings. Gill’s test average is 51 after three matches, and while this is very early days in his test career, his ability to pull off the back foot and drive on the front foot makes him look a dead cert for a very long and prosperous test career. If he can flourish in Australia against Cummins, Hazlewood and Lyon, he clearly has the temperament to go far. 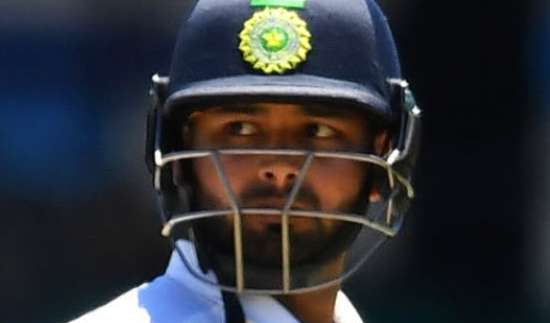 In the bowling department, Washington Sundar, Shardul Thakur, Mohammed Siraj and Navdeep Saini looked very at ease in the Test arena, and seized the opportunity as India’s bowling attack in the absence of Bumrah, Shami and co. Both Thakur and Sundar also scored sparkling 50s down the order at the Gabba, underlining their appetite for the contest.

AB de Villiers has described the depth of Indian cricket as ‘scary’, and when you look at the XI that can be made out of the players absent from the victory in Brisbane, it’s hard to disagree. The following XI is made up of players unavailable for the last match at the Gabba: Prithvi Shaw, KL Rahul, Shreyas Iyer, Virat Kohli, Hanuma Vihari, Ravindra Jadeja, Wriddhiman Saha, Mohammed Shami, Ishant Sharma, Jasprit Bumrah, Kuldeep Yadav. This team would be favourites against most sides in the world, and the fact that India beat Australia on their home turf without the help of any of them is astounding.

There is no doubt that India has an unrivalled strength in depth in test cricket at the moment, to the extent that they could comfortably field an A and B team that would both win test series across the world.

Events in Australia highlights the value of the IPL in breeding top-quality Indian players who are adept to playing in high pressure environments. While England t20 Blast is set to be all but replaced The Hundred, and Australia’s Big Bash has failed to build on early promise, the IPL is churning out top quality Indian talent.

Crucially, although they have honed their skills under the lights with a white ball in hand, Pant, Gill, Sundar and co are able to transfer their skills to the Test arena. This shows the level of expectation the players experience during an IPL; once you’ve played in front of 68,000 at Eden Gardens with £2m worth of prize money on the line, a Test match at the Gabba is neither here nor there.

While many feared the IPL would be the nemesis of test cricket, it seems to be creating India’s test players of the future, and in Rishabh Pant, they have another cricketing God in the making. 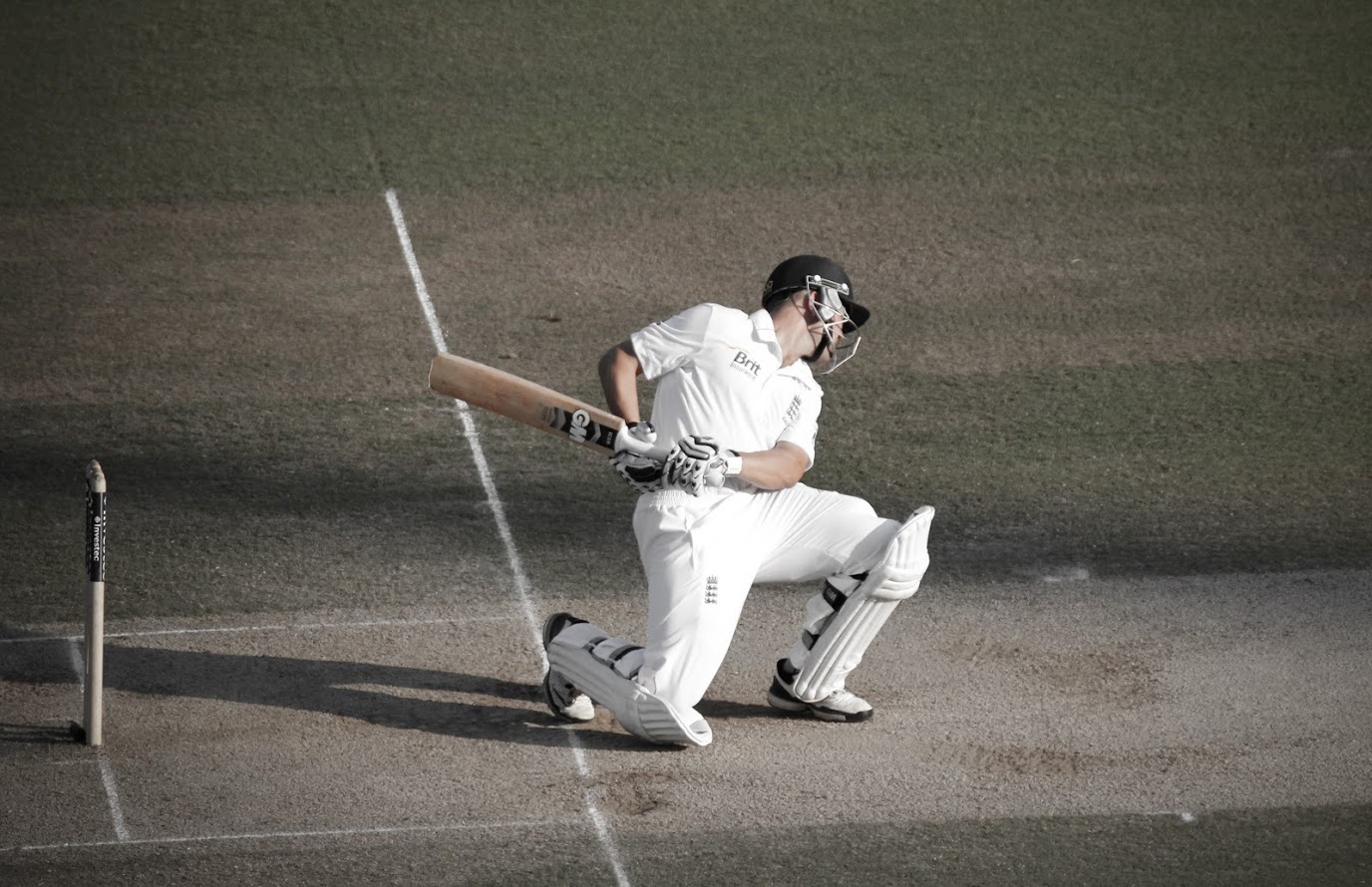