Today we welcome Aussie writer Charbel Coorey to TFT. Here’s his assessment of Ben Stokes from an Australian perspective. It’s good to know that our rivals appreciate what a special cricketer he is too …

If you tweet, get it done as fast as you can between balls or overs. If you need to go to the bathroom, it can wait. Want a snack? That can wait, too. If a game is hanging in the balance, you can count on one man to grab it and hold it safely for England. And you don’t want to miss any of it.

As an Australian, I know all too well the impact that Ben Stokes can have on a cricket match. While the nightmare of Headingley 2019 is etched in memory, one can only appreciate the presence Stokes provides on a cricket field. The kind great players possess.

A quick glance at his Test record might suggest otherwise to those infatuated with sheer numbers. Although Stokes averages more with the bat than ball, he ranks fourth among current Test all-rounders in terms of difference between batting and bowling averages (minimum 40 Tests). A Test average of 36.54 and bowling average of 32.68 might be considered good but not great, but avid watchers of the game will know better than to make such a quick and ill-informed conclusion.

Indeed, while we obsess over numbers as cricket lovers, the game goes beyond mere statistics. Other questions must be asked. How does a player perform under pressure? Does he prop up his numbers with runs and wickets when the going is easy? Or does he deliver in the most challenging of circumstances, forcing opposition players and fans to believe that the game isn’t over until his threat is nullified? 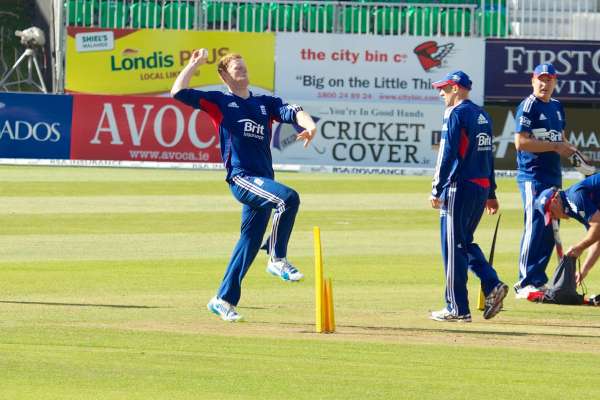 England as a Test side with Stokes compared to without Stokes are two very different pictures. As you hold up the two pictures, one is painted with conviction, belief, and a sense of expectation that the desired result would be met. The second picture looks far less convincing; one that began relying on hope rather than expectation, seeking a source of direction and inspiration that eventually doesn’t come.

Compare the Headingley run chase of 2019 with that of Adelaide in 2017/18. England entered the final day of both Tests in similar positions, with the hope of winning. At Adelaide, England needed 178 with six wickets in hand, with Joe Root at the crease. At Headingley, they needed 203 with seven wickets in hand, with Root again at the crease overnight. England lost convincingly at Adelaide, and would have also done so at Headingley, had a certain all-rounder not been present. Like an annoying fly buzzing around your head, Australia couldn’t be totally comfortable unless Stokes was dismissed.

It proved to be the case.

Time and time again, Stokes is England’s go to man, delivering when his side really needs him to. Even away from home, which is how players are often judged, Stokes, who ranks fourth among all-rounders for the difference between batting and bowling averages, ranks first for difference between home and away averages.

Think back to his superb 258 at Cape Town. No doubt it was a good batting track, but England were tottering at 167/4. As England fans know, that can mean an ugly collapse to an under-par first innings total; one where the likes of James Anderson and Stuart Broad have to toil away to get England back in the contest. Or at least keep their heads above water. Instead, England played from in front, and kept their 1-0 series lead heading into the next Test of what proved to be a successful series.

The same year, Stokes stood in Bangladesh’s way of making history, winning man of the match at Chittagong. His crucial 85 in the second innings, along with match figures of 6/46 in 25.3 overs in spin-friendly conditions, saw England home by just 22 runs. A year later, Stokes played a vital role in England’s first ever Test clean sweep in Asia, defeating Sri Lanka 3-0.

Fast forward to 2020. The difficult episode of the 2016 World T20 Final is long forgotten. So too the most difficult episode of all; the fight outside a bar that led to his arrest and standing down from the England team. He was handed another opportunity to showcase his talent, and he was not going to let it go in a hurry. As if the man runs on an endless battery, 2020 began where 2019 finished off, as he brought England back into the series in South Africa with a superb all-round display in Cape Town. A 47-ball 72 enabled a quicker England declaration, but the headline moment was Stokes taking three wickets late on day five to get England over the line.

Again, had he not been there, the picture would have looked much like the unconvincing one which lacks inspiration. The one that lacks conviction. The one that is in need of direction. Stokes was the hero once again, as he won his eighth man of the match award in Tests; the best ratio of any current all-rounder.

Now, England sit back and wonder. Will this man will finish his career as England’s best ever all-rounder? Given his ability to deliver in times of need over simply boosting statistics when the going is easy, Stokes is well and truly in the conversation. Without a doubt.