A quick update from Cape Town before I reveal the very obvious answer to the question about four-day tests above. Apparently Jofra Archer has been struggling with a sore elbow – previously diagnosed by England’s management team as a sore arse – and therefore he might not be fit for the second Test against the Cricket Boks.

This is bad news for England, who desperately need Archer’s pace, but something tells me that Silverwood and Co might be slightly relieved if Jofra can’t play. It means they can dodge that awkward question of whether to drop Broad (or even Anderson) to accommodate a spinner. Knowing England, however, they’ll probably just replace Archer with Overton and go into the match with 5 fast-medium seamers instead.

Anyway, back to today’s main topic. We heard on New Year’s Eve – always a decent day to bury bad news – that the ECB ‘cautiously’ supports the introduction of four-day tests. Why? Because they say it will ease the strain on players and create breathing room in the international schedule.

Pull the other one guys. Absolutely nobody is buying this. The last thing the ECB has cared about over the years is player welfare. And as for creating some much needed space in the international schedule, it’s escaped nobody’s attention that the ECB, ACB, and BCCI are currently trying to force through an annual ODI tournament between the big three nations.

Basically if you’re trying to find space for a new money-spinning ODI competition, and the calendar is looking rather tight, shaving a day off Test matches (which would save England approximately 12 days per year) seems like an pretty effective solution.

Let’s ‘do the math’ here. Four-day Tests would save England approximately 12 days per year (that’s if all Tests went to a fifth day, which only about 40% do). But the remaining days would be longer – expanded from 90 overs to 98 overs. Therefore Joe Root, for example, would save about 5 days playing time (40% of 12 days), but gain just over an extra day’s work because he’ll be playing 108 overs per year more. So overall he’s saving just under 4 days on the field.

Now throw in the new big three love-in tournament, which would inevitably involve a number of white ball fixtures (I’d politely suggest far more than 4) plus lots of extra travel if it’s down under or in India. And yet we’re supposed to believe that player welfare is at the top of the ECB’s agenda? Excuse me while I tighten my corset for I fear that my sides might be splitting. 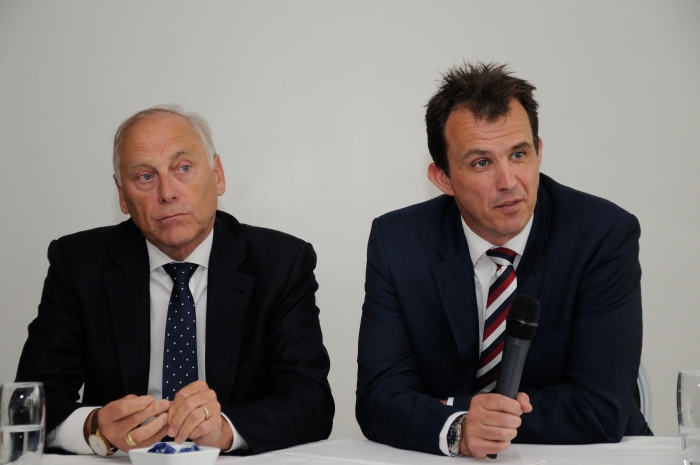 I wrote in my New Year’s article celebrating ten years of TFT that the biggest existential threat to Test cricket is actually the administrators who are supposed to be custodians of the game. This plan to reduce the pinnacle of the sport from five days to four is a prime example.

Yes Test cricket has some problems at the moment. Crowds in some parts of the world are not what they should be. What’s more, there are too many lifeless surfaces that produce bland cricket. However, reducing games from 5 to 4 days makes no sense as a solution to the format’s problems. After all, when are wickets most likely to fall? On the 5th day when pitches have deteriorated most.

Rather than reducing the length of matches – which might encourage more teams to play for the draw (especially if there’s bad weather around) – surely it would be better to simply produce better pitches or use different balls (exchanging Kookaburra’s for Dukes for example).

What’s more, the impact of recent innovations introduced to boost Test cricket – i.e. day-night Tests and the World Test Championship – haven’t even been assessed yet. Day-night Tests have proved very popular thus far, whilst the WTC has only just begun. Surely it’s ridiculous to even consider altering the length of games before these measures have had time to marinade?

It’s all so sad. Can you imagine golf reducing majors from four days to three in order to make room for more big match challenges sponsored by investment banks? The whole concept seems completely over the top.

Although (in theory) introducing four-day Tests might lead to more attacking cricket as teams try to score quickly and force a result, I’m not convinced this will actually happen in reality. Underdogs, for example, might have one eye on survival from the start. This could lead to more negative fields as captains try to contain the opposition, and more negative batting as occupation of the crease becomes an end in itself.

What’s more, if groundsmen continue to produce a plethora of lifeless drop-in surfaces, the stronger teams might abandon hope of forcing a result sooner. We might also see more contrived finishes set up by declaration bowling.

The truth, of course, is that nobody knows exactly what will happen. However, it seems to be that Test cricket would need to be completely broken to justify such a drastic change. And that’s simply not the case. All forms of cricket have their strengths and weakness and, on balance, Test cricket remains the best form of the game.

This year’s Ashes series was the perfect illustration. Three of the five Tests went the 5th day and produced some exhilarating cricket. I’d also worry about the effect four-day Tests would have on spinners. After all, the final day is when slow bowlers come into their own on worn surfaces.

The only justification for reducing the length of Test matches seems to be financial. Test matches can be expensive to host, and less affluent countries do worry about the costs. However, a better solution would be to spread cricket’s wealth more equitably rather than mess with decades of history. Unfortunately, however, the big three aren’t exactly known for their altruism.

When ODI’s started to become formulaic they experimented with power plays, smaller boundaries, and introduced a new ball at each end. They didn’t simply shave off ten overs and make the contests 40 overs rather than 50. So why should Test cricket have to surrender its soul as a first, rather than last, resort?

There is the argument, of course, that change is inevitable. Perhaps we’re just a bunch of cantankerous old fuddy-duddies howling into the wind. Perhaps we should listen to the likes of Jos Buttler:

I think the administrators and broadcasters have got to look at the best way to preserve Test cricket. It’s the best form of the game, so how can we maintain that and keep moving the game on? If that’s the option, moving it to four days, that has to be looked at. I like that it’s five days, when you get a fantastic Test that finishes on day five with all three results possible there’s nothing else really like that in cricket. As with everything times change, things change, and the game has to evolve with that. Everyone has to be open to change if that’s what is needed.

This for me sums up the whole debate. Thoroughly modern Jos admits that Test cricket is ‘the best form of the game’ and that 5 days produces ‘fantastic finishes’ and ‘there’s nothing else like it’. And yet he still thinks we should consider sacrificing all that. Why? Because apparently fundamentally changing something that’s bloody brilliant is the best way to keep it bloody brilliant.