Auni returns with a tribute to New Zealand’s classy captain Kane Williamson. With Steve Smith’s form fluctuating somewhat over the last twelve months, is Williamson currently the best batsman in the world?

There were no fireworks and no fanfare. There were no viral retweets of him shadow-batting in his hotel room nor were there any slick promotional posts on his Instagram account. But Kane Williamson walked off the Hagley Oval having just guided this tiny Pacific Island to number one in the Test match rankings for the first time in history. Quite an achievement for a country with the smallest population of any of the 12 Test nations and an annual revenue less than that of Surrey County Cricket Club.

Williamson’s prolific run-scoring and exemplary leadership skills have been the driving force behind New Zealand’s remarkable success. He scored 238 in the second test match against Pakistan to add to the 251 he scored against the West Indies a few weeks earlier. In doing so he silently consolidated his position as the world’s premier Test batsman.

Brendon McCullum, reflecting on Williamson’s recent achievements, thinks the New Zealand captain is the best in the world.

“In my mind he is the world’s best, Kane Williamson. And it’s not derogatory to any of the other big players around the world and the expectations they have on them and how they deliver. To me, what he’s done for New Zealand cricket – not just his own performance, which is in a difference stratosphere – but he’s taken everyone else with him, and their career numbers have improved, their performances have improved. That’s the mark of not just a quality player but a quality leader. The all-round package of that to me is what makes him the world’s best.”

He has arguably the best-looking off-drive in the world today but Williamson goes largely unnoticed – and perhaps he likes it this way. Whilst others thrive off the attention, he seems shy, reluctant almost, to be in the spotlight. McCullum was asked why Williamson seems to get so nervous doing interviews. “He’s not nervous,” McCullum explained, “he just doesn’t understand why people want to talk about him. He’s always been like that.”

It is Williamson’s understatedness that makes him stand out from the other geniuses of his generation. The fidgety entrepreneurship of Steve Smith and the marketing goldmine that is Virat Kohli contrast starkly to the anachronistic brilliance of Kane Williamson.

He is a student of the classical school of batting. His brilliance lies in all the things that were once fashionable but that do not attract as much attention in today’s world of flamboyant stroke-play, power-hitting and outrageous innovation. His most intelligent shots are those that, more often than not, don’t make the bitesize YouTube highlights. Like when he guides the ball deftly to gully, playing it directly under his eyeline with the softest of hands. His batting is built on technique, patience and finesse; and he accumulates runs almost imperceptibly. The tempo of his innings is often flawless, demonstrating a match-awareness second to none. In his 238 against Pakistan, Williamson was on 10 off 48 at one stage with his next 93 runs coming off just 92 deliveries, soaking up the pressure when Pakistan had reduced New Zealand to 73/4 on day 2 of the second test but pouncing ruthlessly when the moment was right. 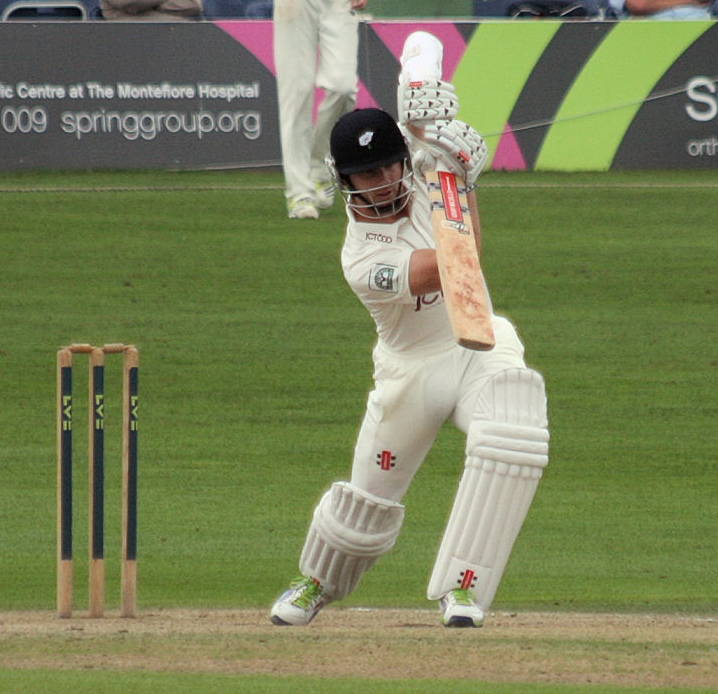 As the game becomes more reliant on the mathematics and the economics, Williamson cares for neither. He shows little interest in statistics or sponsorships.

One of my favourite Williamson moments occurred in December 2018 during the award ceremony at the end of New Zealand’s first away series win over Pakistan in 49 years. In an empty and echoey Sheikh Zayed Stadium, Ramiz Raja began introducing the corporate representatives to present Williamson with the ridiculously named and equally ridiculously looking ‘Oye Hoye’ trophy. Williamson grabbed the trophy and walked obliviously passed the man in a suit and shades straight to his teammates, tossing away the unnecessarily large and superficial cheque before celebrating a memorable victory with his men. (In your face, capitalism!).

The way Williamson carries himself off the field is as much a marker of his greatness as his batting is on the field. Williamson donated his entire match fee for all five ODIs to the victims of the Peshawar school massacre in the New Zealand vs Pakistan 2014 ODI series. During a warm-up game against Sri Lanka President’s XI in 2019, Williamson jogged off the pitch during a drinks break to celebrate his birthday with the fans in Katunayake, who presented him with a cake which he happily shared a bite from.

Williamson leadership qualities are reminiscent of Jacinda Ardern, the country’s most popular prime minister in a century. As she navigates the murky waters of a political landscape dominated by post-truth politics, Williamson too is forging a successful path in a post-Sanderpapergate cricketing world by leading his team with the traditional New Zealand values of hard work and humility.

With Trump refusing to walk, like Stuart Broad on day 3 of the 2013 Trent Bridge Ashes Test Match, we emerge from a horrendous 2020 looking desperately for some light at the end a particularly gloomy tunnel. One would hope that 2021 brings more modesty and honesty with less politics of hatred. Could this be Williamson’s year?