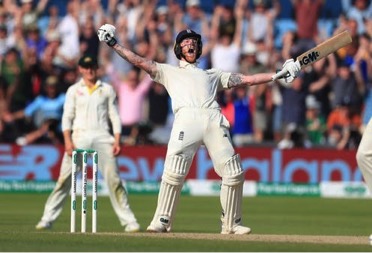 Cricket has a long history in the United Kingdom. Many people see England as the birthplace of the sport. The popularity of cricket in the UK goes back to the 17th century when it was widely practiced in rural areas.

Besides the long history of cricket here are some of the reasons why cricket is so popular in the UK.

Cricket Was Born in the United Kingdom

The origins of cricket go as far back as the 13th century. There is even an account of Edward I which records a game like cricket being played in Kent. The game gained popularity soon after the formation of Hambledon Cricket Club in Hampshire.

The club was initially financed by the wealthy but it was played by local farmers and tradesmen. The club was responsible for creating the rules that govern the way bowling and batting are done. Cricket later gained recognition and moved to London where the Marylebone Cricket Club (MCC) was created. 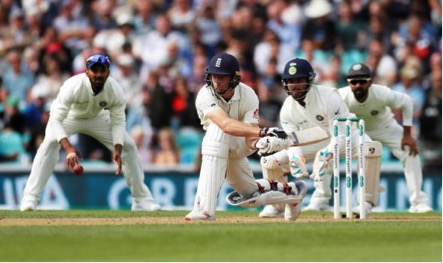 The MCC was based at Lord’s Cricket Ground and soon developed more rules to govern the newly formed game. The sport later spread to public schools where it was widely accepted and played especially in Winchester, Eton, and Harrow.

It is Widely Accepted by the Upper Middle Class

Cricket is very popular in the United Kingdom because it is widely followed by middle and upper-class people in society. This ensured that the sport always received generous funding and clubs were formed very easy.

In the 19th and 20th century, students from well-to-do families held a competition called the “Gentlemen vs Players”. The match drew a lot of support from the wealthy who were ardent fans of the sport. Again this further increased its popularity in the country.

The support gained from the rich upper class in society ensured that cricket was able to survive through the 20th century. Eventually 18 professional clubs were formed, with 17 in England and one in Wales.

The Commercialization of Cricket

Cricket is popular and wealthy in the United Kingdom due to the commercial arrangement between the ECB and BSkyB which gives Sky exclusive rights to broadcast live cricket games in the UK. More people watched the sport when it was on terrestrial television channels, but the broadcast deals were not as lucrative.

Sky’s money was used effectively to fund the game between 2006-2009. The commercialisation of the sport, which increased after the launch of short form T20 cricket, also earned the sport massive revenues. Cricket’s popularity was enhanced as international superstar players competed in T20 leagues across the world.

The broadcast of the cricket games across the United Kingdom has always increased the game’s fanbase. This will speed up when some cricket returns to terrestrial television from 2020.

The Clubs are Created According to Counties

The top cricket teams in the United Kingdom are named after the counties. This means the residents of the counties have a special bond with the cricket team and support them passionately. The different teams compete in the 18-team county championship which is considered to be the most prestigious tournament in the land.

These professional cricket clubs in England are integral to the history of the sport. The championship started way back in 1890 when eight teams – Gloucestershire, Kent, Lancashire, Middlesex, Nottinghamshire, Surrey, Sussex, and Yorkshire – competed for the trophy.

The popularity of UK cricket is reignited when the national cricket team participates in global competitions such as the Cricket World Cup. Such competitions draw attention from all over the world and help the sport to grow. England won the World Cup for the first time in 2019 after previously reaching the final three times without success. Millions of people watched the game on television.

The promise of winning global competitions makes English cricket teams more competitive. England’s biggest rivalry is with Australia. The two teams compete in The Ashes every two or three years – a competition that always attracts big crowds and massive media attention. This competition, above all others, reignites the passions of supporters.

These competitions also bring in many tourists who get to learn more about cricket while also giving you a chance to become a roulette gambler in EU roulette.