Today we welcome guest writer James Felton to TFT. He brings up an interesting topic that we’ve never actually discussed before. It would be interesting to know if Scots feel the same …

I can’t deny it. I’ve loved the 2021 Six Nations thus far. I chuckled when Scotland beat England for the first time at Twickenham since 1983 in the opening round. And Saturday afternoon? Well, that Wales 40 England 24 scoreline speaks for itself.

And yet in recent weeks, I’ve been waking up regularly at half past three in order to watch the English (and Welsh) cricket team in their eagerly anticipated Test series against India.

How can it be that I, as a Welshman, dislike the England rugby side so much yet passionately support the England cricket team?

There are several reasons which explain this all-too-common phenomenon for Welsh cricket fans. These reasons range from the magic of the Ashes and England’s rich cricketing history, past Welsh representation in the team (including the likes of Simon Jones and Robert Croft), plus Sophia Gardens, Glamorgan, the media’s excellent coverage of matches, and the special nature of the sport itself.

Unlike many sports, cricket comprises a relatively small number of countries who play it on the world stage.

There are currently only nine nations with Test status, yet this arguably makes the game even more exciting as this means regular tours against countries such as India – nations who love and breathe the game.

But the big one will always be Australia and the Ashes. Whilst I do not have vivid recollections of every game, it helps that my first memory of international cricket as an eight-year-old was the epic 2005 edition of the Ashes.

Since then, the tournament has played an important part of my sporting calendar. Two of my favourite batting performances were at stadiums which I have a more personal connection to: Headingley in Leeds and Sophia Gardens in Cardiff (these are cities in which I studied my undergraduate and master’s degrees in History and Journalism respectively.)

In 2009, in the first ever Ashes test at Cardiff, tailenders James Anderson and Monty Panesar somehow batted for nearly 70 deliveries in order to salvage an unlikely draw on the final day. And Ben Stokes and Jack Leach’s partnership, 10 years later, in order to win the third test against Australia was equally as thrilling.

Yet when England won the World Cup in 2019, I saw a lot of Welsh people on social media (not necessarily cricket fans) say that the team was only English and Welsh fans should stay away. The narrative was that we could and should ONLY support the development of our own country’s side.

Were they saying this when Sri Lanka’s Fernando broke our hearts in the 2007 ODI World Cup on the last ball of the match or the agonising loss against West Indies in the World T20 final thanks to Carlos Brathwaite’s four sixes?

England’s cricketing history is second to none. WG Grace. Botham. Trueman. The list goes on. Why wouldn’t I support them?

The England and Wales cricket Board

From the Welsh perspective, England are my direct rivals in tournaments and bragging rights in football, rugby and a host of other team sports. Politically, in the pandemic, we have also had different rules because of devolution. Yet in cricket, England and Wales are as one.

On a basic level, then, one reason why I support the English side is because the game and national side are governed by the England AND Wales cricket board. Question marks could and perhaps should be raised about the fact that Wales is missing from the acronym ECB and that, when talking about matches, the team is only referred to as England.

I completely agree with the viewpoint that Wales should be represented better in this sense. But from school cricket to the national side, there is nothing to stop a Welsh player with ability play for England. After all, the side has been littered with stars who are not born in England.

Sadly, examples of Welsh players for the national side are relatively few and far between these days. But at least Simon Jones and wicket-keeper Geraint Jones were part of the aforementioned 2005 Ashes victory.

The Welsh contribution to English cricket is, as previously mentioned, also visible in stadium choice: Sophia Gardens has hosted an Ashes Test, a T20 international between England and Australia, and a home ODI game vs South Africa.

It is not a dichotomy to say that I wish the Welsh cricket side could play more regularly like Ireland and Scotland. And it would also be naïve to think that every Welsh cricket fan should automatically support England. 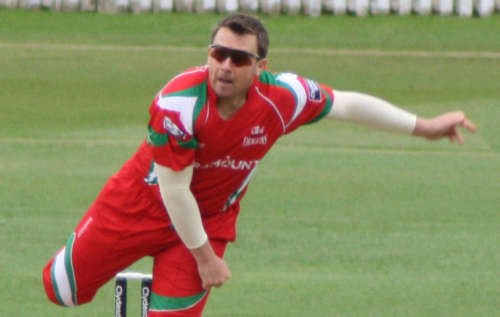 No football fan tends to bat (no pun intended) an eyelid when they see Swansea City or Cardiff in the English league system. Apart from when we beat their team. But Glamorgan’s place in the County Championships is another reason for the Welsh to support England. After all, having a team such as Glamorgan play against Yorkshire, Lancashire and Surrey is beneficial for Welsh cricket. It is certainly one reason why players such as Jones and Croft had good careers.

Matthew Maynard, although not Welsh, spent the vast majority of his career with the Cardiff-based side and went on to play 4 Test matches and 14 ODI’s for England. His son Tom, who tragically died in 2012 at the age of, would surely have been in contention for the national side at some point.

Glamorgan also has its fair share of cricket history: St Helen’s in Swansea was the venue for Gary Sober’s infamous 6 sixes. Glamorgan is also at the forefront in the development of Welsh cricket. But it has also helped provide important players for the England team.

Joe Root, Ben Stokes and James Anderson are world class players who also have a certain charisma. I find these players inherently likeable. This is a direct contrast with England’s Rugby Union head coach Eddie Jones, who has made disparaging remarks about Wales and Ireland in the past. This wouldn’t be tolerated in cricket.

What’s more, especially in a globalised world, why should one even need a direct connection to a country in order to support their cricket side? If a fan from India or Sri Lanka was passionate about the England side, why should their country of birth matter? If someone from this country wants to follow Virat Kohli’s men, then why not? Why is it a problem then, that Welsh fans support the team?

The excellent coverage of the game

Like many cricket fans in this country, I have been glued to Sky’s coverage of the sport for many years. Nasser Hussain, David Gower, Michael Atherton, Michael Holding and David Lloyd are some of my favourite commentators and pundits. They explain the miniature of this complicated but entertaining sport whilst at all time being entertaining.

But cricket on Sky is more than that. The 2008 series against South Africa, and Sky’s documentary Out of the Wilderness, was the first time that I became aware of Apartheid. In the summer just gone, Michael Holding and Ebony Rainford-Brent spoke about their experiences of racism as part of Sky’s commitment to the Black Lives Matter movement in detail.

Videos of this were shared on social media which created a lot of exposure for non-cricket fans. Sky’s coverage of the game is way more than just commentary on a player’s batting or bowling. It also involves coverage of local clubs around the country, charity work and the ongoing and important development of the women’s game.

The game and values of cricket itself

Lastly, it is often remarked that cricket, and especially Test Matches, is a gentleman’s game. “You learn to be a proper human-being playing the game of cricket,” Michael Holding once remarked.

On day 1, during Joe Root’s stunning 228, he had cramp. Rival captain Virat Kohli instinctively helped him. And when Root was finally trapped LBW, the Indian captain was the first to congratulate him on his wonderful innings.

Now, both of these incidents were perhaps blown out of proportion a little on social media as they are not uncommon to see in football and rugby. But it is also demonstrably true that cricket is different. The game is based on values of fair play and mutual respect.

Only fans of the game can understand why rivalry between England and Wales, unlike in football and rugby, goes out of the window for many, though not all, of us.

A Welsh fan of the English cricket team

If you put all of these factors into the mix, then you get yet another Welsh-born fan of the England cricket team.

From the Ashes, to England’s cricketing history, to Wales’ role in this, to the team that has represented England and Wales, to Glamorgan’s role in the County Championships, to the excellent coverage and the special nature of the sport. There are reasons aplenty to support the England and Wales team.

Nobody needs to justify their reason for supporting a given sports team or sport star, of course. But I hope this article explains why I, a passionate Welshman, am quite happy to get up in the early hours to watch the lads. It’s not exactly a rational thing to do, and it plays havoc with one’s body clock, but it comes with the territory.

What’s more, I’m not the only one Welshman doing it. Far from it.