Who Would You Choose To Bat For Your Life?

Picture the scene. You’re walking down the street, minding your own business, when a black van with darkened windows screeches to a halt alongside you. A gang of masked gunmen rush out, grab your arms and legs, and bundle you into the back.

“You’re toast gringo” they growl menacingly into your ear before knocking you unconscious.

When you finally wake up, after a gap of what could be hours or days (you’re too groggy to know for sure), you find yourself in surreal and terrifying surroundings. You’re in an empty warehouse, tied to a chair, surrounded by five dishevelled cutthroats. Curiously the only object in the room is a TV (positioned right in front of you) and a machete.

“Why am I here?” you utter nervously.

“We’re going to play a game” says the leader of the moustached assailants.

He walks menacingly towards the tele, switches it on with a nonchalant flick of a finger, and growls something incomprehensible to one of his heinous henchmen. They nod and laugh.

He then turns to you, looks you in the eye, and explains all …

At this point you notice that the television is showing the Lord’s Test match. Could this day (or indeed this blog post) get any weirder?

“If the batsman gets out, you die”.

The frightful felons then start placing bets on your survival chances. You promptly soil yourself and pray that it’s not Stuart Broad batting.

If you ever found yourself in this terrifying scenario – unlikely I admit (!) – who do you wish was batting? Which cricketer, either a current player or someone from the past, would you choose to bat for your life? Who would you like to drop anchor and defiantly declare “not over my (or his!) dead body”.

I need to make the guidelines explicit here. Your nominated batsman has to bat all day, on a wearing wicket, against a world class attack containing genuine pace, nagging accuracy, extravagant movement both in the air and off the pitch, plus a quality spinner with footmarks to aim at. There’s no chance of victory – let’s say it’s 600 to win on the fifth day – so it’s all about survival.

The odds are therefore against the batsman but with consume skill, mental strength, and an indefatigable attitude, your batting saviour IS capable of saving the day.

Remember you can choose anyone to represent you. You can even pick The Don if you like. But please bear in mind that Bradman might find modern day bowling a bit more challenging than the stuff they faced in the 1930s. Now there’s a discussion point for you!

To kick things off I’ll give you my nominated literal life-saver. And it pains me to admit my choice.

However, my choice has to be Steve Smith. Why? Because I’ve spent hours, if not days, watching this bastard bat in recent times and I still don’t have a clue how I’d get him out. And neither does anyone else. The best cricketing minds in the world have applied themselves to this perennial problem and come up empty handed time and again. 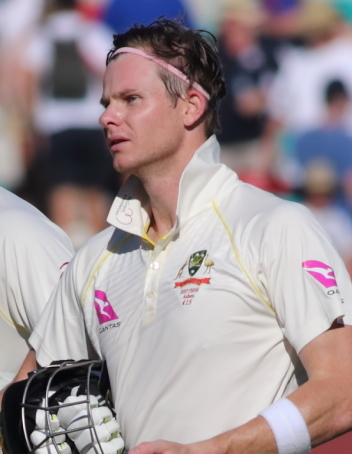 Although some might argue that Smith has a tiny weeny chink in the armour against left arm spinners – I’m yet to be convinced of this myself – he’s been prolific for long enough now to prove that his amazing form isn’t some kind of fluke or purple patch.

Smith has scored plenty of runs in all conditions against all types of bowling: he averages comfortably over 50 in every country in the world other than India (where his average is still an impressive 47) and the UAE (where he’s only played two Tests).

Yes we all know Smith’s horrible to watch. He looks like a constipated ostrich at the crease. But aesthetics are an irrelevant luxury when the only thing separating your neck from a malevolent malefactor’s machete is his bat. What’s more, it would be nice to watch him from the perspective of someone who desperately wants him to stay in for a change.

Although one could argue there have been better batsmen than Smith – I’ll happily argue that Lara, Tendulkar, or Sir Viv were superior players – I’m not sure these cricketing artists had quite the same obdurate stickability. They might score a wonderful hundred but then get carried away and hole out in the deep. And I just can’t risk that.

So call me a predictable; call me unoriginal; call me a traitor even. But the man I’m entrusting with my life is Steve Smith. He’s caused me so much emotional pain over the years that the least he can do is save me some physical pain at the hands of my callous captors.