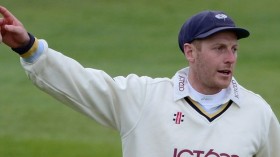 When Yorkshire are strong, England are strong. Or so the saying goes. It’s obviously an old wives tail, as England are as weak as sick kittens at the moment, but at least the Yorkies are doing their bit.

The big cricket news yesterday was that lads from Leeds have conquered all and secured their first county championship since Geoff Boycott was knee high to a whippet. Ok, it’s not quiet that long, but it has been a while.

Yorkshire are champions because, quite simply, they have far the best team in the land. It’s not just a well-coached and well-led bunch of guys who got on a role. Yorkshire are the real deal plus more.

When the White Rose is at full power, the batting is almost as strong as England’s. In fact, if you took Root and Ballance out of the England XI, it’s probably stronger.

In this observers opinion, Lyth and Lees are better than Cook and Robson as a pair. The former has had an incredible summer, putting him in pole position for a test berth, while Lees is the best young opener England have produced since Gooch. I’m sure a few Essex fans (and Paul Downton) would disagree with me, but I’d take an aesthetically pleasing left hander who plays elegant shots all around the wicket over a steady accumulator any day.

Then we come to Yorkshire’s engine room. Their middle order yesterday was Ballance, Root and Bairstow. Not too shabby is it.

What’s more, the bowling has strength in depth in all areas. Sidebottom seems to be like Sampson. His hair gives him super powers (including age defiance).

Jack Brooks is a more than capable new ball partner. He’s one of the most consistent bowlers on the circuit. He’s a county coaches dream: not quite good enough to play for England, so he’s always available, but always in the batsman’s face and always taking wickets.

When fit, Liam Plunkett provides the pace and cutting edge, while the reborn Adil Rashid provides balance. His batting is as good as his bowling these days, and he still picks up valuable wickets. They’ve also got some bloke called Bresnan. You might remember him.

The other thing Yorkshire have, that England don’t, is an up and coming coach and an excellent captain. Jason Gillespie has done an extremely good job. I’m not someone who wants him involved with England – it would be a bit like Andreas Moller becoming England football manager – but he’s indisputably one of the best around.

Furthermore, Andrew Gale provides excellent leadership on the field and in the dressing room. What a shame the ECB prevented him from lifting the trophy with his teammates; Gale was suspended after an ugly on-field incident a while back. I wonder what John Terry made of the ECB’s stance?

In division two – and I’ve been looking forward to this bit – by far the greatest team in the entire sporting universe, a team from the magical land of fancy crockery and Lea and Perrins, won promotion yesterday.

I’m a Worcestershire fan, so please allow me my moment, but our game against the Surrey millionaires (apologies to Dmitri) was won in extraordinary circumstances.

After surrendering a first innings deficit of 134, Worcestershire looked dead and buried when they were reduced to 171-7 in the second dig. Then began one of the most incredible stories in the county’s history.

With the lead just 35, Jack Shantry, the left arm medium pacer with the strangest bowling action since Paul Adams (although he’s more stick insect in a tumble dryer than frog in a blender) strode to the wicket.

Shantry’s first class batting average of 17 didn’t exactly bode well, but Shantry is a remarkable cricketer. He’d taken six wickets in Surrey’s first innings so his tail was up. He went out and smashed a career best 101 not out. Suddenly Surrey had a chase on their hands.

A Surrey win seemed inevitable when the visitors cruised to 131-2 needing just over two hundred to win. But Jack ‘Bauer’ Shantry had other ideas. He picked up four crucial wickets and turned the game on its head yet again. In doing so, he became the first bowler to take ten wickets in a match and score a century from number nine. Amazing.

Worcestershire promotion was a superb team effort. Daryl Mitchell is one of the best captains in the game, Steve Rhodes has managed his finite resources extremely well, and Charlie Morris has emerged as one of the most promising young seamers around.

The critics thought Worcs would implode when Saeed Ajmal left half way through the season, but the county battled on admirably. They also lost Moeen Ali, the club’s best batsman and primary spinner to England, but they kept picking up wins against the odds.