I tried. I really did. But I just couldn’t get excited about the IPL in the end. I know I said I was going to give it a go, and that it promised to be an oasis in a desert of cricketing inactivity, but instead I’ve found myself more interested in watching other sports including, for my sins, the football. Well, I guess one’s team doesn’t beat Liverpool 7-2 every week.

With the Mancs also losing their last Premiership fixture 6-1, one wonders whether this is bad karma for the big two’s absolutely preposterous Project Big Picture proposal? Cricket has its faults for sure but at least we have seen the biggest counties launch a brazen power grab (yet).

Anyway I digress. With the domestic cricket season over and the IPL about as interesting as a Jane Austen novel to a teenage boy, my thoughts are inevitably wandering to England’s winter tours. Will they go ahead? And in what form? Sadly nobody knows exactly what will happen for sure but at least we’re in a position now to make some educated guesses.

So when will we see England take the field again? Fortunately it could be as early as next month. England were due to visit South Africa for a white ball tour in March next year but this looks like it could happen in a few weeks’ time now (after the IPL). It’s likely we’ll see 3 ODIs and 3 T20s.

At first glance it seems a little odd to reschedule this tour. March is six months away and it’s quite possible that the Covid-19 crisis might have waned somewhat by then. However, the reasons why will become apparent below. Basically it’s all about trying to ensure that the England versus India tour goes ahead. And March might prove a rather difficult month to squeeze in a trip to Biltong land.

Sadly the prospects of England playing any more Test cricket this year are slim. However, with England desperate to play India early next year the ECB are trying to arrange a training camp in the UAE next month (or possibly in December) as preparation. This will help our players forget all about slogging and focus on playing straight again. 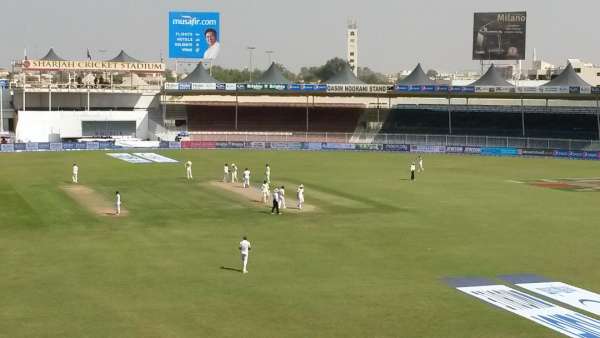 The big question mark is when our red ball team will actually play some meaningful cricket. England are supposed to travel to Sri Lanka in January to complete the tour that never really started earlier this year when Covid struck. However, there’s currently a bit of an impasse over quarantine arrangements. Apparently the Sri Lankan government are hard-arses about this and want the England players confined to their hotel rooms for two weeks when they arrive. This is far from ideal because the England players will want to train, and Jofra Archer will probably want to pop home to see his girlfriend at some point.

Personally I think the Sri Lankan authorities are being a bit daft here. England’s players will be tested for Covid regularly so they’ll hardly be a danger to anyone. Who cares if they want to travel to the ground safely to train? However, Bangladesh’s tour to Sri Lanka has already been postponed after a spat over quarantine rules. They couldn’t come to an agreement and the tour was eventually postponed anyway after a player tested positive.

One does wonder, however, whether the ECB’s greater financial clout might persuade the Sri Lankans to compromise. Then again, it wouldn’t surprise me if the Lankans actually want to delay the tour again so it can eventually take place with spectators in attendance. England fans enjoy that part of the world and their presence boosts both ticket sales and general tourism.

Now we move to the big one: England versus India. What exactly is going to happen? Originally England were set to play 5 Test matches this winter against Kohli’s cohort. The plan was to stage some white ball games before the T20 World Cup, adjourn for said T20 World Cup, and then play an extensive Test series thereafter. However, this plan was obviously thrown up in the air a long time ago.

What’s likely to happen now instead is one big tour involving 4 Tests, 3 ODIs, and 3 T20s. And it’s likely to go ahead around February (so after we’ve been to Sri Lanka).

The details, however, including the crucial question of where the series will actually be played, have yet to be finalised. The BCCI obviously want the games to be played in India. But England aren’t keen because Tom Harrison spends all day refreshing the Worldometers coronavirus page every five minutes. I doubt the 75,000 new cases per day currently being reported in India has escaped his attention (although their curve is now heading in the right direction).

The obvious compromise, of course, would be to play in the good old trusty UAE. One imagines conditions will suit India a little better than England out there but it’s probably an easier brief than playing in India itself.

It will be interesting to see how the choice of venue affects the cricket betting. Personally I think England will struggle wherever they play because India quite clearly have better spinners than us. We might also struggle to take T20 wickets if the pitches are typically slow and low. However, at least paying outside India should give us some hope.

The wildcard to throw into the equation at this juncture is whether England can squeeze in a few white ball games in Pakistan while they’re away. The Pakistanis (and the West Indies for that matter) did the ECB a big favour by touring this summer. It would be great if we could pay them back.

It might be a bit early to start anticipating England’s first tour of Pakistan since 2005-06 at this stage but it’s an intriguing and exciting possibility – even if it’s just for a couple of T20s.