I’ve wanted to write a piece about cricket’s future, and what the domestic and international game might look like post-coronavirus, for some time now. However, like Jason Roy in The Ashes, I’ve found it hard to get my timing right. There have been snippets of news but very little that’s concrete. It’s all basically speculation at the moment so it’s hard to know what to write.

Only two things are certain at this stage. The England versus West Indies Test series (followed by Pakistan’s tour) look like they’re going ahead. But even then there have been whispers behind the scenes. The news that the ECB gave Cricket West Indies a £3 million loan back in May has certainly raised eyebrows. Was this money an ‘incentive’ for the Windies to tour? Or was it was an ‘incentive’ for Cricket West Indies to support Colin Graves’s nomination for ICC chairman? The conspiracy theorists will be having a field day.

Obviously I couldn’t possibly comment on such matters on a public forum like this. There’s no evidence. I’m just glad we’ve got some live cricket to look forward to – although obviously the idea of Graves becoming ICC president fills me with dread. The ICC seems to be the place where controversial (or disliked) ECB employees go when they’ve outstayed their welcome here.

We’ve also heard in recent days that the World Test Championship could now be under threat. Indeed, Tom Harrison’s recent appearance on The Tuffers & Vaughan Show suggested that everything’s currently up for grabs – or at least it would be if Harrison himself had anything to do with it.

Personally I think it would be a tragedy if the WTC was postponed – especially as postponed things often get cancelled in the long run. Although the WTC wasn’t perfect, and it’s perfectly valid to hold concerns about its format, there’s no doubt that Test cricket needed something. Consequently I was quite happy to give it a go.

What worries me is that Harrison is now calling for a complete reevaluation of the Future Tours Programme and the international schedule. And inevitably he seems to want less Test cricket and more white ball action. You can read his comments here.

Although Harrison’s comments are open to interpretation – as always one has to read between the lines – my interpretation of what he calls ‘meaningful’ cricket basically amounts to more Ashes series, more Test series against India, and more white ball contests against everyone. What he misses, of course, is that the more Ashes series one plays, and the more ODIs one plays, the less meaningful and special they become. In fact, they’ll eventually become routine and mundane.

I don’t know a single person who finds bilateral ODI series in the slightest bit meaningful. They’re usually just a bit of fun at the end of Test series. Few people even remember the results a few months later. Outside of World Cups, white ball games and T20s have no meaning whatsoever. It’s Test series – which Harrison doesn’t think every country should be ‘forced’ to play – that really captures the imagination of cricket supporters (even if they can’t always attend in person). 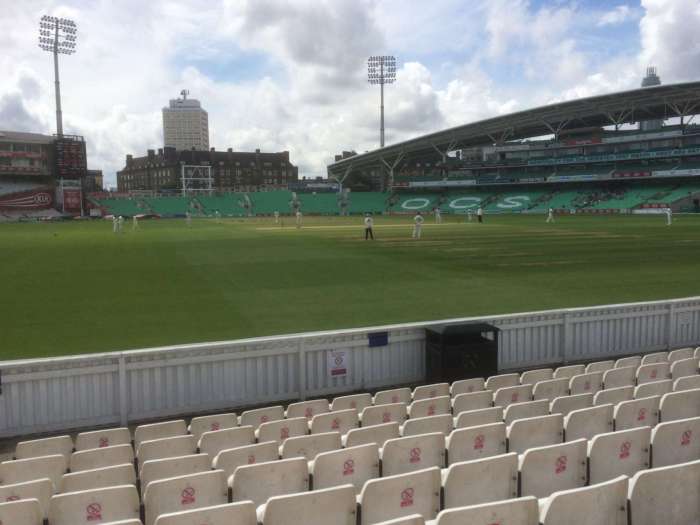 The current domestic situation is equally intriguing. Or perhaps I should say alarming. Apparently the counties are working towards a restart date of 1st August – although what shape the season will take is anyone’s guess. The T20 Blast has been pencilled in for late August and September, with the county championship (what’s left of it) likely to happen in regional conferences.

The conference idea – which seems reasonable in the circumstances – is to get local rivals playing each other. This sounds practical considering the shortage of time and the difficulties presented by travelling the length and breadth of the country during the current crisis. However, what’s worrying is that some counties are apparently reluctant to play. This means that the championship (and presumably the one day cup if there’s room for it) could start with approximately fourteen counties rather than the full complement.

So what, exactly, is the problem? It all comes down to furlough. Some of the smaller counties are reluctant to take their players off the government’s furlough programme when their income moving forward (i.e. gate receipts) is likely to be small. Basically they’re worried about losing even more money.

One can understand where the counties are coming from on this. Of the eighteen first class counties only Surrey and Lancashire didn’t take advantage of Rishi Sunak’s scheme. Coming off this financial life support machine is therefore somewhat risky.

But what happens if the season restarts without the involvement of some counties? Could this be the beginning of the end for our domestic structure as we know it?

The fear, of course, is that the ECB and the other counties might quite enjoy life without so many mouths to feed. They might also enjoy the extra elbow room at the table. Scheduling a first class competition, a one day cup, and a T20 tournament for eighteen teams has always been tough. Throw in The Hundred (or whatever franchise event ultimately transpires) and the schedule looks like two cans of sardines compressed into one.

The financial implications can’t be ignored either. Would the ECB’s broadcasting deals contract significantly if a few counties ultimately went to the wall? Personally I doubt it. And less counties means that the remaining ones can probably expect a larger share of the pot. In others words everybody wins – except the bankrupt counties, their players, employees, members, and supporters of course.

What’s worrying is that desperate times often call for (or result in) extreme measures. It’s well within the ECB’s capabilities to ensure that all eighteen clubs survive the COVID-19 crisis but, and it’s a crucial ‘but’, they may not have the will.

I suspect we’ll see one of two things transpire. Either (a) the ECB will fight tooth and nail for the status quo, or (b) they’ll pretend to fight tooth and nail for the status quo whilst surreptitiously doing sod all. After all, if the authorities do want to slim down our domestic structure then the coronavirus crisis gives them the perfect cover to do so. They could simply shrug their shoulders, wheel out a few cliches like “unprecedented times” and “financial costs too high” and few would bother to question them.

It will be interesting to see which way the ECB goes. I really have no idea what will happen. And what will the other counties make of it all? Sadly all we can do is speculate.