First let me get this off my chest. If you don’t vote for Ben Stokes in the BBC’s Sports Personality Of The Year ballot tonight then you need to take a long hard look in the mirror. Think of all the unfortunate souls like Dave, the downtrodden county cricket fan we spotlighted last week, that you’ll be letting down.

What’s more, if we examine the candidates one by one, you’ll see that the case for Stokes – who is clearly the ‘change’ candidate considering that a cricketer hasn’t won the SPOTY award since 1805 – is undeniable. He carries the hopes of a whole sport on his shoulders. Just think about the vital exposure and positive PR that a cricketer winning SPOTY would bring to the game. A Stokes victory really could make cricket great again.

Anyway, enough of the rhetoric. Here’s our rundown of the candidates. And it all leads to one unambiguous conclusion …

Dina Asher Smith – From what I can tell, DAS’s main strength seems to be running fast. Big deal. Lots of people can run fast. Have you seen the speed at which Ben Stokes hurries around the boundary to stop 2s turning into 3s? That’s pretty bloody impressive too. What’s more, cricketers also have to perfect sliding stops after sprinting 60m. That’s two skills. DAS simply has to run fast and then stop running. She doesn’t even have to throw her baton back to the wicket-keeper afterwards.

Katarina Johnson Thompson – Although she has to hone her skills in 7 events, which arguably makes her more worthy than Dina Asher Smith, I feel that the irrefutable ‘jack of all trades master of none’ argument completely undermines KJT’s case. There’s simply no place for all-rounders in SPOTY awards – or at least there shouldn’t be – which is precisely why Ben Stokes should win.

Lewis Hamilton – I can’t believe that someone who drives a car has been nominated for this award. I mean come on. All he does is sit down for a couple of hours. I do that in front of the box every night and I don’t see any SPOTY awards heading my way! Even if motor racing was a proper sport (which it isn’t) then surely it should be the motor car (which does all the work) that should be celebrated rather than the driver. After all, who won the Grand National? Tiger Roll. That’s who. The jockey Davy Russell barely got a mention. 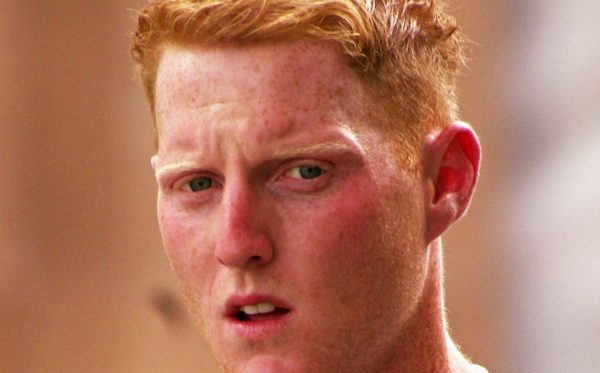 Raheem Sterling – Much as I admire Sterling’s stance against racism in football, what has he actually won? Sod all at international level. If he actually wins a World Cup or a European Championship – which I think is pretty doubtful unless Germany decides not to enter – then Sterling might deserve to be part of the SPOTY conversation. Until then his case remains a work in progress. No footballer has ever won a prestigious award like the Ballon d’Or unless they’ve won a World Cup for their country first. Not even Lionel Messi. Fact.

Alun Wyn Jones – Every shortlist seems to have a ‘make up the numbers’ candidate and sadly Alun Wyn is this year’s spare part. World Cups won? Zero. His only achievement in 2019 was a Grand Slam (which everyone’s already forgotten about) in a year in which nobody really cared about the Six Nations anyway. Whilst Alun Wyn is an admirable egg chaser anyone who votes for the Welshman, and helps him poach Ben Stokes’s rightful award, clearly has a scrambled mind. Not that I’d say this to his face.

Ben Stokes – This man straddled the 2019 sporting calendar like a colossus. He was inspirational. He was fearless. And despite his infamous hot head he showed remarkable coolness under pressure. His batting performances throughout the World Cup (not just the final) were legendary. And that innings at Headingley was pound-for-pound the greatest innings in the history of the world’s greatest sport. What more can I say about Ben Stokes? Men want to be him and women want to be with him. He’s a legend. A hero. And a flawless role model (ahem). As Bill Lawry once said “I love ‘im, I wanna buff ‘im, get ‘im up here”.

As you can clearly see, Stokes has by far the greatest claim to the SPOTY throne. So much so, in fact, that even if he loses by a distance we can still reassure ourselves that we won the argument – even after a Lewis Hamilton landslide.

So vote for Stokes. Save cricket. If you don’t it will be sold off to Donald Trump.