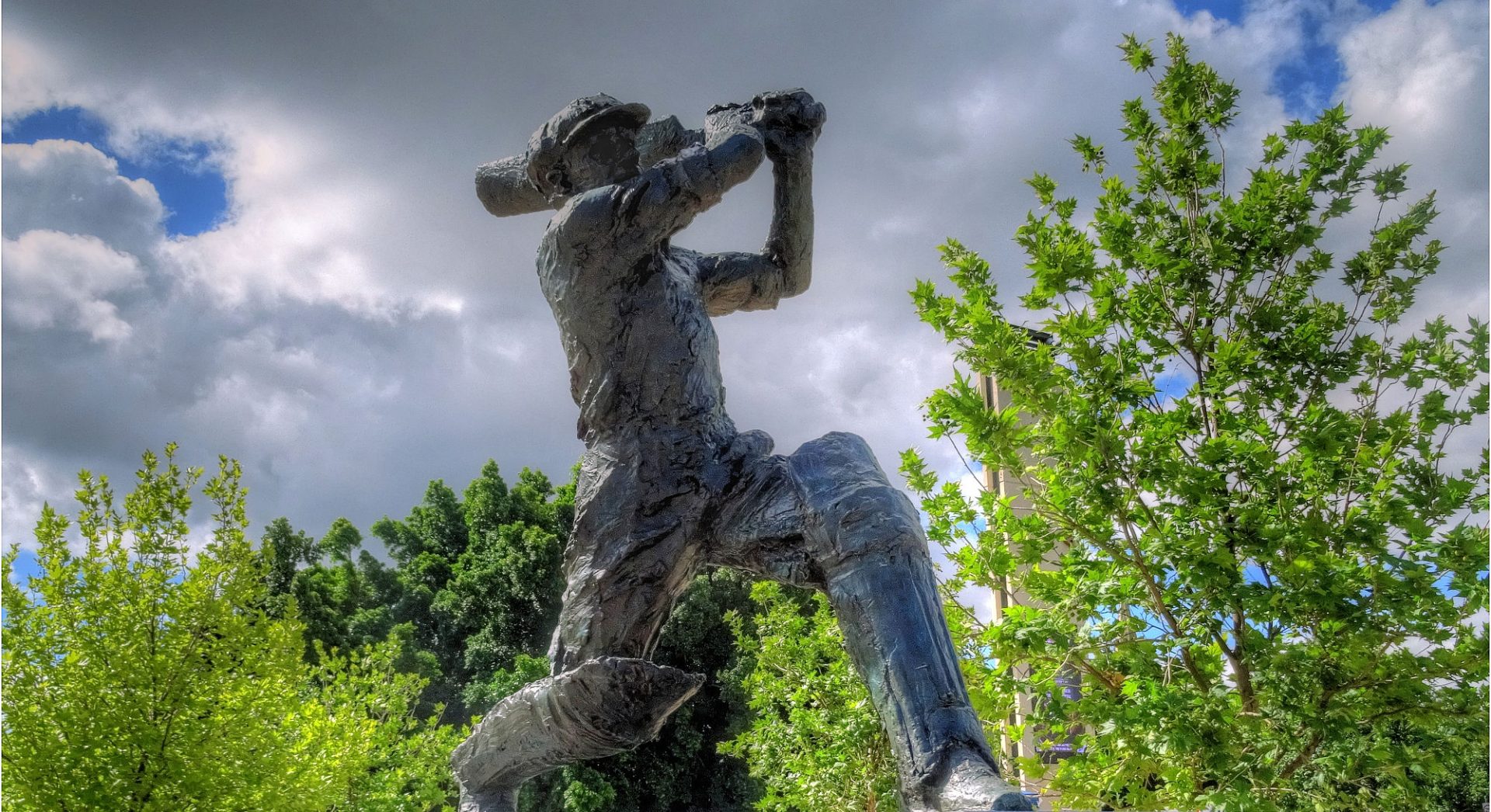 Today we welcome new writer Abhishek Ghan to TFT. It’s a brave debut. Who is / was the greatest of all time if not the Don?

Now before I begin, let me just say that I’m as much in awe of the staggering statistics of Don Bradman as anyone else. But it is important to establish the fact that numbers do not tell the complete story.

Don Bradman played all his international games either in Australia or England. Both these countries have been known to assist seamers more than spinners. So, Don Bradman’s skills as a batsman were never really tested beyond this point. After all, it’s when conditions aren’t in your favour, and you don’t have home support, that you’re really tested as a player.

In Wisden’s ranking of the top players of all time, Bradman is the clear leader above everyone else. But although he played on uncovered pitches, Bradman’s average wasn’t nearly as impressive on sticky wickets as it was on normal pitches.

There’s no saying as to how Bradman would have fared against spinners on subcontinent pitches. We have seen many players who averaged more than 45 on seaming tracks struggle on spinning wickets – Ricky Ponting, Graeme Smith, Adam Gilchrist, Desmond Haynes just to name a few.

During the Bradman era, the strongest side other than Australia was England. There was no other cricket playing nation that was even remotely close to these two sides. India during that era, for example, played 15 tests of which they won none, lost 10 and drew 5 tests. Obviously Bradman could only score runs against the opposition in front of him, but subsequent greats of the game had to face broader challenges that tested their techniques in different ways.

Apart from the brief period surrounding the Bodyline series, fast bowling was never as successful on uncovered pitches. Most teams used to play with two or even three spinners. The most successful fast bowler in that era, Harold Larwood, played 21 tests between 1926-1933 and took only 78 wickets at an average of 28.4. Yet he is considered by many commentators to be the best paceman of his generation. This just goes to show how unfair the pitches were to quick bowlers.

And then there’s the helmets issue. If not wearing a lid was such a big disadvantage, shouldn’t it be reflected in fast bowlers’ records? Let us have a look at the top 5 leading wicket takers in 1920s and 30s:

There isn’t a single fast bowler on this list! Batting on uncovered pitches against fast bowlers must have been tough but it wasn’t as unplayable as many people believe.

In conclusion, there is absolutely no denying that Bradman is one of the absolute greatest to have embraced the game. But is there really enough evidence to prove that Bradman was the undisputed best batsman of all time?

Bradman’s average was phenomenal. But we shouldn’t write off subsequent cricketers in this debate simply because they averaged less.