Uncertainty And Intrigue: Coronavirus, Ian Watmore, and The Hundred

There’s just no escaping the coronavirus. It’s a crisis; it’s a scourge; it’s a bluebottle in the ointment. The pandemic is destroying lives, wrecking lifestyles, and causing huge anxiety and uncertainty. And cricket, of course, is not immune.

It’s all such a shame. Last summer was a great year for English cricket. We had the World Cup triumph, the now famous miracle at Headlingley, Jofra Archer bursting onto the international stage, and the heartening news that participation actually rose for the first time since 2005. Meanwhile, The T20 Blast continued to attract record crowds.

This year, however, has been a complete disaster. Ben Stokes being named as the Wisden Almanack’s Leading Cricketer In The World is the only positive I can think of. Otherwise it’s been grim.

The prospect of no cricket being played at all this summer – an eventuality I think is quite likely – is harrowing for the sport. Counties will be struggling to pay the bills like never before. And, much as I believe the Hundred is a terrible idea, many clubs were relying on the £1.3 million they expected to receive. Thus far they’ve banked half of this but whether the remaining £650k turns up is anyone’s guess. Where’s the money going to come from if the tournament doesn’t even take place?

The prospect of no T20 Blast cricket is also an enormous concern. Income from Blast crowds and ECB handouts is what sustains the counties. Without it they’re in deep shtook. Although the ECB is wealthy enough to compensate the counties and keep them afloat, they’d don’t have a bottomless pit, and it’s tricky to gauge how much support they’ll be prepared to give.

I’m reluctant to engage in pessimistic speculation, but maybe this could be the year when we finally see one (or more) of the smaller clubs fold. Indeed, those who believe that English cricket could do with losing a county or two might even be rubbing their hands in glee. There have even been scare stories that as many as 70% of counties could go bust – although I don’t believe this myself. 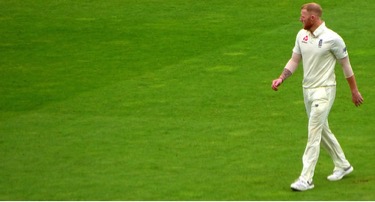 The future of The Hundred is also up in the air. This week George Dobell wrote that the whole idea could be scrapped altogether. Why? Because the ECB may not be able to afford a project that’s expected to lose money for its first five years. So much for Colin Graves’s boast that The Hundred was already making a profit because of the broadcast windfall.

Whilst I’d welcome The Hundred being scrapped altogether (i.e. postponed this year and then abolished permanently when a new chairman comes in and reassesses the situation) it’s hard to feel overjoyed when it occurs in such desperate circumstances. The competition was always poorly conceived and an unnecessary gamble but nobody wants to see English cricket skint.

The incoming ECB chairman will certainly have some tough choices to make. Unfortunately the identity of this man is now up in the air too. Until this week we expected Ian Watmore, the former non-executive director of the English Football League, to take the reins if / when Colin Graves mercifully departs for the ICC. However, Watmore is currently facing accusations that he went behind Sky’s back in his role at the EFL – something which allegedly amounts to misconduct.

If it turns out that Watmore knew several championship clubs were exploring the possibility of breaking away from the EFL – a move which would’ve reneged on their £595 million broadcast deal with Murdoch’s lot – then this creates a rather awkward situation for the ECB. After all, Sky are English cricket’s ‘strategic partner’. They’re entwined and committed to one another. Therefore Watmore’s suitability for the role is suddenly a big question.

The Watmore controversy just about sums things up at the minute. English cricket just can’t catch a break. One imagines they’ll be keeping a close eye on the antibody tests currently being conducted. If – and it must be a big ‘if’ – they find out that coronavirus is more widespread than initially thought, and most cases are asymptomatic, then this crisis might end much sooner than expected. Indeed, we might actually see some cricket this summer after all.

On the other hand, if the antibody testing (which is being conducted on cross sections of the population rather than merely those showing symptoms) reveals that less than 10 percent of people have been exposed, and we’re still miles away from herd immunity, then social distancing could continue for several months. If this is the case then I doubt we’ll see any live sport (of any kind) for the foreseeable future – unless they’re non contact sports played behind closed doors.

As supporters all we can do in these difficult times is cross our fingers and hope for the best. We’ll return to our natural environment – watching live cricket with a pint in our hands, keeping tabs on live scoring updates, and discussing play with fellow cricket fanatics – one happy day. It’s just hard not knowing when that day will come. All we know for certain is that there will be no cricket before July at the earliest.

In the meantime, I’ll do my best to keep TFT readers’ spirits up, immerse myself in as many cricket documentaries as possible – Fire In Babylon is next on my list – and pray that everyone stays safe and healthy.

This could be a long haul. And I don’t envy anyone (either in government or at the ECB) currently making big decisions in a world so full of uncertainty.