I’ve seen this movie plenty of times. It starts off with what looks like a pretty even fight, but one team gradually gets on top, and then the weaker side eventually folds. And when the end happens it often happens quickly – as if the inferior force knows that its cause is hopeless and submits almost willingly.

The major difference this movie, however, is that it’s England in the ascendancy and their opponents on their knees. I think I prefer this version. Don’t you?

This Test has been a surreal experience. It reminds me so much of watching England losing in India. Kohli and Co win a crucial toss, ground our bowlers into the dust, and then our weary batsmen crumble as the pitch itself crumbles. Defeat is almost inevitable after day one because our batters simply don’t have the skill or knowhow to resist the Indian spinners once our opponents have put a big score on the board.

This particular defeat in Port Elizabeth is a lot more alarming for South Africa, however. When England lose in India it’s disappointing but understandable. The Indian batsmen can really play – Kohli, Pujara and Co are obviously world class – and their spinners like Ashwin and Jadeja have sensational records at home.

The Cricket Boks, on the other hand, have been thrashed at home by a team that rarely travels well. Their nemesis with the bat was Ollie Pope, a youngster who’d never scored a Test hundred before, and they’ve been blown away by the bowling of Dom Bess, a rookie off-spinner who was packed off to Yorkshire on loan not so long ago, and the part-time spin of Joe Root (who before today averaged 50 with the ball in Test cricket). It’s pretty bleak stuff. 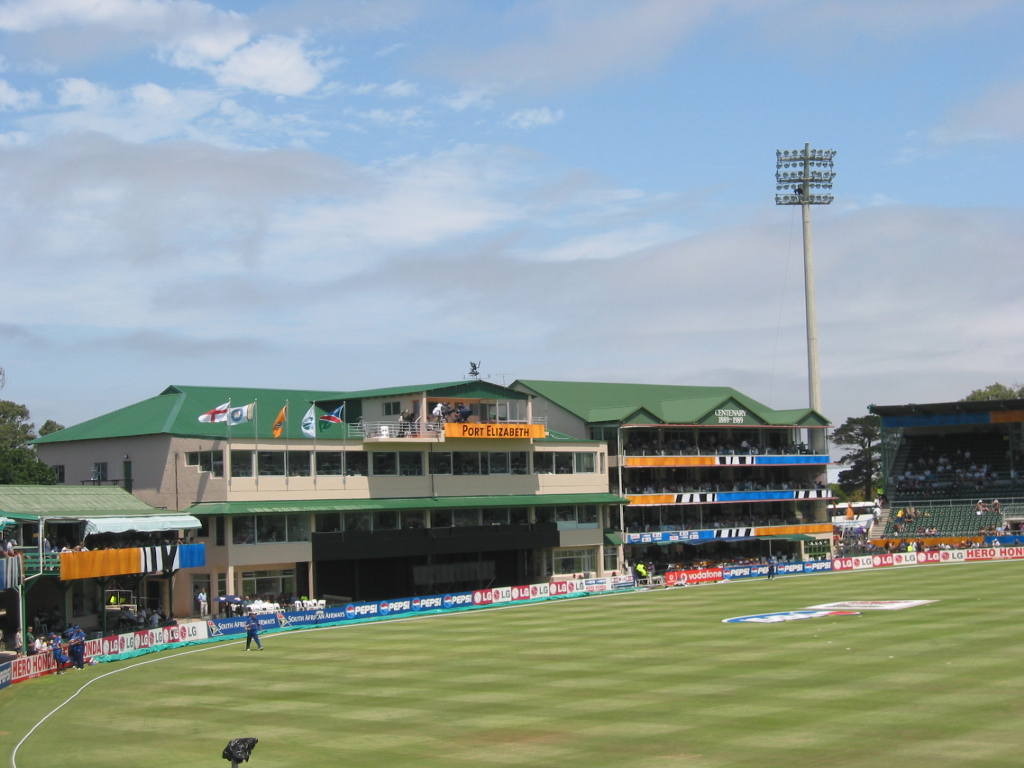 South African cricket is a mess. It’s a shambles. Whereas the South African rugby team are world champions, and produce ferociously competitive sides even when its talent levels aren’t particularly high, the cricketers are a pale imitation of what South African sport is supposed to be about. I knew that the Proteas weren’t particularly strong before this tour, but I didn’t expect them to be this bad.

Is this the worst South African batting line-up of all time? If might well be. The likes of Kirsten, Kallis, and Amla have been replaced by a sorry collection of wannabes and probably never will bes. Quinton de Kock is their only world class operator. And as for Faf du Plessis, well, I watch a lot of cricket and I’ve rarely seen him make runs. I thought he was overrated at Lancashire all those years ago and I’ve seen little to change my mind. He’s an average Test player at best.

But sorry as I feel for the Cricket Boks – mainly because the English county system has played a significant role in their downfall – I can’t help but feel very encouraged by England. We seem to be heading in a very different direction. Although, given the advantages that English cricket enjoys over South African cricket – the ICC and the Big Three need to take a long hard look at themselves – perhaps we shouldn’t be surprised.

Joe Root’s team have been absolutely fantastic in these last two games. Yes there’s a chance we’ll return to earth with a considerable bump when we play stronger XIs, and English domestic cricket clearly has its own (mostly self inflicted) problems, but you can only beat the teams in front of you. And we’ve done this rather well recently. In times gone by we might have won a crucial toss and squandered the opportunity.

What’s more, our emerging generation of players looks more promising than the last (at least in the light of a comprehensive win). Dom Bess is learning how to bowl off-spin much faster than Moeen Ali, with his career economy rate of 3.5, ever did. Bess picked up the first five wickets to fall in South Africa’s first innings – only the third English spinner to achieve this unusual feat – and although he’s yet to pick up a wicket in the second innings, he’s conceded less than one run per over. This has put the Saffers under enormous pressure. So much so, in fact, that they seemed to switch off against Root and play down the wrong line.

I’ve really enjoyed watching Bess in this game. He’s accurate, varies his pace a bit, uses the crease well, and even flattens his angle of delivery on occasion to surprise the batsman. I don’t recall Moeen ever doing those things in combination. Mo gave it a rip, which was perhaps his greatest asset, but he never filled me with confidence away from home. What’s more, poor Mo never seemed confident when expectations were high and conditions suited him. Bess, on the other hand, looks like he’s a thinking bowler who relishes the challenge. I certainly wouldn’t go back now. Our youngster need to be given time to develop.

Time will tell, of course, as South Africa’s batsmen haven’t put Bess under any pressure at all – they seem totally unable to balance attack and defence – but I feel a lot more confident about the Somerset combination (I assume Leach will be the second spinner when required) than I ever did about the talented but somewhat mercurial Mo and Adil Rashid. England should go to Sri Lanka in March and compete just as well if not better than we did last year.

Mark Wood has also impressed me in this game. In fact, I no longer feel that Jofra Archer should be a shoo in at Johannesburg (if he’s fit). Jofra is a star, and he should play many Test matches for England, but if it’s a choice between Wood and Archer then I’m sticking with the man in possession. Personally I’d like to include both of them (with Sam Curran missing out) but I can’t see England’s management team being so ruthless.

My hope moving forward is that England can now find some elusive consistency. Therefore, after we complete the victory tomorrow – and all the weather forecasts I’ve seen suggest there will be more than enough play to do so – then it’s vital for us to back up this performance with another positive display in the 4th Test. This doesn’t feel like another false dawn but we’ve been burned before.