Sometimes you can have too much of a good thing. Or so my wise old mum used to say. And, after nearly eleven years of writing about English cricket on this blog, sadly I think I’ve reached that point. Basically the fire has gone out and I need a break.

How long this hiatus will last I really don’t know. I might be a few weeks; it might be a few months; it might be more than that. But the truth is that I’ve been finding it harder and harder to find time for TFT. And consequently I’ve rarely been able to write my best stuff. Indeed, I hardly have time to actually watch any cricket these days let alone write about it.

So that’s the bad news. But it’s not all bad news. This isn’t the end of TFT by any means. I’ll still use the site as a platform to publish quality independent cricket writing. Indeed, I’ll be emailing our regular guest writers in the coming days to see if they fancy taking a more active role and contributing more. In fact, I should have a guest article for you later this week.

The only difference, therefore, is that you’ll be hearing less from me personally. I might pop up with the odd article if I’m in the mood but I’ll no longer be able to react to events on a day-by-day basis. The match reports, and all the regular stuff, might therefore fall by the wayside.

Instead I’m going to try and reposition TFT as a place where amateur cricket writers can reach a bigger audience. It won’t be about me (and my views); it will be about other people for a change. So who knows, this might actually lead to an improvement ;-)

I mentioned this news on Twitter last night and a few people immediately reached out to see if I was ok. Don’t worry. I’m absolutely fine. I’m just a bit fed up with cricket to be honest! It’s a weird one because cricket has always been a massive part of my life. However, for whatever reason (and I really can’t put my finger on it) I’ve just lost the motivation to watch and write about the game. TFT has become a chore. And watching cricket was beginning to feel like a job. A job on top of my actual job. And a job on top of my other job of trying to raise two young kids.

I exchanged a few Twitter DMs with Chris from Being Outside Cricket yesterday. He suggested that my enthusiasm might have waned because of everything that’s going on in the world at the moment. He could well be right.

It might also be, if I’m being honest, because I’m sick of banging my head against a brick wall as far as the ECB is concerned. The Hundred is a poorly conceived abomination, and the ECB still seems to be the cosy backslapping club it’s always been. I’m still incredulous that they actually headhunted the contrarian essayist Ed Smith to be chairman of selectors. I have zero faith in those running our amazing game. Some things in the world are becoming more progressive but English cricket most certainly is not.

Before I sign off I’d like to say a big thanks to everyone who has followed my writing over the years – especially our guest writers and those who contribute in the comments below the line. It’s been a pleasure and I really appreciate it. Please don’t go anywhere because I’ll still try to keep the blog updated when I can.

As I say, this isn’t the end of TFT. I might rediscover my cricket writing mojo in a few weeks and start polluting your screens again – in which case this will be the shortest retirement since Shahid Afridi last stepped away but found he couldn’t cope without all the attention.

However, for now I need a rest to focus on other writing projects. So I’ll leave you in the capable hands of other writers.

I wonder if Colin Graves will send me a card? 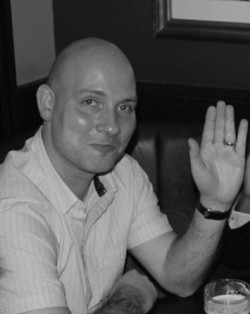