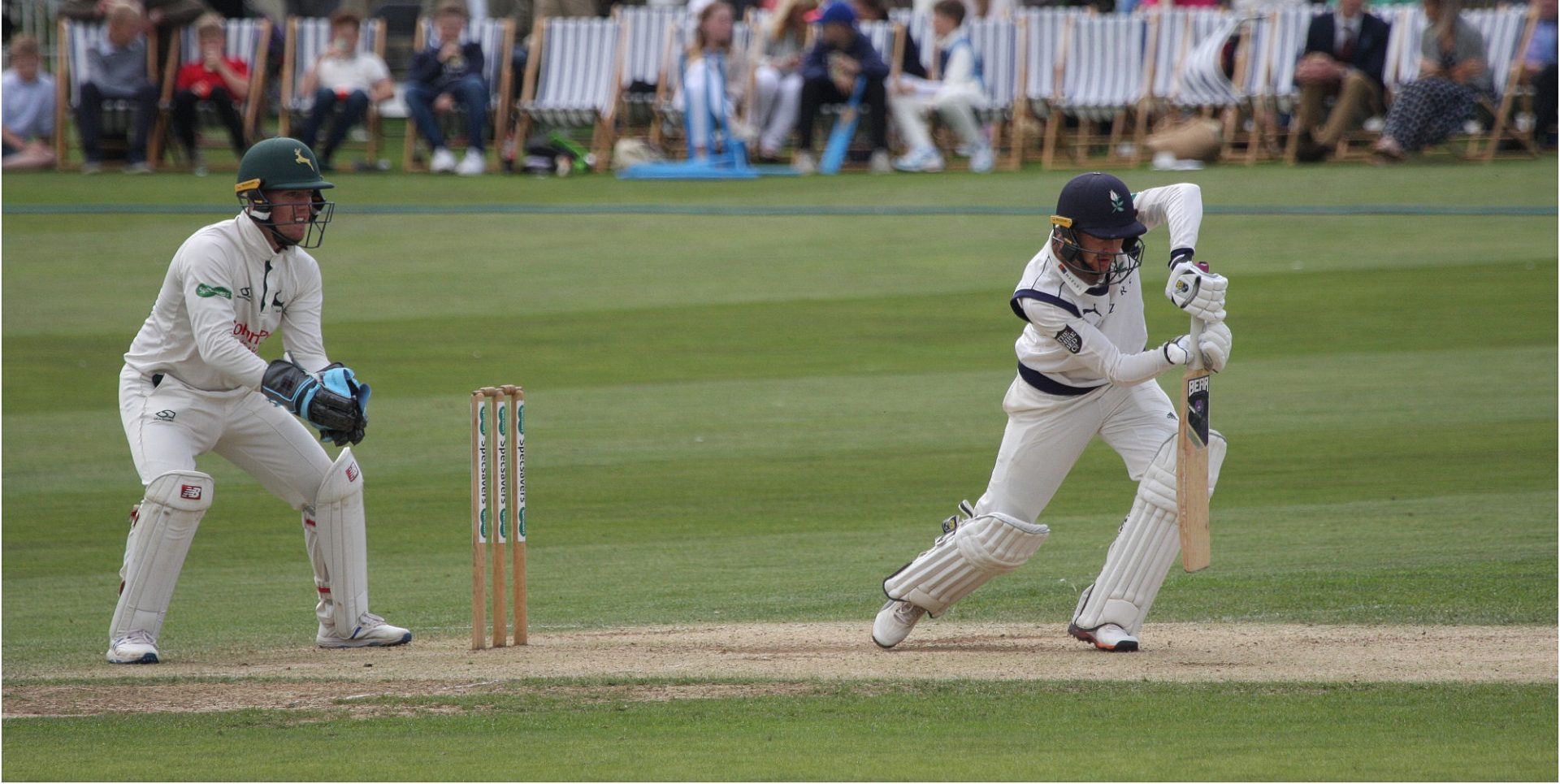 Nobody likes getting thrashed. It hurts. But sometimes a defeat is so severe, and so utterly brutal, that it creates a much-needed debate on the systemic problems that created it. The opportunity to have this debate in 2018 was missed. But this time, thankfully, people are finally beginning to address the real issues blighting English cricket. Therefore, I’m hopeful that some good might yet come from this hugely damaging Ashes debacle.

There’s just one problem. Although people are questioning the ECB, and asking whether our current domestic structure can produce a competitive Test side, several observers who should know better are coming up with entirely the wrong answers. Bandwagons propelled by muddled thinking are on the move. And yours truly is truly worried.

In the firing line, of course, is the county championship. And so it should be. It’s currently as weak as I can remember. Standards have dropped and it’s simply not producing batsmen with the technique and temperament necessary for Test cricket. The problem, however, is that critics are taking the lazy option and blaming the number of counties for its current malaise. This is a misguided position based on flawed assumptions. It also ignores a number of undeniable facts.

For starters, there have been 18 counties for decades. And they didn’t stop England from reaching No.1 in the rankings and beating Australia down under as recently as 2010/11. What’s more, we shouldn’t forget that the Aussies haven’t won in England since 2001. County cricket has lots of problems, and it’s clearly not producing the goods at the current time, but the system worked well after the introduction of two divisions in 2000 and central contracts in 2002.

The introduction of two divisions is particularly crucial here. After all, those who talk casually about culling ‘a few’ counties because, allegedly, the talent is spread too thinly, ignore the fact that there are traditionally just nine teams in division 1. The best players usually find their way into the top tier by moving counties. And when they do, they’re usually extremely grateful for their apprenticeship in a fully professional second tier.

Whereas late developers and numerous young players are lost to the Australian professional game, for example, county cricket gives more players the chance to focus on cricket as a career. This is the strength of England’s existing structure. It’s also a considerable strength that we have 18 academies spotting and developing cricket across the land (although some counties clearly perform better than others). Cutting the number of counties would therefore ultimately shrink the game, and contract the number of opportunities for young players, even if there were a short-term uplift in standards.

Critics who advocate culling counties also ignore the strength of English white ball cricket – a strength in depth that’s completely unprecedented. Our 18 counties have recently produced the nation’s first ODI World Cup winners. And our record in World T20 events is strong, too. We’ve won one, got to the final in another, and reached the semis this time before, ahem, sadly losing the toss.

Although some observers don’t like to give country cricket any credit, and prefer to thank the IPL, Big Bash, and other franchise leagues for England’s white ball success, they’re missing the broader context. Why do English players step up so brilliantly in these leagues and make an instant impact? And why are English players so in demand? It’s because county cricket has prepared them so well. Smaller counties, by the way, play a vital role in the vitality of English white ball cricket. Just look how many so-called minnows have won the T20 Blast.

So what, exactly, is the problem with county cricket then? Why is our Test team so bad and our white ball sides so good? After all, England could probably field a white ball second XI and still be extremely competitive in international events (just like Australia in the 1990s). For Stuart Law, Michael Di Venuto and Martin Love, read Alex Hales, Liam Livingston, and Joe Clarke. The difference is that England’s strength in depth is purely in white ball cricket.

The answer to these crucial questions is simple: it’s all about priorities. The ECB have put all their eggs in the white ball basket and the Test team has been paying the price for some time. It’s not rocket science. We all know it. Consequently, there just needs to be an overdue realignment.

The truth is that culling counties would be utterly futile unless red ball cricket is prioritised again. In fact, it would probably make an enormous difference if red ball cricket were merely given equal attention. Other countries like New Zealand field competitive red and white ball teams simultaneously so there’s no reason why England, with our considerable resources, can’t do exactly the same.

Rather than coming up with novel plans and complex formulas to solve England’s Test travails, the solution is therefore quite simple in theory. We simply need to play more championship cricket in summer when batsmen can trust the surfaces and learn to build an innings. Alastair Cook, a man who’s forgotten more about championship and Test cricket than Tom Harrison has ever known, explains why this is so important here. It’s all about the lines that bowlers bowl in April / September and the difficulties this creates for our aspiring batsmen.

But the schedule isn’t the only problem, of course. The lack of quality overseas players and the closing of the Kolpak loophole have also made it difficult for counties to field quality attacks. One of the reasons why county cricket was so strong in the noughties was the number of high quality stars from abroad. Recruiting these players has become more difficult due to the surfeit of T20 leagues around the world.

However, whilst this is admittedly a problem, I don’t see it as insurmountable. For starters, three of the biggest (and therefore most lucrative) T20 leagues do not clash with the height of the English summer. The IPL, Big Bash and PSL are all over by the end of May. Only the Caribbean Premier League, which starts in August, might hinder county recruitment drives. Consequently, counties should still be able to attract some big names – just like they have in the past.

Due to the lack of kolpaks, I’d like to see the ECB increase the number of overseas players allowed to compensate. Perhaps they could even subsidise some marquee signings? It happens in other sports. Surely the ECB can put some of that £1 billion TV deal to good use – although Covid-19 and the enormous sums spent on the Hundred (which eroded the ECB’s reserves) make this more difficult in the short term.

It would help enormously, of course, if the ECB eventually drops The Hundred in favour of a two-division and equally marketed Blast to create more room at the height of summer for first class cricket. However, this isn’t going to happen for a while because they can’t break the TV deal and give the money back. Plus, of course, they’re never going to admit that the Hundred was anything other than a huge success, even though shoehorning yet another competition into an already crowded English summer was always going to create enormous problems.

So what can us ordinary supporters do? I’d suggest that everyone joins the Cricket Supporters Association. It’s the only vehicle we have for pushing our own agenda. It’s also important to keep challenging those who advocate cutting counties. After all, some at the ECB would probably jump at the chance! Don’t let them use their failures to achieve another personal success.

Instead, point those who malign county cricket to articles like this one, which is an autopsy of the Aussies’ Ashes failures in 2013. It bemoans the problems within the Australian first class system and depicts county cricket, with its large number of games and grizzled pros, as a superior finishing school. You could even point them to this article, in which the aforementioned Stuart Law and Michael Di Venuto depict county cricket as a high-quality environment that really helps to develop players.

Crucially, don’t let them forget that the county championship was the strongest first class domestic competition in the world as recently as ten to fifteen years ago. It propelled England to No.1 in the Test rankings, and produced a number of players who made the step up to Test cricket seamlessly. Strauss, Cook, Trott, and Prior, for example, all made hundreds on debut.

Finally, make sure you challenge the likes of Kevin Pietersen, who’s suggesting a Hundred-style franchise system for first class cricket. Although I often find KP’s views interesting because they rarely reflect the mainstream, I fear that he’s got this one very wrong. After all, franchises don’t produce players. And who on earth would invest in a red ball franchise at the current time anyway?

The truth is that Pietersen inadvertently hits the nail on the head (and defeats his own argument) when he admits that, “when I first started playing first class cricket in England, the intensity of a County Championship match was like a Test match … it was as tough as anything”.

Well, rather than throwing the baby out with the bathwater, we simply need to get back to those days. The 18-county structure, with its two divisions and numerous opportunities for professionals both domestic and international, can indeed create a competitive Test team again. So let’s make it happen.

There’s definitely a way. We just need to make sure there’s a will. And we do that by pushing the debate in the right direction. Otherwise English cricket really is lost. 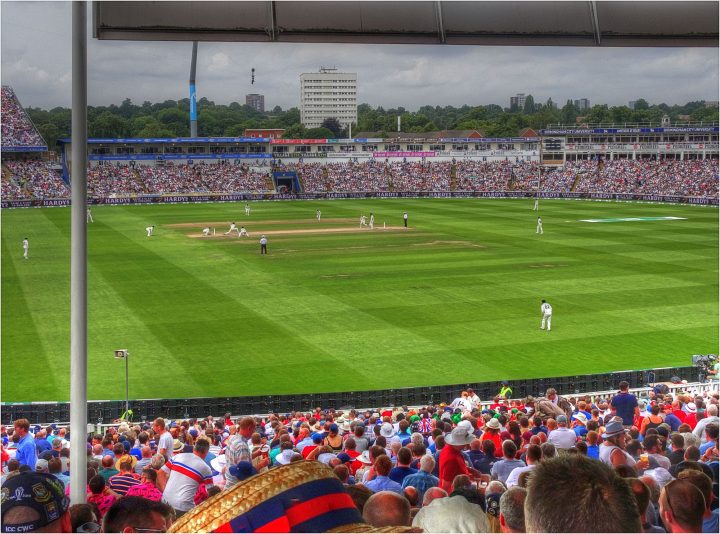