There’s a lot of ground to cover today so like two singles on a Tinder date I’ll get straight to it.

First up there was England’s T20 series victory over the Canary Yellows. It was an entertaining series which England could’ve won 3-0 had we fielded our best XI in the dead rubber last night. Instead the Aussies’ consolation victory might fool them into thinking they could’ve / should’ve won the series too – if only they hadn’t imploded so spectacularly (and amusingly) in the first game.

To be honest I was quite underwhelmed by the Aussies. They arrived as allegedly the best T20 side in the world (according to the rankings) but they have too many bang average players in my humble opinion. England were the better side on paper and in practice.

It’s easy to get a false impression when you don’t watch every Australia game – which sadly I don’t – but the likes of Stoinis , Zampa, Richardson, Wade, and Agar aren’t really top class. I’m sure they’re useful on their day, a bit like Chris Jordan and David Willey, but they don’t exactly strike fear into the opposition.

As for England I think we’re developing nicely. It speaks volumes that Dawid Malan probably won’t play when the T20 World Cup comes around, presumably because the management think he starts too slowly compared to the other batsmen available.

Malan is a class white ball player, don’t get me wrong, but who on earth would we leave out to accommodate him? It’s an embarrassment of riches really. No wonder the management can afford to get all preachy and moral high-groundy over Alex Hales. They just don’t need him like they did in the past.

England’s bowling isn’t quite as strong as the batting but there’s still enough experience there. Wood and Archer are a fantastic pairing, just like they were in the ODI World Cup, and Rashid seems to have recovered from his shoulder problem. He was excellent last night.

Adil’s form has inevitably started a debate over whether he should go to India for the Test series. After all, we’re likely to play two or even three spinners out there. However, my personal view is no. He’s a very handy bowler to have up the captain’s sleeve, and he’d definitely add variety to the squad, but several factors go against him:

Firstly we must mention that Adil’s Test record is poorish. He’s played 19 Tests (a big enough sample size) and he’s taken just 60 wickets at an average of 40. What’s more, these games have often occurred in spin-friendly conditions.

Some observers wonder whether Rashid bowls too slowly to be effective in Test cricket. Hmmm. I’m not generally a fan of generalisations (!) but I do understand the argument. Does he need the batsmen going after him to be effective?

The sense persists that patient batsmen can simply defend Adil’s good balls and wait for the inevitable poor deliveries. It’s not exactly rocket science, and most leg spinners that aren’t named Shane or Anil will inexorably bowl the odd long hop or full toss, but sadly this is the story of Rashid’s Test career to date.

The final reason to exclude Adil is both practical and political. He hasn’t played red ball cricket for over a year and a half. He doesn’t even have a red ball contract with a county. This alone, in my opinion, should exclude him from consideration because (a) we don’t know how his shoulder will respond to the additional workload, and (b) his inclusion would set a terrible precedent.

If the selectors are going to select a player outside of the domestic first class system then this player should at least be exceptional. I could understand an argument for someone like a Kevin Pietersen but Adil isn’t worth the fuss and resentment his selection would inevitably whip up. That’s my 2p anyway. 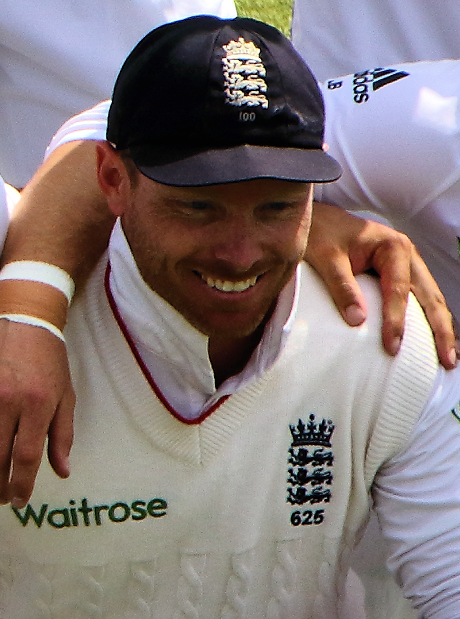 The other news story that’s caught my eye in recent days was the retirement of Ian Bell. I guess we all knew it was coming. He’s now 38 years of age and he hasn’t scored prolific runs for a while now. The Duke Of Bellington made a modest announcement in which he said it was time.

I’ll miss Ian Bell. Although we got off on the wrong foot – I still think it was dead wrong to jettison Graham Thorpe before the 2005 Ashes (both Thorpe and Pietersen should’ve played ahead of Bell) – as a purist he grew on me enormously over the years.

To say Bell was a pleasure to watch is like saying Chateauneuf-de-Pape is a top drop. It’s so obvious it’s hardly worth saying. However, no ‘Goodbye Belly’ would be complete without a reference to aesthetics.

Quite simply Ian Bell was the most stylish batsman England have had since Gower. His cover drives were absolutely text book, his cutting precise, his timing off his legs sublime, and his defence (the odd aberration excepted) was also orthodox and pleasant on the eye. I still show my young lad Ian Bell clips on YouTube in the hope that some of it sinks in.

How good was Ian? I’d say he was very good. Somehow his average of 43 doesn’t seem a fair indicator of his talent. However, sometimes I sense that aesthetics were also his weakness in some ways. He made batting look so easy that people always had the highest (possibly unfair) expectations.

It’s amazing how Ian Bell can average 43 and be considered something of a frustrating player, whereas Sir Alastair Cook can average 45, just two runs more, and be remembered as a titan of English cricket and some sort of saint or deity. It’s bizarre.

Maybe it’s because we all admired Cook’s stiff upper lip, stubbornness and resilience, whilst realising that he was maximising every atom of his natural talent and somewhat dodgy technique. Bell, on the other hand, always looked like a Ferrari at the crease. So when he inevitably got out it often looked a tad flakey or soft.

Personally I’d rate Bell in exactly the same bracket as Cook and also Jonathan Trott – three very fine Test players who served their national teams with distinction. They were a class above Strauss and Collingwood (who were good but not quite worldies) but perhaps a notch below their contemporary Kevin Pietersen who often stole the limelight.

Either way, Bell was an integral part of England’s best Test batting line-up this millennium. How we’d all kill for a lineup of Strauss, Cook, Trott, Pietersen, Bell, and Collingwood today? Add Matt Prior to the mix at 7 and is it any wonder that we reached the top of the rankings?

Enjoy your retirement Ian. Up the Villa!