Today we welcome back James Wilson, author of Court and Bowled: Tales of Cricket and the Law (WSH, 2017). Here’s his review of Amazon Prime’s documentary on Australia’s post sandpaper-gate resurgence.

I have just finished binge-watching The Test, the fly-on-the-wall documentary about Australian cricket’s travails from shortly after the sandpaper affair of March 2018 until the successful retention of the Ashes in England in late 2019. I imagine it has been staple fare for all cricket fans during lockdown, and it has already been mentioned on this blog by James Morgan. Here are a few more random thoughts on the programme.

First, and most importantly, it is entertaining, which is recommendation enough whatever criticisms might be levelled at it. There are many moments of human drama, along with amusing vignettes, one being the very modern obsession of making coffee with very old-fashioned methods along with modern jargon. Other commentators have beaten me to the observation that David Boon, legend of Australian tours past for his in-flight lager consumption, must be seriously shaking his head and uttering non-politically correct observations about modern Australian masculinity. (So too Rod Marsh and Doug Walters, who started the tradition of recording the number of ‘tinnies’ downed during international flights which Boon determinedly set out to break.)

There is not much cricket on screen beyond the minimum to place the dressing room scenes in context. Those scenes, in the usually well furbished facilities behind normally closed doors, are frequently gripping. English fans will enjoy watching the desperate strain on all the Australian faces as Ben Stokes marches towards what we know will be among the greatest test innings in history. Less amusing is seeing the dressing room horror as Steve Smith is felled by Jofra Archer and there is a fear he might have been hit in the same fashion as Phil Hughes. The genuine admiration the Australians have for Virat Kohli is evident. We are also given some idea of what it is like to tour and play in India, where the size and enthusiasm of the crowds lining the streets and hotel lobbies almost rival those in the stadia.

The latter experience is probably the main reason why Tim Paine chortles in surprise when an English reporter asks him if Edgbaston is the most intimidating ground in the world. ‘I could give you fifteen that are more’ he laughs, and to prove his point the Australians go out and win the first Ashes test emphatically.

Beyond giving results there is little by way of match reporting and summary; this is not Wisden in moving pictures. It is more a character study, with the inherent problem that the cast is too large. Only coach Justin Langer and captain Tim Paine get much repeated screen time, and apart from seeing glimpses of comfortable houses and supportive families we do not learn much about them as people – save that Langer is not very imaginative with his use of swear words; he never attempts anything creative on the lines of R Lee Ermy’s gunnery sergeant in Full Metal Jacket.

We learn even less about the other players, other than that like many young people (not just in Australia) they struggle with pronouncing the letters ‘t’, ‘r’ and ‘d’. Thus, we are told they play ‘criggid’ (rhyming with ‘ribbit’) for ‘Straya’, and that Ricky Ponting’s nickname ‘Punter’ is apparently pronounced ‘Punna’. There is not much new here – I have a book by Christopher Martin Jenkins about the 2001 Ashes, in which he laments that some of his fellow English commentators sound like Harry Enfield’s disc jockey Dave Nice, with his selfless work for ‘charridy’. (Gideon Haigh, like CMJ before him an éminence grise among cricket writers, does not suffer from the affliction during in his interviews in the programme, proof that it is not a necessary component of the Australian accent.)

Some schadenfreude comes from seeing players returning after being dismissed cheaply or through bad shots. Cricket can be the cruellest of games: in nearly every other sport a single blunder might cost a game, but at least a player has the rest of the match to try to make up for it; a batsman in cricket, on the other hand, might play his first ball badly and know he has to spend the rest of the game watching everyone else and feeling sorry for himself. That feeling must be all the worse the higher one goes; televised games will replay the moment of humiliation mercilessly. It is no surprise therefore that we see several players stomp into the dressing room, throw their gear aside and display the look of someone who really, really hates cricket.

Those episodes show the players to be as vulnerable as anyone else to personal frailties. Frustratingly, though, aside from seeing a bit of net practice, we do not get any sense of how they came to be international sportsmen in the first place. Each must have an interesting back story about natural ability, dedication and opportunity, but nothing much is hinted at in the programme. They could almost be any other random bunch of blokes on a package tour, apart from being evidently much fitter than most. 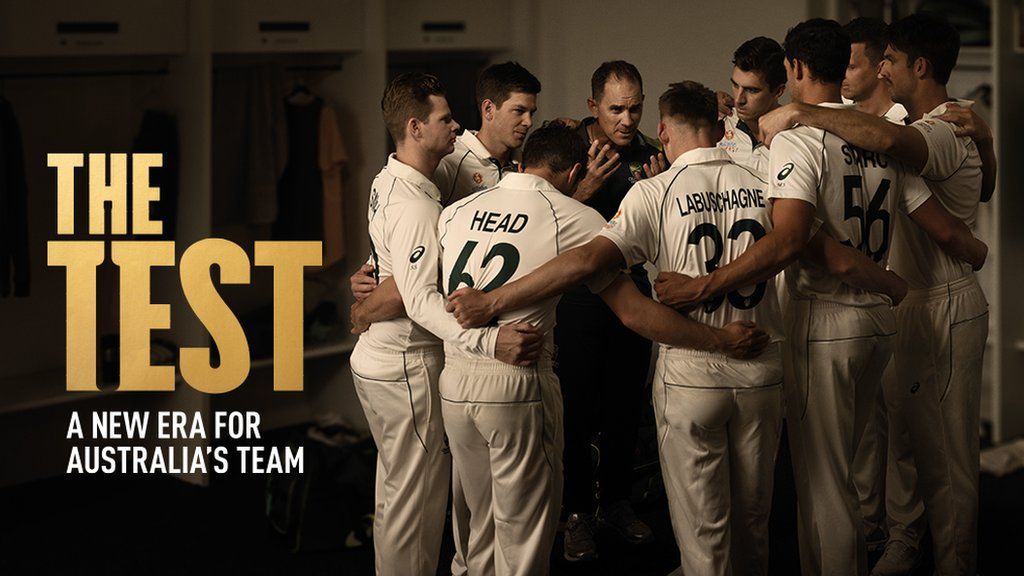 Throughout, there are various direct attempts to repair the damage from the sandpaper disaster. It is repeatedly called a ‘mistake’ rather than what it was – a pre-determined plan of deception. The only ‘mistake’ was thinking they might get away with it. The players gripe about the booing of Warner, Bancroft and Smith, but it is possible to overdo the sympathy as much as the fans overdid the insults. To be sure, the fans’ booing was boorish, but it is hard to downplay the significance of the crime the three men committed against the sport of cricket and the country of Australia, and they were extremely lucky to escape with nothing more than a 12-month ban. Match fixers are sent to jail, while in a commercial context something equivalent to Sandpapergate would have resulted in civil litigation for fraud or breach of contract. Still, it is right that the cricket world has now moved on, and we should not expect the Australians to indulge in more self-flagellation than what they feel is necessary.

Smith is seen redeeming himself partly through coming across as a decent bloke away from the spotlight, but primarily through unrivalled brilliance at the crease. By contrast, the Ashes failures of Bancroft and Warner – the latter a modern Doug Walters, able to score runs at will anywhere apart from England – go almost unmentioned (Langer himself put an unintentionally amusing spin on it). Smith also gains much sympathy when he is hit by Archer. At the time his concussion was thought to be potentially fatal to Australia’s Ashes hopes; in retrospect we can see it gave them an accidental but considerable boost by opening the door for Marnus Labuschagne, who started with a half century and, at the time of writing, was averaging 63 in test cricket – the only current player in world cricket ahead of Smith himself.

Various other steps towards the rehabilitation of Australian cricket are shown. Langer repeatedly emphasises respect among teammates, and he urges only ‘banter’, not ‘abuse’, of the opposition. Captain Grumpy’s 1989 surliness is seen to be a thing of the past as the Australians mingle cheerfully with the English after the series. There is certainly no repeat of the Warner/Root 2013 incident, and not just because no Australian would be foolish enough to throw a punch in anyone’s direction with Ben Stokes in the room. The side also gets strong and appropriate lessons in perspective, humility and patriotism when taken to Commonwealth War Graves cemeteries in Gallipoli and on the Western Front.

Although Australia have technically returned to the number one position in test cricket, their defeats to India showed they still have a long way to go. Their failure to retain the World Cup also puts them below the better Australian sides of the past 33 years in ODIs. Then again, retaining the Ashes in England is something no other Australian side has managed since Steve Waugh’s 2001 team (incidentally, the familiar steely Waugh gaze can be seen in the programme as he returns to the side as a consultant).

Ultimately, the documentary shows the current Australian side to be a genuinely likeable bunch, something not always said about their predecessors (perhaps unfairly as they never had an equivalent behind-the-scenes documentary). It also shows they will be hell-bent on defeating their next opponents including – especially – England. But we knew that anyway. Recommended.