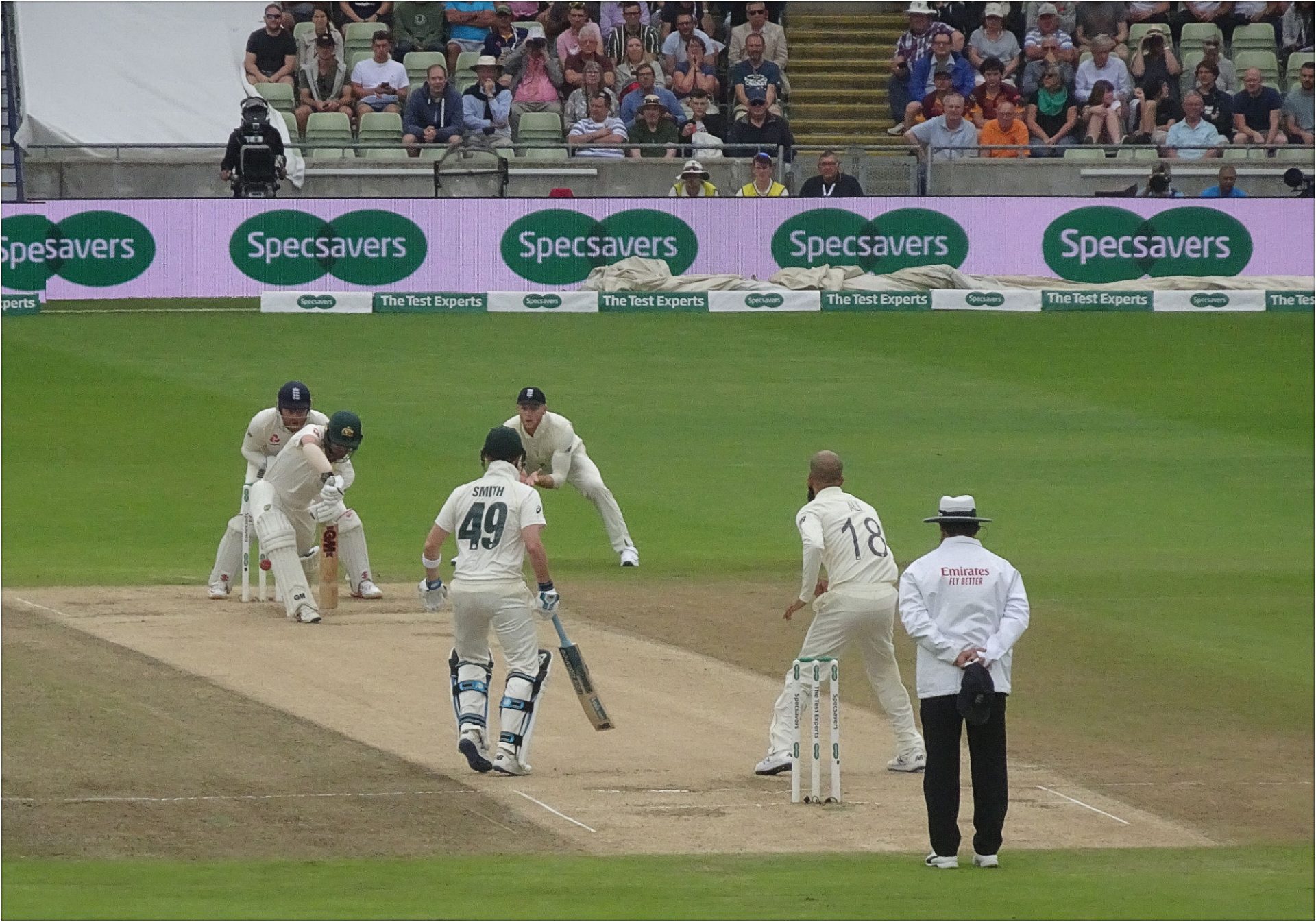 In 1964, Pakistan all-rounder Mustaq Mohammed changed the course of cricketing history. Playing in a club match for Rotherham’s Cavaliers, Mustaq faced up to the esteemed Fred Titmus. The England and Middlesex off-spinner was bowling neatly to a tight field. Out of scoring options, Mushtaq eyed the only gap – third man. “My shot was premeditated, but it connected and went for four,” he told the Indian Express.

Bewildered, Truman appealed. “Poor old Freddie. He went wild and pulled his hair out. This was 1964, you see. The umpire told Freddie, ‘You got a ball in your hand, he has a bat. He can do whatever he wants with it’. And there, the reverse hit was invented.”

Nearly six decades on, the reverse sweep has become a customary habit of the 21st century cricketer – a word in the cricketing language no more foreign to the modern bat than a cover drive.

There were, of course, those who popularised the stroke. Mushtaq’s brother, Hanif Mohammed, was first to unfurl it on the international stage, playing the stroke to great avail in his prodigious 187 against England at Lord’s in 1967. Fellow countryman Javed Miandad and Zimbabwe’s Andy Flower both mastered the stroke throughout the 1980s and 90s. By the turn of the century, the reverse sweep was a legitimate yet rare shot.

In 2003, all would change. The introduction of T20 cricket turned the game on its head, revolutionising all aspects of cricket. Perhaps, most crucially, it changed the batter’s mindset. No longer would singles suffice: boundaries were needed and players got creative – the gap at third man was a popular choice.

As the shortest format exploded in popularity, so did the shot. White ball greats like AB de Villiers and David Warner adopted the stroke to great effect. De Villiers famously reverse swept West Indies seamer Jerome Taylor for a boundary in his epic 149 off 44 balls, the fastest ever century in all forms of cricket. Jos Buttler, too, comes to mind as a reverse-sweep specialist. Averaging a staggering 48.67 opening the batting in T20 internationals, Buttler has deployed the stroke nonchalantly in his 95 T20Is and 157 ODIs. Helping England to ODI and T20 World Cup glory along the way.

To the purists’ shock, the reverse sweep has become something of a regularity in the Test arena, too. Former England captain Joe Root is a regular reverse sweeper, the Three Lions 2021 tour of Sri Lanka coming to mind. Root led with the bat, hitting an outrageous 426 runs at an average of 106.50 in the two-match series. Most destructive was his 228 in the first Test, in which he unfurled the reverse sweep a number of times to demolish a promising Sri Lankan spin attack.

Australian Usman Khawaja is another frequent reverse sweeper in Tests. Since his debut, the left hander had played the shot only three times in his first six years of Test cricket – losing his wicket once and scoring no runs. Yet, in 2018, something clicked for Khawaja, reverse sweeping 31 of the 599 deliveries of spin he faced that year. In his defiant 141 against Pakistan, he executed the stroke a staggering 21 times, dominating the formidable Yasir Shah to ensure a famous Australian draw. “Whenever you are trying to score runs, there is always a risk”, proclaimed Khawaja, “it’s not a big deal”.

Not a big deal? It was a big deal to Mike Gatting in the 1987 World Cup final. On 44, chasing a respectable Australian 235 in front of a packed-out Kolkata crowd, England’s captain made a fatal mistake: facing up to the part time spin of Allan Border, Gatting went for it. Not known as a risk taker, he top-edged the ill-executed stroke. The ball rebounded off his shoulder and into the hands of Greg Dyer, the Aussie fielder looking just as bemused as everyone else. “Ill-judged dalliance”, thought Simon Wilde of ‘The Cricketer’.

Gatting’s shot, perhaps more than any other, reflects the infuriating beauty of the reverse sweep. Should he have nailed it for a boundary, there would have been praise galore and admiration for the skipper’s brave and forward-thinking approach. And England would’ve still had a sniff at World Cup glory. Yet, he didn’t nail it for a boundary. Gatting lost his wicket and England lost the final. The infamous reverse sweep was therefore forever to be remembered as the “ill-judged dalliance” of a batter who lost his cool.

Nearly six decades since Mushtaq Mohammed first unfurled it for the Cavaliers, the reverse sweep is a pivotal weapon in the modern batter’s arsenal. As risky as it is elegant, Mushtaq’s invention has become an essential strand in the DNA of modern cricket.