We haven’t had many good days to celebrate in Test cricket recently so today’s definitely one to savour. In fact, I’ve just settled down at my keyboard with a nice glass of something fizzy. It’s not champagne – we haven’t won yet – but it will do nicely in the circumstances.

England bowled beautifully today, and with the pitch looking increasingly dry and the odd delivery already breaking up the surface, we really should dominate the game from here.

I’m even chewing some Biltong as I write this – a nice metaphor for eating South Africans for breakfast (or in this case a pre-dinner appetiser). I might tuck into the Chenin Blanc later on too.

So where did it all go so right? The morning session really set the tone with Stuart Broad to the fore. And as we’ve seen over his 135 Test matches, Broad’s a different proposition when his legs are pumping and he’s charging in.

Stuart can look innocuous when he’s bowling at 80mph. But when he’s 85mph plus he’s a real handful with his height and accuracy. Today was classic SB at his very best. It’s amazing what talk of being dropped can do for a bowler (wink, wink).

Jimmy Anderson was also a star. The bloke’s pure class. A freak. His Test wickets have cost approximately 21 runs each since his 35th birthday. Age doesn’t wither him nor stale his infinite variety.

Of all of the great seam bowlers I’ve seen only Ambrose and Walsh seemed equally effective after their 35th birthdays (although they lost a yard of pace). Even the great Glenn McGrath lost a step in his last year of Test cricket at the age of 36. 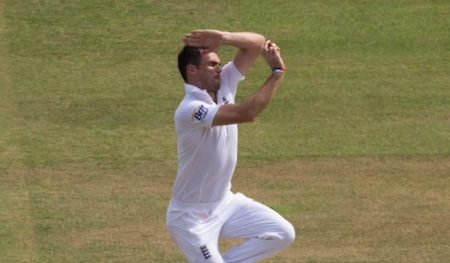 It was a pleasure to watch England in the field today. I particularly enjoyed the makeup of England’s attack: the two old warhorses and the coming men. Sam Curran looks young enough to be Jimmy’s son. Although he lacked a bit of venom in his first spell, he came back well to pick up the key wickets of van der Dussen and de Kock in the evening session.

Dom Bess also gave the impression that he could be around for some time. The young spinner looked composed, gave the ball some air, and looks much improved from the limited off-spinner we saw a couple of years ago. I thought he played his part really well – despite some head-scratching field placings from Root at the start. Jack Leach might be sweating on his place because England seem desperate to find a spinner who can bat.

It was actually Bess who made the vital breakthrough of the day. Dean Elgar and van der Dussen had put on 117 for the 4th wicket when the Somerset twirler claimed the former. It was a nice piece of bowling actually. Root had mid-off up (daring the batsmen to hit over the top for once) and Elgar fell into the trap. Before this Root was happy to give the Saffers easy singles off Bess’s bowling – an odd strategy when they were 3 down and two hundred behind.

The other talking point of the day was the number of no balls missed by the umpires. This came back to bite England when Broad had van der Dussen caught behind only to see the wicket overturned. Broad had overstepped a number of times before this but the umpires simply hadn’t noticed. So how on earth was Stuart supposed to know that he was getting too close?

It’s hard to criticise the standing umpires too much. They’ve got a hell of a job to do and a million things to think about. However, the status quo cannot go on.

Fortunately they trialled a new system in the India versus West Indies ODI series last year whereby the 3rd umpire was in charge of spotting no balls on a ball-by-ball basis. When the bowler overstepped he simply gave the on-field umpires a buzz. Apparently the trial was a success so it might not be long before they make this system mandatory.

So where does this Test go from here? Although it’s still a pretty good batting pitch there’s just enough assistance if bowlers bend their backs. Therefore I’d expect England to wrap up the South African innings in the first half hour, make another score of around 250, and then set the Cricket Boks around 300 to win. This should produce an exciting finish with England coming out on top – just.

However, regular readers of this blog will know that I’ve been wrong before. In fact, I’m sure hundreds of TFT readers come here just to watch me lick egg of my face on a daily basis.

But before the doomsters and the gloomsters say I’m going to get it wrong again, just remember this … South Africa are a bit like England. They can’t bat for toffee either. Which is perhaps why this Test match has been so entertaining.

I want to sign off by saying how much I’ve enjoyed this game. Newlands is a picture perfect ground, the atmosphere has been great, it’s a good pitch, and we’ve seen some fantastic bowling by both sides.

ODIs and T20s are increasingly batsmen’s formats so it’s really refreshing to see the bowlers on top in what remains by far the best form of the game.