The sad truth about the world today is that everyone will continue to milk the same cow till a new one comes into the picture. We are of course talking about England’s controversial, not exactly but many would have you believe that, win in the World Cup.

It’s quite surprising how every Tom, Dick, and Harry has a theory on how the final should have played out, even when rules are in place for exactly the kind of situation that came about. Then again, haters are going to troll and losers are, well we don’t really care about them because the trophy is with us now.

Thankfully, the cricketing world is all set to get their next bit of fodder with The Ashes in August. In case cricket is something new to you, welcome to the club first of all, and know that The Ashes are a series of five-day matches between England and Australia that go back to the 1880s. So, in a nutshell, The Ashes is the epitome of cricketing legacy. And if you don’t want to come across as an illiterate novice, it’s worth brushing up on the significant rivalries, India vs Pakistan is another, that continue to excite and entertain cricket lovers.

But, what’s in store for England this time around? Admittedly, they have been playing a beautiful game these last few years, and are arguably the best team we have ever had. However, victory is a fickle you-know-what and winning at the World Cup can either prove to be the boost that makes them conquer The Ashes or the poison apple of over-confidence that will have them fall into a never-ending sleep of dread.

One thing is for sure; Australia isn’t going to hand the trophy to England without a fight, and what a fight it will be if England puts up a strong offence from the very first game in Edgbaston. There’s also last year’s thrashing looming over our heads, something the boys need to forget as they walk onto the field. Ozies are known for their psychological play, and we’re pretty sure they will make it a point to remind us of the disappointing results from 2017-18 where England didn’t even win one match during The Ashes. But rise above and beyond we must. 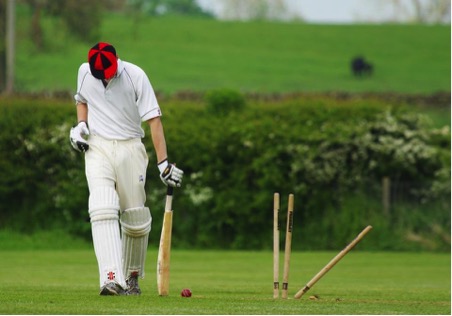 Now, if you are a punter or anyone related to a sports bookie, The Ashes are an exciting time at both ends of the world. There are a bunch of moolah making opportunities available as the teams go about hitting sixes and fours on the field. Okay, ones and twos unless someone gets carried away and starts practising for the next Twenty-20 game. If you are smart enough to spread your wagers, placing a few right now, before the start of the competition is a great idea. Especially since the early odds are always in your favour. Moreover, you get to collect free bets and bonuses that the bookies offer, and you’ve got to be a little cuckoo in the head, not to make the most of free money.

Here’s the kicker though. Getting a lowdown on cricketing odds is a sign of how The Ashes will play out. Bookmakers take into account analysis by pundits and cricketing professionals before giving out the odds, and in this case, it seems England is a clear winner. Bookies have England at 11/12 odds as opposed to Australia at 9/5. You can also predict the series score, which should see England winning at least three matches.

Before we end, let’s not forget that England has the home advantage this time. And if we learnt one thing from the World Cup, it’s that our team knows everything there is to know about the pitches like the back of their hands.