Here’s Billy Crawford with his thoughts on Jofra’s summer …

This season was undoubtedly the summer of James Anderson and Stuart Broad. The two old stagers raged against the dying of the light and occasionally against journalists on Twitter.

For another bowler, however, it has been a rather different summer. Last year Jofra Archer was the great hope of English cricket. Against Australia at Lord’s he had produced the most terrifying spell of fast bowling seen in an Ashes contest since Mitchell Johnson 7 years ago. Steve Smith, the world’s greatest batsman, was peppered, bruised and eventually felled in a passage of play that no one who ever saw it will ever forget.

Now, though, that day at HQ seems a long time ago. The Jofra Archer of this summer cut a disconsolate figure. His pace was down and with it his effectiveness was blunted.

His interviews and newspaper columns hinted at a lack of motivation as much as form. After an insipid performance at Edgbaston, a match where his bowling was noticeably slower, he spoke of looking at the pitch and deciding it was “not one to bend your back on”.

This in itself is a startling statement, one that betrays much about Archer’s state of mind. One can hardly imagine the great fast bowlers of yesteryear, the Brett Lee’s or Malcolm Marshall’s, looking at a surface and deciding they might not bother putting in the effort today.

Perhaps we should not be too harsh on Archer though. Intense scrutiny and judgement of him is likely to be counterproductive. He is best it seems, when left to just be himself. 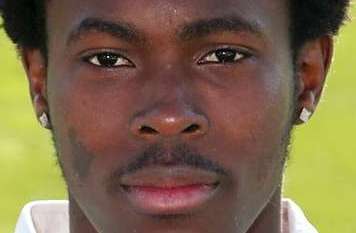 While the fallout from his Covid bubble breach had an obvious effect on him this summer, it would be lazy journalism to contribute all of Archer’s current malaise to this one event.

Perhaps we need to look further back to Mount Maunganui in February, where Joe Root compelled his primary strike bowler to bowl 42 overs in one innings against New Zealand. Archer looked visibly annoyed throughout the match and subsequently sustained a stress fracture of the elbow that kept him out of the rest of the tour.

It seemed that Joe Root had absolutely no idea how to use his key asset. Deploying someone of Archer’s talent as a stock bowler is a waste of England’s best resource. After all, one does not buy a Maserati and then use it for the morning commute.

Far better to use Archer in the same way that Michael Clarke used Mitchell Johnson in that fateful Ashes series in 2013-14. Clarke restricted his fast bowler to short sharp bursts of 3-4 overs, thus ensuring Johnson was always able to run in at full tilt without having to pace himself for longer spells. Archer’s effectiveness in T20 cricket has already proved that this approach could work with him.

There are other factors at play in Archer’s malaise as well. His motivation is constantly questioned and this must be wearisome for a young man. His Barbadian upbringing is used against him in the same manner as Kevin Pietersen’s South African heritage once was.

The questions about his commitment to the England cause derive from doubts about his Englishness. After all, as people repeatedly said about Pietersen, didn’t he just come here to play cricket? Like Pietersen, Archer has a fondness for fashion and jewelry that does not sit well with the staid atmosphere of English cricket. To many he may seem a little bit flash.

Sadly, we have not learnt the lessons of the Pietersen affair. It was these questions and this attitude, the constant feeling that he was being treated as an outsider, that eventually drove the gifted batsman away from these shores. If we are not careful we may do the same to Archer. After all, like Pietersen, he could earn far more as a T20 gun for hire than as an England cricketer.

To some the criticism of Archer has hints of racism about it. The unseemly Twitter spat between Jonathan Liew and Agnew arose from this accusation from the former towards his media colleagues.

This accusation does not hold up to scrutiny, however. After all, Kevin Pietersen, a white man, received almost identical treatment. It is difficult to see Jonathan Agnew and his collegues, who work alongside cricketers and commentators from every corner of the globe as closet racists.

The issue of race is still pertinent but not in the way that Jonathan Liew might suggest. The volume of articles portraying Archer as a standard bearer for the Afro-Caribbean community has been weighty. The Cricketer recently published an issue reflecting on race and equal opportunities in cricket, in light of the Black Lives Matter movement. Jofra Archer adorned the cover. Many editorials have been written in the cricketing press suggesting that he can inspire a new generation of Black British cricketers.

While all of this may be a laudable aim, it is unfair to pin that burden on a 25 year old still finding his way in the game. There are enough pressures attached to being England’s greatest fast bowling hope in a generation without saddling the Sussex man with anything further.

Jofra Archer did not ask for any of this, he didn’t ask to be a standard bearer, neither did he ask for his loyalty to the cause to be constantly questioned. He is just a young man who wants to bowl fast. Perhaps we should all just let him.