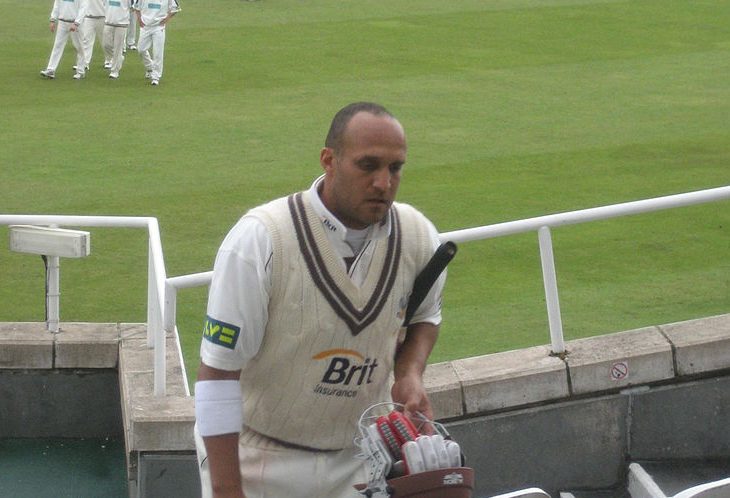 Back in November 1998, a young Englishman fresh out of uni left these shores to travel around Australia. Obviously it was a complete coincidence that the Ashes was on. On the third day of the first test in Brisbane, he saw another young(ish) Englishman flay McGrath, Fleming, Kasprowicz and MacGill to all corners of the Gabba.

The first young man was me. The second young man, the one who actually had some talent (and some hair), was Mark A. Butcher. Little did I know that eighteen years later we’d be discussing England’s prospects over the phone. Haseeb Hameed was just 22 months old at the time.

If you click on the audio thingy above you’ll hear Mark and I preview England’s test series against India. As you can probably guess, neither of us are particularly optimistic. However, we both agreed that England have enough talented players with good pedigree to defy the odds and actually win a test match. It’s just a shame about the other four games.

Aside from giving his series prediction, Mark also discusses England’s selection policy, our problems with spin, and the omission of Jack Leach – the bowler many want to see in an England shirt, but very few actually know anything about (including us)!

At the end of the interview, which lasts about 15 mins, you’ll also hear me quiz Mark about his music career, and what it’s really like to work with the legendary Bob Willis.

Many thanks to Mark for taking the time to talk to us. He was in bed recovering from a hernia operation at the time – which scuppered my suggestion that he should come out of retirement and open with Cook. Well, he couldn’t do any worse than Robson, Compton, Lyth and Hales.

Mark Butcher was speaking on behalf of Betway ahead of England’s five-Test series in India. Click here to see Mark discuss the secrets of surviving the subcontinent with journalist Simon Hughes and the Betway Insider’s Tom Clee.