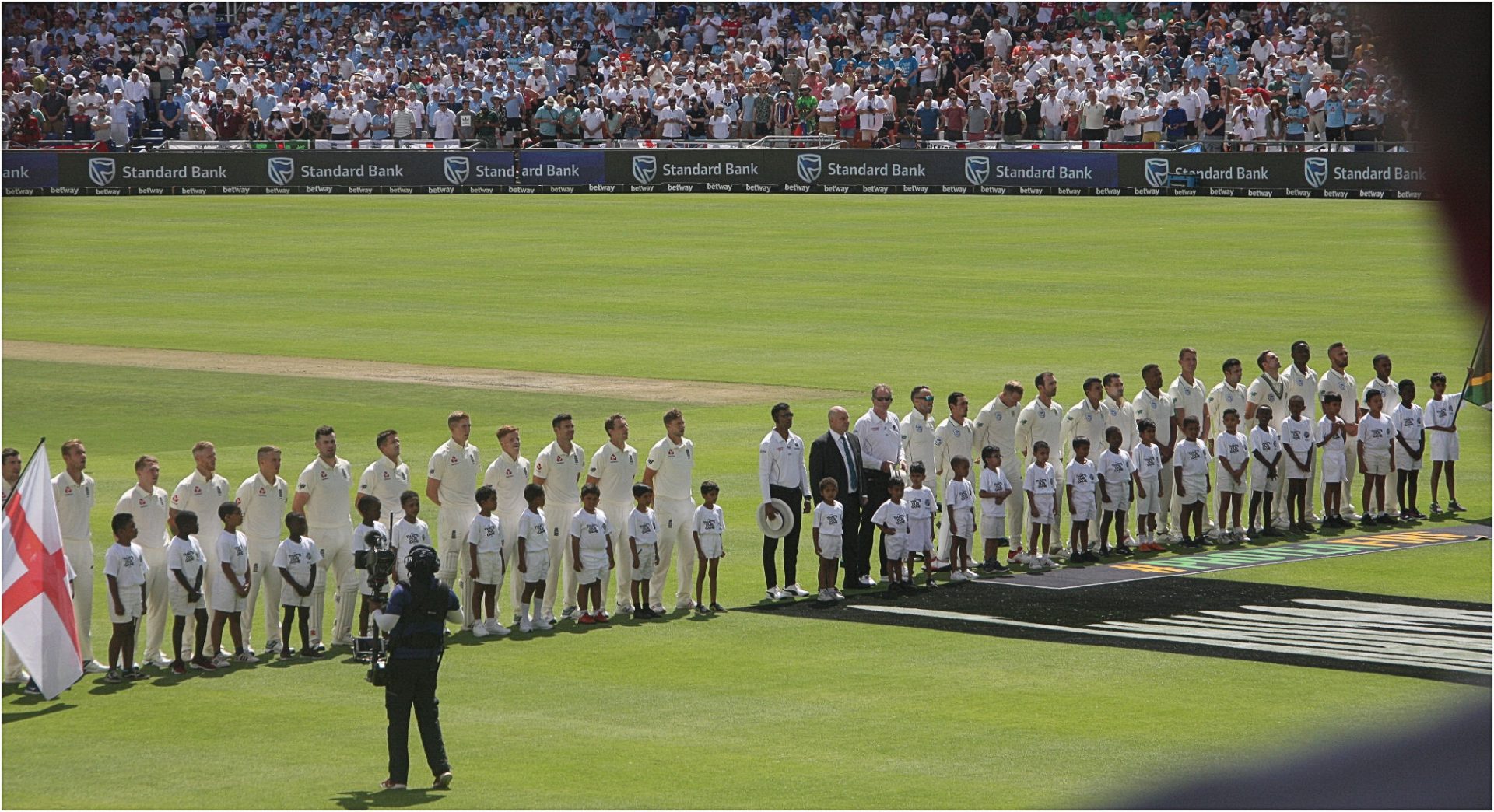 For a sport drenched in tradition and eccentricity, cricket never fails to disappoint. Awarding Test status is now riddled with inconsistency and a well-meaning but misguided tilt at diversity.

This most elite of sporting clubs began by stealth when England played Australia in the first ever Test match in 1877. The Poms and Aussies had joined a club that hadn’t yet been formed but the building blocks had been laid. South Africa joined in 1889 when they played England at Port Elizabeth. The Imperial Cricket Conference was formed in 1909 and gradually morphed into the International Cricket Council (ICC) that now governs the game.

To say the ICC had growing pains is an understatement of almost biblical proportions. The West Indies, New Zealand and India were accorded the honour in 1926 and anointed with an inaugural Test against England. Pakistan was similarly admitted in 1952 but would be the last nation to attain Test status for 30 years.

The 1960s saw the inclusion of non-test playing countries who were granted associate status. Membership grew steadily into the 1970s and surprisingly included a number of countries from outside the Commonwealth. The USA, Netherlands and Denmark all joined the ICC during this period. But Test status remained a distant prize jealously guarded by the blazers at Lords.

Sri Lanka was one of three original associate members in 1964. They finally gained full Test status in 1982 and it was long overdue. A national side had existed since the 1880s and played first class cricket from the 1920s.  Sri Lanka hosted a regular stream of touring nations and performed admirably in the first two World Cup tournaments. They narrowly lost to Australia in 1975 and won their first World Cup game against India four years later.

Sri Lanka were beaten by England in the inaugural Test and took three years to record a maiden Test victory. However, they gradually shook off the underdog tag and produced some truly iconic cricketers. Kumar Sangakkara posted an astonishing 12,400 runs in a fifteen year Test career, placing him sixth in the all-time list of run scorers. Mahela Jayawardene was an inspirational captain who shared a record 3rd wicket stand of 624 against South Africa in 2006. Unsurprisingly, his partner in crime was Sangakkara who eventually departed on 287. Jayawardene went onto claim 374 runs and the fourth highest individual test score of all time.

The peerless Muttiah Muralitharan played test cricket for 18 years and returned figures equal to his immaculate doosra. Exactly 800 test wickets at an average of 22.75 and a monstrous haul of twenty-two 10 wicket matches. Players of such rare quality and distinction would eventually pay dividends. Sri Lanka won the World Cup in 1996 and duly announced their arrival as major players in the world game. A win percentage of 31.7% in Test matches easily stands compares with the big guns. Sri Lanka haven’t just got through the door of the club; they’ve claimed platinum membership.

After South Africa’s international restoration, Zimbabwe became the ninth recognised test nation in 1992. The early signs were not promising as only one victory was recorded in their first 30 Test matches. Many questioned whether Zimbabwe was given Test status too soon. But they had a pool of exciting players that transcended the also ran syndrome. Captain and wicket keeper Andy Flower was rated among the world’s top batsmen and went on to score a record 4,794 test runs.  His brother Grant hit an unbeaten 201 in that first victory over Pakistan and compiled a further five Test centuries. Heath Streak was a superlative all-rounder who took a record 216 test wickets; and pace bowler Henry Olonga was the prodigy who became Zimbabwe’s youngest ever test player.

Sadly, the team’s prospects were wrecked by a chaotic administration and growing influence of the Zimbabwean government. There was an escalation during the 2003 World Cup as England declined to play in Harare citing security concerns. Andy Flower and Henry Olonga wore black armbands mourning the death of democracy in Zimbabwe. They were dropped from the team and later sought political asylum. Most senior players retired or walked away from the national side as Zimbabwe’s test status was suspended in 2005.

Their exile from Test cricket lasted for six long years and the damage caused in the noughties is still palpable. With Brendon Taylor restored to the side there are faint glints of light. However, the figures tell their own story: in 113 test matches Zimbabwe have won 13, drawn 28 and lost 70 matches with a win percentage of 11.7%. They have never beaten England, Australia, South Africa, New Zealand or the West Indies. Zimbabwe have been most successful against Bangladesh, the only other test nation with a tangibly worse record.

One of the world’s youngest nations, Bangladesh, were awarded full Test status in 2000. Cricket had been played in the region since the late 18th century, and following partition East Pakistan played host to both test and first class cricket. However such status was lost after independence was gained in 1971. A Bangladeshi national side began in the late 70s when they played the MCC in Dhaka. The pre-curser to full status was victory in the ICC Trophy and a highly credible performance in the 1993 World Cup where they won two group games. However, Bangladesh struggled with their introduction to the red ball game. They lost ten of their first eleven Test matches and took five years to record their first victory against Zimbabwe.

Such form might be attributed to tactical naivety and unfamiliarity with touring conditions; they would learn by experience and benefit from quality opposition. Unfortunately the stats don’t support this hypothesis and if anything seems hopelessly optimistic. Bangladesh have played 123 tests, won 14, drawn 17 and lost a whopping 92 matches with a win percentage of 11.4%. They’ve recorded landmark victories against England, Australia and Sri Lanka; but their solitary nature has a certain fluke quality, which rubs shine off the achievement. Four wins over the West Indies also lacks the scintilla of credibility; especially as they appeared to be a test nation in terminal decline. Bangladesh has a seemingly bizarre pact with Zimbabwe. Seventeen matches, seven wins each and three draws actually doubles their win percentage. Perhaps more a case of the two weakest Test nations being equally matched?

Looking beyond the stats there are underlying reasons for their slow rate of progress. Four out of the top five run scorers are current players; their top three wicket takers are similarly experienced. This might be the sign of a settled team; but more likely a lack of real competition for places. Many players have also failed to test themselves at the highest level of domestic cricket. For those that have, it has been a strangely brief experience. All-rounder Shakib Al Hasan has taken a record 210 Test wickets for Bangladesh with a batting average of nearly 40. A 12 month sojourn with Worcestershire was encouraging as he helped them to promotion. But aside from that one spell has always played domestic cricket on the Indian Sub-Continent or Caribbean. Opening batsman Tamim Iqbal has scored a record 4,788 runs, but failed to make an impression in his one season at Nottinghamshire.

Shakib and Tamim are rare examples of Bangladeshi cricketers who tried but failed in the more demanding atmosphere of county cricket. All kinds of factors come into play but it must surely have harmed the national side’s development at Test level. After 21 years Bangladesh show no real sign of breaking out of the Test cricket basement. There are parallels in Rugby Union and Italy’s participation in the Six Nations. Curiously, Italy joined rugby’s elite in the same year that Bangladesh attained test status. They’ve never finished higher than 4th and have taken the wooden spoon on 16 occasions, in nine World Cup campaigns the Azzuri have never progressed beyond the pool stage; does any of this sound familiar?

On 22 June 2017, two more nations received the ultimate accolade but still feel like minnows swimming in a pool of killer whales. Cricket has existed in Ireland for as long as it’s been played in England. Momentum has slowly built and the domestic game was awarded first class status in 2017. Ireland have played and lost 3 Test matches to date; but they gave England a scare in 2019 who were skittled out for 85. Even though England won comfortably by 143 runs there were promising signs of a competitive side developing. The vastly experienced Kevin O’Brien scored Ireland’s first ever Test century against Pakistan and Tim Murtagh has a bowling average of 27. However, Eoin Morgan, Ed Joyce and Boyd Rankin were outstanding Irish players who faced a dilemma when finally nailing their colours to the mast. The next generation of Irish cricketers will face the same difficult choice when they enter the Test arena.

Afghanistan was granted Test status just four years after becoming an associate member of the ICC. Cricket has been played in Afghanistan for many years, but its governing board was only formed in 1995. They have played six Test matches, losing three and winning three against Bangladesh, Zimbabwe and Ireland. A combination of security restrictions and poor facilities prevent Afghanistan from playing home games in Afghanistan. Instead ‘home’ games have been played in UAE, Sri Lanka and India. Asghar Afghan is the leading run scorer with an average of 30 and top score of 106, while Rashid Khan is the leading bowler with 34 wickets.

Mighty oaks might grow from small acorns but Ireland and Afghanistan look hopelessly out of their depth. Bangladesh still flatter to deceive, while Zimbabwe might have broken through just like Sri Lanka had they not been dogged by domestic strife. The leading test nations are in no rush to play the four newest members. They don’t provide credible opposition and lack the commercial viability of games against England or Australia.

Diversification of test cricket is fine provided standards are maintained; but the pendulum has swung from closed shop to open house. Players and teams are increasingly geared to short forms of the game and ill-equipped for the purity of Test cricket.