Today we welcome new guest writer James Ogden to TFT. He argues that it’s vital to preserve 5-day Test cricket, and believes that the compelling game at Cape Town couldn’t have come at a better time.

2020 started with a whimper in the cricketing world. The first T20I between India and Sri Lanka was abandoned without a ball being bowled due to water seeping through the covers. Australia completed a 3-0 rout of a disappointingly uncompetitive New Zealand, and England started the new year in age old fashion, collapsing from 221-5 to 269 all out.

More worryingly, however, is that all this was happening while cricket’s authorities (mainly the ECB and Cricket Australia) were considering a most bizarre and depressing idea to ‘save’ long format cricket.

The prospect of 4-day Tests, an idea that will supposedly save the players from burnout, and save less affluent nations money, is extremely controversial. Even the least cynical fans find it hard to believe that the newly unshackled days won’t be ravaged by yet more T20 schemes. Thus, any cricket fan waking up before day 5 of the Cape Town Test had every right to feel gloomy. But you know what they say – time can be a great healer. And so it proved …

In the shadow of Table Mountain and The Devil’s Peak, a group of 22 men toiled in the sun and dirt to fight the gathering forces threatening our game. The platform was laid on day 4 by the grit of Sibley and the swashbuckling flamboyance of Stokes, but to prove that time really is a healer the Proteas had to step up – and that they did.

Elgar and Malan dug in to survive the new ball, and it needed a beauty from Anderson to get the home team two down at the close of play. In we went, to what could soon be an obsolete fifth day, and what a day it was. Malan excellent, De Qock skilled, Philander resolute, Stokes indescribable.

8.2 overs. That is all that remained of this incredible ever-flowing test when Stokes finally found Philander’s edge. Du Plessis claimed this was the reason that people played tests, and the Barmy Army sang songs and waved their flags in the fading African sun.

Yet this didn’t feel like the fading light of a dying sport. Indeed the previous 36 hours had completely changed the feel of cricket – and man was it needed. 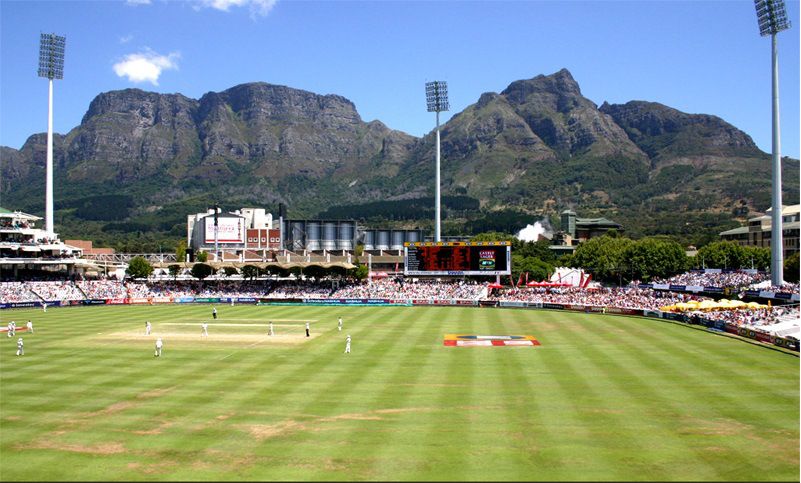 The result between England and South Africa was somewhat inconsequential. The result for cricket is what reverberated around the world. Just as two of the big three associations were scheming to forever change the nature of Test cricket, we witnessed a classic that may well save it for the time being.

Joe Root himself said after the match that the sport should probably resist change – a volte face from what he suggested beforehand. His sentiment echoed that of Gambhir, Tendulkar and Atherton – all stalwarts of game. Maybe the brilliance of Cape Town gave these old masters the confidence to speak up and defend an institution that they still hold dearly to their hearts?

The time the likes of Sibley and Malan ate up at the crease could well have just bought the 5-day test a few more years. Those who suggest that losing a day will make the game quicker, and thus more easily engage the casual fan, overlook the joys of true test cricket. The fever pitch takes longer to be reached, the water simmers for longer on the stove, but when it boils over the joy and relief is so much sweeter.

The ecstasy felt by England when Curran finally took Malan’s edge, or the delight when Stokes got his two wickets in two balls, is indescribable to anyone not partial to the red ball game. Yet, to anyone there or watching on the television, the emotions of pain or relief would have felt even more pronounced due to the length of the rocky journey we took to reach that point.

Cape Town was a reminder of how the 5-day format plays with your emotions over time. That is the true power of test cricket. Good things come to those who wait.

Those 22 men in the African dirt may never know what they did for our sport, but anyone watching it knew. Stokes steaming in, Philander puffing out his chest, flying one-hand catches, all in the last hour of a 5-day marathon of skill and determination. It encapsulated precisely why Test match cricket is the greatest of all sports.

Time has given 5-day cricket power again. Now let us hope this power can give Test cricket more time.