Sympathy For The ECB

When our former co-editor Maxie and I established this blog long ago, Maxie wrote on our ‘about’ page that TFT was generally ‘suspicious of authority but supportive of our players’. I never imagined that ten years later, in the midst of a global pandemic, I’d write an article supporting the board and criticising our players. But here we are.

Yesterday the ECB announced a series of measures that are clearly needed to protect cricket’s future:

£40 million (available immediately) to support counties. This includes the early release of monies that several counties need to survive in normal circumstances, let alone the current one where gate receipts will be zero for the foreseeable future.

The ECB are also suspending international staging fees – the money counties pay for the right to hold international fixtures that are now unlikely to go ahead.

£21 million in interest-free loans (available soon) to support recreational cricket. There will be a 12-month holiday on loan repayments plus ‘return to cricket’ grants.

Without actually seeing the books I have no idea whether the above measures will be enough. I’m not even sure if these will turn out to be the right policies (I guess time will tell). However, at least the ECB are being proactive and actually trying to do something.

In the current circumstances, which nobody in professional sport could’ve realistically foreseen, I tend to give people making big decisions the benefit of the doubt. Nobody knows precisely what the future holds so they’re effectively making huge decisions off the cuff and in the dark. They’re unlikely to get everything right but who would? 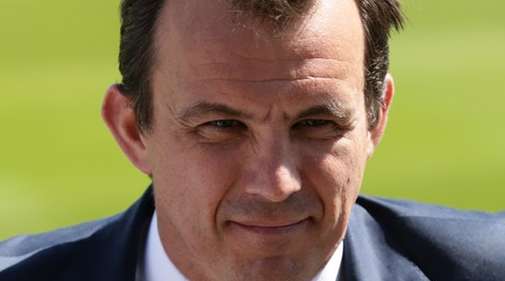 ECB officials have also entered into the spirit of the times by volunteering to take a 20% pay cut for the initial three months in which no cricket is likely to be played.

Tom Harrison himself has volunteered a 25% pay cut. Bravo. We’ve criticised Harrison and his astronomical salary plenty of times in recent times so it’s only fair to applaud the bloke when he’s doing the right thing.

There is one fly in the ointment, however, and sadly that’s the reported position of the England players – although it must be said that Ben Stokes has denied the reports on Twitter.

Although the ECB have said they won’t impose a pay cut on centrally contracted players, they have encouraged the PCA to ask its members to consider a 20% reduction in April and May. This seems fair enough to me. If the CEO (who is presumably working his arse off under enormous pressure at the moment) can take a pay cut then players who aren’t, you know, actually playing, should be prepared to take one too.

Sadly, however, George Dobell, who has recently recovered from what he suspects was coronavirus himself – thank heavens he’s ok – has reported that England’s players have initially ‘declined’ this idea. Oh dear. Although Dobell could be wrong this would be extremely unusual. After all, when it comes to speaking truth to power, George is normally someone well worth listening to.

One hopes the players will eventually see the light on this one and change their stance. Whilst I have a lot of sympathy for lower tier county players, who might be on salaries of £25k (and they’re only employed for 7 months per year remember), the guys higher up the food chain should be able to afford a temporary pay cut quite easily.

England players also get performance related bonuses, lucrative endorsements, plus whatever they earn in T20 leagues around the world. A good IPL contract, of course, is about the same as the GDP of a small country.

At a time when people across the land are struggling financially, and the government are bailing out companies and individuals to the tune of £billions, I’d be incredulous if our top cricketers aren’t happily taking a financial hit too. It would seem incredibly selfish. Therefore one would expect them to reverse this reported stance quick smart. After all, this current crop of England cricketers are reportedly a much nicer bunch than some of their predecessors.

Perhaps it’s harsh to tar everyone with the same brush though. Although I’d very much like to see guys see sense over this one, some cricketers have been actively trying to help in the current crisis. Here’s a fantastic example below. Well done Jos. Now make sure your teammates are on the same page please.

To bid on my World Cup shirt in aid of the @RBHCharity go to … https://t.co/9E4vuoVaPn