Professional sportsmen can’t win sometimes. If they lose they’re losers. And if they win it’s often because the opposition are losers rather than them being winners.

Sometimes this approach – unfair as it might seem – might seem appropriate. After all, there’s no point declaring a team world-beaters when they’ve only beaten poor opposition. The rest of the world might have something to say about cocky upstarts getting ahead of themselves.

However, equally one must also appreciate that a team can only beat the opposition in front of them. And if they do it convincingly, then there’s nothing wrong with feeling optimistic about their future – even if all the usual caveats should apply.

I sense that England are in this position right now. Yes South Africa aren’t particularly good, and we haven’t suddenly become a world class team after years of disappointment away from home, but it would be churlish to deny that some of the pieces are slowly beginning to fit.

Pessimists will say, of course, that we don’t actually know whether the individual pieces – the likes of Ollie Pope, Dom Sibley, Sam Curran, Dom Bess, and even Rory Burns – will be longterm solutions or flashes in the pan yet. Maybe they (as individuals) have only looked good because South Africa are poor.

However, I’m inclined to think that the batsmen at the very least have displayed a veneer of permanence. Why? Because the Cricket Boks clearly aren’t a bad bowling side.

Although the pitches at Cape Town (in the second innings) and Port Elizabeth (in the first) were conducive to big totals – they were generally slow surfaces offering limited movement in the air or off the pitch – scoring runs against Philander, Rabada and Nortje (who has genuine pace) can surely never be easy?

Sibley and Pope’s hundreds were not buffet runs at home against Sri Lanka, or scored on a day one featherbed in India or the UAE, they were good innings that suggested these guys can hack it at the highest level in a way that Sam Robson, Keaton Jennings, or Gary Ballance never quite managed.

Time will tell, of course, but pundits haven’t been as excited about a young player as they are about Pope for a long time. The last time the hype meter struck def con 5 was when Joe Root scored 73 and 20* on debut Nagpur in 2012, and before that when Alastair Cook scored a double hundred for Essex against the touring Australians in 2005.

Meanwhile, although Sibley and Burns had / have their doubters, mainly due to their somewhat quirky techniques, at least their success is bringing about a change of attitude in selection. Funky old Ed Smith is beginning to realise that his policy of picking all-rounders – the total cricket strategy – wasn’t so clever after all.

Although TFT argued passionately that Smith was wrong from the start, and that Test cricket has always been a game for specialists, we should at least give Ed credit for changing course when his ship began to flounder. Previous national selectors would’ve been too stupid, and far too stubborn, to adapt.

This promised change of emphasis, where players performing well in the county championship will surely be given opportunities before white ball specialists and IPL stars in the future, is perhaps the single biggest reason for my guarded optimism. Although there’s no doubt that The Hundred will handicap the Test team by forcing even more matches to the fringes of the season, at least the ECB are creating opportunities for young players to learn overseas outside of the usual curriculum.

The time Bess has spent with Jeetan Patel and Rangana Herath at a training camp this winter, for example, has clearly helped him no end. In fact, Mark Ramprakash, who is obviously well connected to the England camp as a former batting coach, predicted before Cape Town that Bess had improved no end as a bowler and would make a bigger impact than most expected.

Although we can’t be sure that the bowlers will enjoy sustained success at Test level on the basis of their recent performances – the Proteas batting is nowhere near as strong as their bowling – we can at least trust our eyes and instincts. Bess has bowled cleverly with decent flight and good control. There’s enough there to work with. 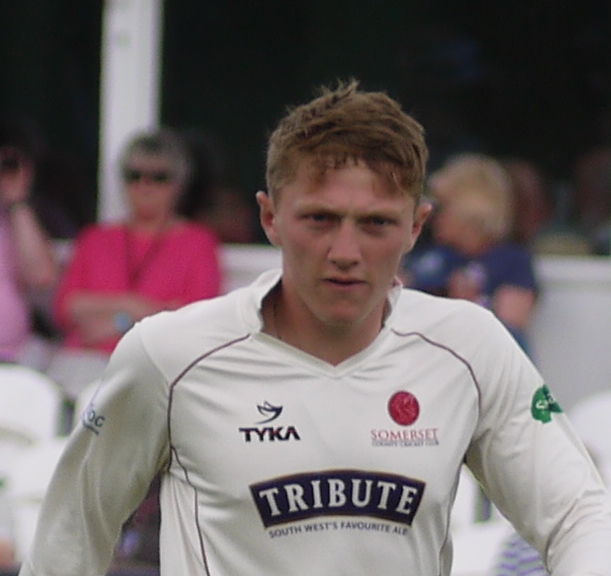 Meanwhile, when it comes to the seamers, the pace of Jofra Archer and Mark Wood will unsettle batsmen all around the world. They might not run through stiffer opposition, but they at least give the side more menace than we’ve had since the days of Harmison and Flintoff. There’s also Olly Stone waiting in the wings, although the solidity of his body sadly doesn’t seem to reflect his name.

The performances of Stuart Broad this winter also suggest that he might have a couple of good years left. The future of Jimmy Anderson looks a bit more uncertain, but England have rarely been short of fast-medium seamers who can be effective at home. It’s the genuine quicks, spinners, and the batsmen who should determine how well we compete overseas – and it these areas, at least, that we’ve taken tentative steps forward.

Although I can’t pretend that I expect England to reach No.1 in the rankings anytime soon – and maybe appearances can be deceptive when viewing life through the lens of back-to-back victories – but I can’t help feeling a little more enthused about the future. There are even positives to be taken from the appointment of Chris Silverwood.

Yes selecting an all-seam attack two Tests in a row was alarming, and the ECB clearly erred by selecting a continuity candidate after Trevor Bayliss – apparently because he did a better PowerPoint presentation than Gary Kirsten – at least Silverwood has told the lads to abandon their macho testosterone-based approach to batting and focus on occupying the crease.

As a result, I expect England to win in Johannesburg and wrap up the series with a resounding 3-1 scoreline – as long as Joe Root doesn’t open the bowling in the hope of securing that elusive Test five-fer.

Basically, I’ve ever been so confident before a Test match away from home. And although I have great sympathy for South Africa, with their political problems and economy-driven talent exodus, there’s one easy way to forget all the guilt …

Just remember how bloody hard it used to be to dismiss Jacques Kallis and Hashim Amla. And remember when Allan Donald did this to us.

South Africa are one of England’s greatest sporting rivals. If we can’t celebrate beating them comfortably in their own backyard – even for a moment – then I doubt we’ll ever be happy.