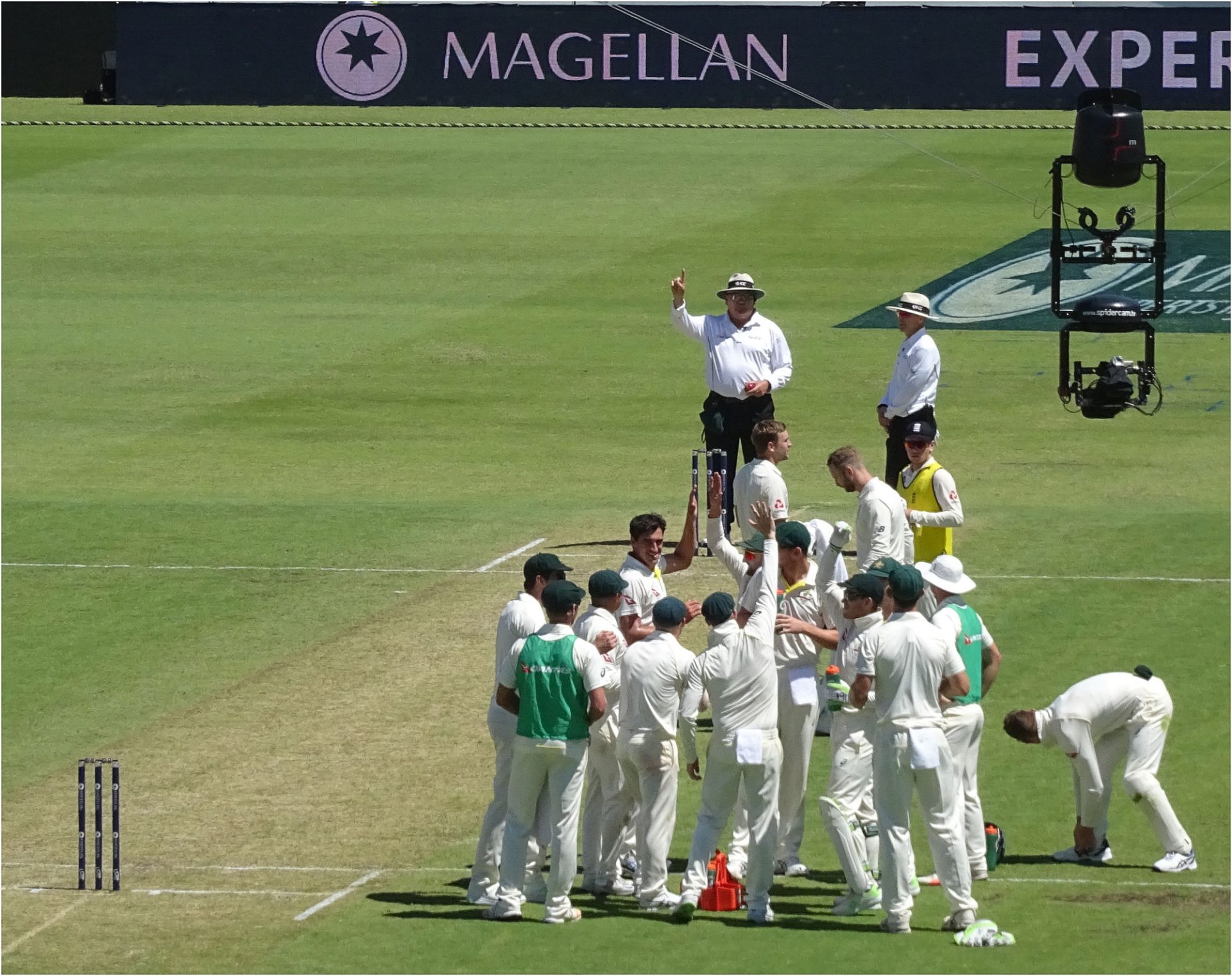 What’s the toughest job in cricket?

The answer’s none of the above. Well, at least until the team management puts in a request for Moeen Ali to become a professional umpire as well.

Because if Thursday’s 4th T20I had anything to teach us, it was that only the most desperate apply for an umpiring gig. Even trying to extract spin out of English surfaces in the middle of April is an easier task than trying to make peace with dubious replays.

The latter’s professional obligations are akin to becoming a moderator at a rambunctious debate. Both sides plead their case in front of you, even if it’s the audience they’re here to entertain. In the end, you cannot succumb to the pressure or the frailties of your mind and body. And you certainly can’t forget the rules surrounding the proceeding. There’s lots of criticism you would need to face before you even get to commit a mistake.

If I were an umpire, I’d be calling in a drinks break after every second over to replenish my physical strength. The adrenaline rush while running around the ground or by the edge of the pitch pushes the average player through till the end of the day. On the other hand, the umpire’s got to keep a razor-sharp focus on a million things, while also switching the pebbles in his hands from one side to the other. They need to sanitise the balls, put an end to juvenile banter, and most importantly, stand in the sun for most of the day doing nothing but switching ends and calling wides.

You would think the third umpire has it easier. But then, you haven’t been paying attention to the career of international cricket’s most prolific wicket-taker in recent times – Sir Soft Signal. His knighthood’s been a controversial decision considering he’s still an active player. But his prodigious output has done more for the game’s reputation than even the likes of Ben Stokes – and not in a good way.

in the 4th T20, he got into the action twice. The first – and most controversial – dismissal occurred in the 14th over, when Suryakumar Yadav tried to pull off a delicious scoop for the second time in as many balls. The ball seemingly lobbed off the edge of his bat and settled into the hands of Dawid Malan, who began celebrating, until he stopped midway, realising the cameras would now determine the fate of his catch.

And before you knew it, Soft Signal had appeared on the scene, as he’s contractually obligated to on the usage of the term thrice. He was the reason the sightscreen had declared Yadav to be ‘Out’.

The Indian commentators were caught off-guard but backed up the reasoning of Mr Sharma. There wasn’t enough in the footage to ascertain that the ball had hit the ground without Malan’s fingertips underneath them. Soft Signal had struck – and before the day ended, he would strike again.

It was at the back end of the same innings, with all but three deliveries to go, when Washington Sundar pumped the ball to the rope, only to find it lodging into Rashid’s hand this time around. The contact took place some distance above the ground, so it would be relief at last for the third umpire … is what you would think. But you haven’t been paying attention again, have you?

There are no easy decisions for umpires. And even now, he had to contend with the position of Rashid’s feet at the time he took the catch along the boundary rope. After the scramble from a few overs ago, this seemed to be a relatively calm proceeding. But as the same ‘Out’ signal flashed on the screen again, I couldn’t help but wonder what it would have been like to be in Chetan Sharma’s shoes.

I’ve just umpired a cricket game once in my life. Our coach had gone away to take a leak, and assigned me – the batting side’s most expendable tailender – to take his position behind the stumps at the non-striker’s end.

My mind must have wandered off because it was dragged into the present only by the appeals of the opposition against the batsman for a leg-before wicket. I hadn’t even noticed where the ball had pitched. But I didn’t need to. As a rule of hand, since the appeal had been made against my team, I turned it down without too much thought. The keeper shot me looks of doubt but didn’t say much more. Being an umpire comes with an added layer of gravitas, after all.

An over later, just as our coach was about to stroll back into the field, a caught-behind appeal came from the same keeper. I raised my finger. The batting side cried out in protest from their seats. But raising my hand to terminate the innings of a cricketer was the toughest – and the coolest – thing I’ve ever done on a cricket field.

I don’t even remember if the batsman was actually out. But I was certainly drunk with power.

I’ve always wondered since then why more people don’t want to be umpires. Thursday reminded me of the reason – because umpiring remains the toughest job on the cricket field.

If I ever get to umpire in a cricket match again, do you know who’s the first person I would give out when he came to bat, even if the ball pitched outside leg during the appeal? Sir Soft Signal. He sucks. Someone take away his knighthood, please.