ECB galacticos and the smell of BS

A group of supporters reformed the Lancashire Action Group late last year to lobby for better facilities at Old Trafford. An offshoot of that campaign has been a fanzine called not The Spin. It’s first edition sold 450 copies and now the second issue is about to hit the streets.  Editor and FullToss contributor Barry Turner says the plan is to provide a voice for all fans in print – something he believes no one else is doing.

In the new issue he takes a look at the ECB’s new 100 ball competition – from a different angle.

A new business model that sweeps away the old is called a disruptor these days. Uber and Airbnb are typical examples. I have lived through two traumas of this kind. The first was in the 70s when my grammar school in a poverty-stricken north-east coastal town was turned from a place full of bamboo-wielding child abusers in black capes to the Wild West when we joined up with the local secondary modern.

Incidentally, despite this disruption, five of my year got into Oxford. I doubt five people from Hartlepool have gone to Oxford since. I later happened to live next door to comprehensive system architect Shirley Williams and told her hope had abandoned that town thanks to her. But that’s by the by.

The second emergency case was a little over a decade ago when my employers, a newspaper group, were seized by a collective hysteria about the internet snatching away all that lovely advertising lolly. I was even retrained as a VJ (video journalist) but never actually shot an interview in anger.  I eventually had enough, took the cash on offer and scarpered.

What I did see, and what I see now at the ECB, is a slew of new age business gurus paraded in front of us like demi-gods. We know the future, they proclaimed!  They had utterly taken in the old guard at the top with technology babble.

Now let us look at what is happening at the ECB. On March 28 this year a new board was announced for the T20 franchise competition. Three weeks later this glitzy new money-maker had morphed into the 100 ball comp – just like that, as Tommy Cooper used to say.

Did the new board have a say? Let’s say they did. It would be logical. Who are they?

Let’s start with music impressario Mike McCormack, the man who gave Simon Cowell one of his first jobs and went on to inflict Adele on the world.

Other galacticos include Sahar Hashemi who founded Coffee Republic. Unfortunately it keeled over in 2009 but was saved in a buyout.  Never mind, she moved on from skinny lattes to Skinny Candy, some sort of low calorie sweeties outfit.

Or how about Caroline Rowlands, a promotional movie-maker who

spearheaded the film that helped clinch Qatar’s successful World Cup bid? Get in!

Former chief of hi-tech payments firm Worldpay Ron Kalifa will come in handy to help the doubloons roll in.

Leading the cast is the ECB marketing guru Sanjay Patel who has expressed the view that the ECB is now a digital agency rather than a professional sports body who do a bit of digital.

Presiding overall is our old Yorkshire chum Colin  the man from Goole’ Graves. Said to be a typical blunt-speaking Yorkshire git one wonders whether he has been bamboozled by verbal googlies from the digital whizzkids. In fact, I am sure the elders of the ECB have been bowled over by the new kids on the block.

The ECB claims to be inclusive and says it has consulted ‘stakeholders’ – this word beloved of public sector management-types is meant to represent all those with an interest in the game of cricket. Except, it seems to be missing one element. Oh yes us, the fans, members, the paying customers.

It is staggering that the lifeblood of an entire sport is blithely dismissed as irrelevant. We weren’t asked about T20, T16.4, early season fixtures, and we won’t be asked about the names for the new franchise teams.

In the Brave New World those that matter are the digital generation and those they will worship on the small screen; in England’s case Root and Buttler.

Players like this have selling appeal, it is surely no coincidence that Buttler’s exploits in the IPL resulted in a Test recall? Exploitation is at the heart of what the ECB is all about.

Branding, image rights, soundbites, digital feed—this is the new philosophy. But first there will be a battle for we are not going quietly.

But have the administrators judged the mood correctly? A lot of cricket fans feel alienated but maybe the ECB think this dying breed are not the future.

This thinking can be seen at counties like Lancashire where revenue-generation supersedes membership numbers in the level of importance.

The 100 ball idea has been eagerly gobbled up by the Lancashire hierarchy and others. But remember some disruptors fail calamitously like in the dot com boom. Watch this space..

Now is the summer

By this son of York 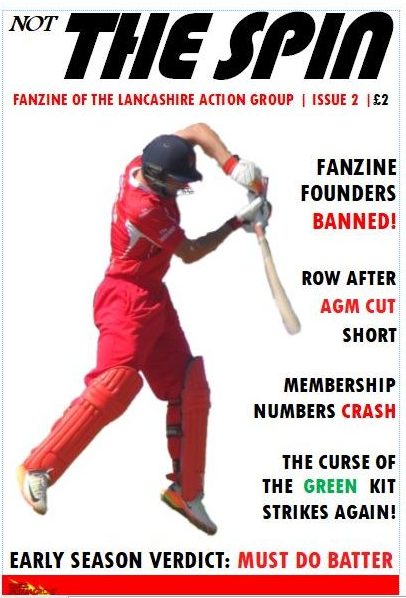