Srinivas is back with his recollections of Anil Kumble’s unexpected century at The Oval in 2007. The tour marked a significant moment for Indian cricket albeit not one of England’s finest moments.

It is Day 2 of The Oval Test of 2007 between India and England. Kevin Pietersen bowls the fifth delivery of England’s 165th over in the first innings. Anil Kumble, who is several yards down the pitch, places – if a fortuitously thick inside edge could be called that – the ball between the legs of wicketkeeper Matt Prior and beside the ‘five-run’ helmet, and exultantly raises his bat before the ball reaches the boundary rope, and even before umpire Steve Bucknor can consider signalling byes.

Nasser Hussain, commentating for Sky Sports, says, “A very popular man goes through to his first Test hundred,” and one senses genuine delight in his voice. This was surely among the most romantic cricketing moments of the 2000s, and at the centre of it was a man whose extraordinary career as an India bowler was (in this writer’s view at least) anything but romantic.

If Kumble’s Perfect Ten is sometimes diminished by claims of poor (if not partisan) umpiring and its setting – a Day 4 Delhi dustbowl which was underprepared after being vandalised for political reasons – his scarcely believable spell with a bandaged jaw at Antigua in 2002, during which he trapped Brian Lara LBW, is spoken of in heroic rather than poetic tones.

Even Kumble’s 900-odd international wickets are often undersold because not many of them were underscored by the artistic and psychological sub-plots which accompanied the leg breaks purveyed by Shane Warne, or by the extraordinary elasticity of the off-spin bowled by Muttiah Muralitharan. Even the best compliment paid to Kumble – that he was a man made a giant by perseverance – seems to be inspired by quiet respect rather than voluble adoration.

Seen within the context established above, Kumble’s Oval hundred remains special, for it presented the great Indian leg spinner’s fans with a truly rapturous moment at the tail-end of a career studded with iron-willed performances. Heightened by the sense of nostalgia that the intervening years have created, moreover, the century appears to be even more of an autumnal fairytale now than it did when it was made. 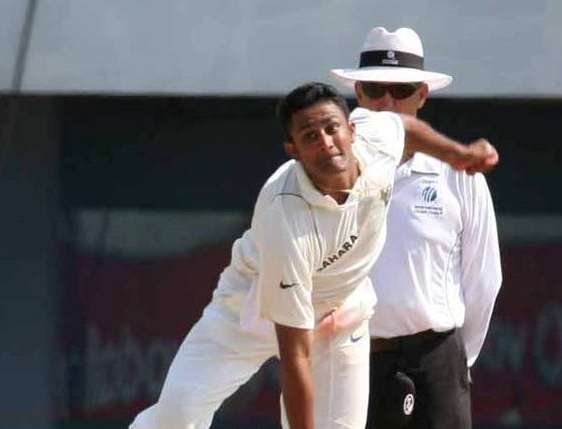 For starters, The Oval hundred came in Anil Kumble’s 151st innings and 118th Test, and no other cricketer – before or since – has had to wait as long to write their name into the list of Test cricket’s century-makers. Kumble was also just a couple of months shy of 37 – the sort of age when many sportspersons are past their peak. What’s more, whilst he had been batting alright for a while, his form did not suggest that a maiden Test hundred was on its way.

Although the pitch at The Oval has often been very good for batting, none of India’s vaunted top order, which included Tendulkar, Dravid, Laxman and Ganguly, collected a hundred in this game. The two wicketkeepers – Dinesh Karthik playing as an opening batsman, and MS Dhoni – perished in the nineties so only Kumble reached three figures. His innings batted England out of the game and all but confirmed a historic series win for India.

When India’s no. 9 Zaheer Khan joined Anil Kumble, batting at no. 8, the latter just had 25 to his name, a first Test hundred perhaps as far from his sights as ten-in-an-innings would have been eight years ago. When RP Singh, the no. 10, departed, Kumble still needed 24 to get to three figures. For company, he had last man Sreesanth, a thorn in the flesh of most oppositions but nobody’s idea of a sensible or stubborn no. 11.

On that sun-drenched August evening in London though, Sreesanth would hold fort until Kumble had gone past his hundred; only later would he stoop to slog Monty Panesar into the stands at cow corner. Earlier in the day, Kumble, batting on 60 at tea, had jokingly told his illustrious batting colleagues that it was perhaps his turn to go and get a hundred.

That he would actually get it, he wouldn’t have known; that he would get it with arguably the worst stroke he played during an otherwise cultured knock, he wouldn’t have known either. Yet, this was Kumble’s day, and fortune ensured that his lighthearted quip at teatime would not melt like a dream. The end result was a solid Test hundred, built around a serviceable defensive technique and paced predominantly by solid cuts and flowing drives on the off-side.

Though Anil Kumble’s century did not translate into a win, it went a long way in helping India keep their 1-0 lead and win a Test series in England for the first time in 21 years. A few months later, Kumble would get close to a second Test hundred, as a captain no less, at the Adelaide Oval, another of cricket’s batting paradises.

He eventually fell for eighty-seven – his third highest score in Test cricket, and an unlucky cricketing number according to some Australians, leaving in many minds the indelible memory of a single Test century made on a bright English day during the autumn of a storied career.