Here’s Abhijato with his take on yesterday’s T20 from an Indian perspective. As the perspective of most England fans would’ve been “there was a T20 on yesterday? Sorry I was watching the footie”, I think we can forgive him for celebrating the arrival of more fresh Indian talent. They just keep producing them …

“Casual vacancy means a vacancy occurring otherwise than by efflux of time.”

– Someone long before J.K. Rowling wrote a semi-serious novel borrowing the phrase.

Ishan Kishan’s been here, done that. When he slipped on a blue cricketing jersey today, it just happened to be carrying an India emblem too.

He was first picked up by the Mumbai Indians in the 2018 IPL auction for 6.2 crores, a price still unheard of when it comes to uncapped domestic players. At most, 50 lakh rupees would have been for the quality of his contemporary skill set; the rest 5.7 crores bought the rights to his potential.

His coming-of-age has run parallel to the rise of his current franchise. When MI won an unprecedented 5th title last year, he was at the forefront of their batting campaign alongside Suryakumar Yadav, the other debutant for India today. The former scored 516 runs at a SR of 145.76 and an average of 57.33 in the tournament, while the latter scored 480 runs at an average of 40—he didn’t even need to come out to bat today.

The run-chase was the anti-thesis of what we saw from the Indians on Wednesday. When KL Rahul fell in the first over of their innings without scoring a run, there was a chance India would fall into a cycle of going for shots and failing to score off them again. But all that was needed was the slightest bit of course-correction. And it was provided to them courtesy Indian cricket’s greatest ally in recent times—with an injection of exuberant youth into the side again.

Ishan Kishan took full advantage of the Powerplay restrictions, an art form he’s mastered while opening in the last IPL alongside Quinton de Kock, while his skipper Rohit Sharma was recuperating from a hamstring injury. Even now, the Indian team’s vice-captain sat out the second match in a row to rest from a hectic Test series. He took full advantage of the vacancy to ensure it didn’t remain a casual one.

A chase of 165 always meant the English bowlers would be playing catch-up. They found it much harder to stick to their plans with the grass disappearing off the surface by the time they came out to bowl. With no significant scoreboard pressure accompanying them, they were treated akin to how they’ve been treating their oppositions in the recent past—with pure disdain, which leaves them in bouts of breathlessness and symptoms of the Dropped Jawa Syndrome.

Ishan Kishan registered 56 runs beside his name on debut by the time he was done. The fact that he took only 32 balls to get there seemed suggestive of the fact that this team can follow up with the attacking ethos they’ve been hinting at adopting so far. All they needed was the right personnel for it. And who, after all, can be more effective and disrespectful than a young cricketer who actually knows what he’s doing?

The purity of disdain translated permeated the rest of the batting line-up too. Virat Kohli anchored the chase with an understated half-century full of elegant strokes and wristy flicks which seemed more insured than the windows he broke with his sixes. His score of 73 ended up being the highest in the match. But he contributed more to the match with his encouragement for the young batsmen at the other end today. Every time Kishan hit a boundary, Virat walked up to him and gave him a fist bump, then another. The debutant didn’t need to overthink his game. He just needed to be himself. It was what the management had picked him to do, after all.

Pant also swung his way to glory—and then to the dressing room. He collected 26 runs during his cameo at a strike-rate of 200, unrelenting in his slaps through mid-wicket (and over it as well) even once the required run-rate had come to a standstill. Kohli rewarded the loyalty of his new No4 by putting an arm around his shoulder every time the ball crossed the rope. It seldom bounced along the day—the ball, not the arm, which bounced aplenty in applause. 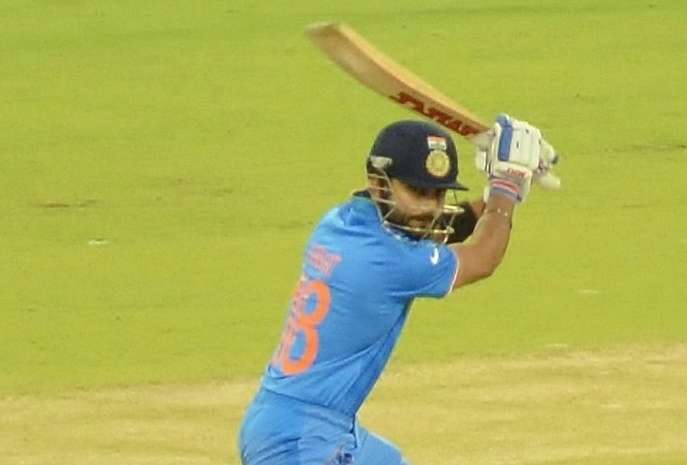 By the time Kohli capped off the innings with a six and a four in the 18th over, he had managed to slip back into his role of being the world’s best anchor again. He became the first international batsman to breach the mark of 3000 T20I runs along the way. A 71st international hundred must be on its way too. The 15-month ton drought may not end any time soon, but life’s taught him patience, and cricket’s taught him the ability to trust his game, as well as his team-mates.

The greatest trait of this All New and Improved Indian Side was on display today. Yes, aggressiveness is a by-product of this trait. But it certainly isn’t the reason they’re scaling the peaks they are in recent times.

The secret lies in the team. No, there isn’t a recipe to success beyond the strategies and the execution, but there’s a secret ingredient which helps it all come together on days like these—the Indians have learned to trust themselves. They’ve learned to back the wisdom of the young, learn from the experience of the seniors, and mash them together to live out their wildest fantasies along the way.

Whenever it comes off going forward, it’s going to be spectacular. Kohli’s always going to end these games with a smile on his face or a scowl on it instead—either ways, wouldn’t we be entertained?