Pride Goeth Before Destruction, And An Haughty Spirit Before A Fall – New Zealand In Australia

You know how people were saying that New Zealand had a great chance of beating the Aussies in Australia this winter? Hmmmm. Turns out not so much. Our resident Kiwi, Pete Cresswell, tells us where it all went so badly wrong for everyone’s second favourite Test team.

In November 2019 the Black Caps were riding at possibly their highest ever (test match) tide. They dispatched the touring England side (comfortably winning the boundary count-back) to win their 7th consecutive home test series. What’s more, they were second only to India in the test rankings following some good recent away results in Pakistan and Sri Lanka.

Next stop was a three-test series in Australia, including New Zealand’s first Boxing Day test appearance in Melbourne since 1987. Fans were excited. Fans were optimistic. Highlight reels of NZ’s Hadlee-dominated series win in Australia in 1985 were rating well on Sky NZ, and over 20,000 New Zealanders crossed the Tasman so they could witness the humbling of the Aussies first hand.

The reasons for this confidence were clear. Batting-wise, Kane Williamson was very much a member of the Big Three alongside Smith and Kohli. The Aussies had their star batsman but so did the Kiwis. Meanwhile, Tom Latham, Ross Taylor & Henry Nicholls had all posted impressive scores in recent times and were averaging over 40 in Test cricket.

Meanwhile, in BJ Watling NZ had a very tidy keeper who specialises in tough runs. He seemed to have the edge over the much maligned Tim Paine, who can hardly muster a decent sledge let alone valuable runs for his side. All rounder Colin de Grandhomme was also proving a tidy #7 batsman, averaging 40 and contributing regular wickets at as a 4th seamer. The only question mark hung over the out of form opener Jeet Raval.

When it came to the bowling, the Black Caps were also in good shape. Trent Boult, Tim Southee & Neil Wagner comprised one of the finest seam attacks around. And then there was the searing pace of Lockie Ferguson waiting in the wings. New Zealand were well equipped to fight fire with fire. Only the spin department, where Mitch Santner had clung to the job ahead of Todd Astle partly thanks to his century against England, looked less than stellar.

Basically the signs were good. New Zealand had a talented and balanced XI ready to take the next step – a step that could earn them legendary status.

And then the wheels fell off.

Australia is a tough country to tour, with conditions very different to anywhere else. The locals’ bowling ranks looked ominous, with Pat Cummins in peerless form backed by Starc, Hazlewood, Pattinson, and of course the GOAT Nathan Lyon. David Warner had re-found form after his dreadful awful Ashes, and Labuschagne & Smith loomed in the middle order.

Teams that win in Australia tend to need both luck and skill to succeed. NZ’s luck turned out to be extremely bad. And a lot of their skill deserted them.

We went into the day/night test in blistering hot Perth without playing a warmup match – never ideal – and without the injured Trent Boult. Tim Paine won the toss and batted, Locke Ferguson broke down after 11 overs, and the writing was on the wall.

Although it must be said that Hazlewood also broke down in the match, the other Australian bowlers were fortunate enough to hit the heat-addled NZ batsmen in the twilight session with a new pink ball. Typical eh. And that was all she wrote. The result was a near-300 run loss.

Melbourne saw Boult return, and Tom Blundell pushed into service as make-shift opener in place of the hapless Raval. Unfortunately Williamson opted to bowl first on winning the toss – he must have been taking advice from Nasser Hussain – and once the early green tinge burnt off the Aussies marched past 400 again.

Off the pitch at least the Kiwi supporters were holding their own though. Travelling Kiwi fans (including yours truly) pushed Melbourne crowds up to their best non-Ashes total since the West Indies in 1975. The banter between the Richies & the Beige Brigade was also evenly matched and remained at “friendly” level. 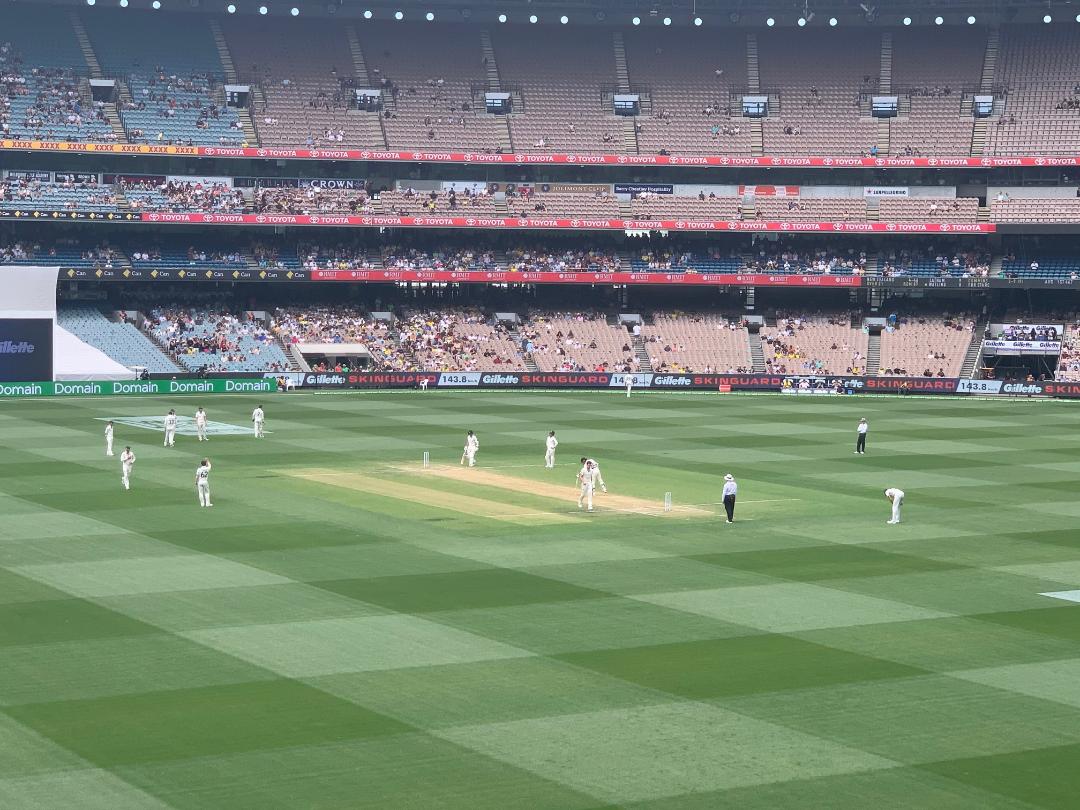 New Zealand’s injury hoodoo bit again when Boult’s broken hand ruled him out of the 3rd test in Sydney. And to add to our woes, Kane Williamson, Henry Nicholls & Mitchell Santner succumbed to an England-esque flu bug (granted Santa’s Little Helper was likely to be dropped anyway). Once Tim Southee was rested in favour of Matt Henry’s extra pace, NZ went into the game shy of 11,000 test runs, 294 test wickets & 267 caps. Hardly ideal.

Tim Paine won the toss, Australia posted over 400 yet again on the back of Labuschagne’s runs (across 5 tests this home summer he posted 896 runs in 8 innings at 112), and then guess what? Matt Henry broke a finger. You couldn’t make it up. More feeble batting saw NZ succumb by 279 with Lyon picking up 10 wickets. Ouch.

The series positives for NZ were meagre after a 0-3 loss. Neil Wagner bowled tirelessly, bouncing Steve Smith out 4 times in a row (Smith “only” averaged 42 in the series). Leg spinner Todd Astle showed glimpses of potential in Sydney, while Tom Blundell earned himself a run in the team as an opener, particularly with alternate options Will Young (returning from injury) & Devon Conway (not yet residency qualified) unlikely to face India in March.

The negatives were plenitful. Kane Williamson looked at times to be struggling with his workload and in need of a rest. We also seem to lack depth in a number of areas – as is the norm given NZ’s small player base.

The crowds at least were brilliant. Kiwi fans belied their dour reputation by turning out in numbers & supporting the team to the end. Hopefully this support means it won’t be another 32 years before New Zealand play their next Boxing Day Test.

Overall Australia looked serene at home – the utter bastards – and it’s very hard to see any team winning there soon. Although having said that, England seem to be building a competitive team quite nicely. Perhaps you guys will be the ones to dethrone the mighty Aussies in 2021/22?

Just kidding folks. You’ve got no chance either.